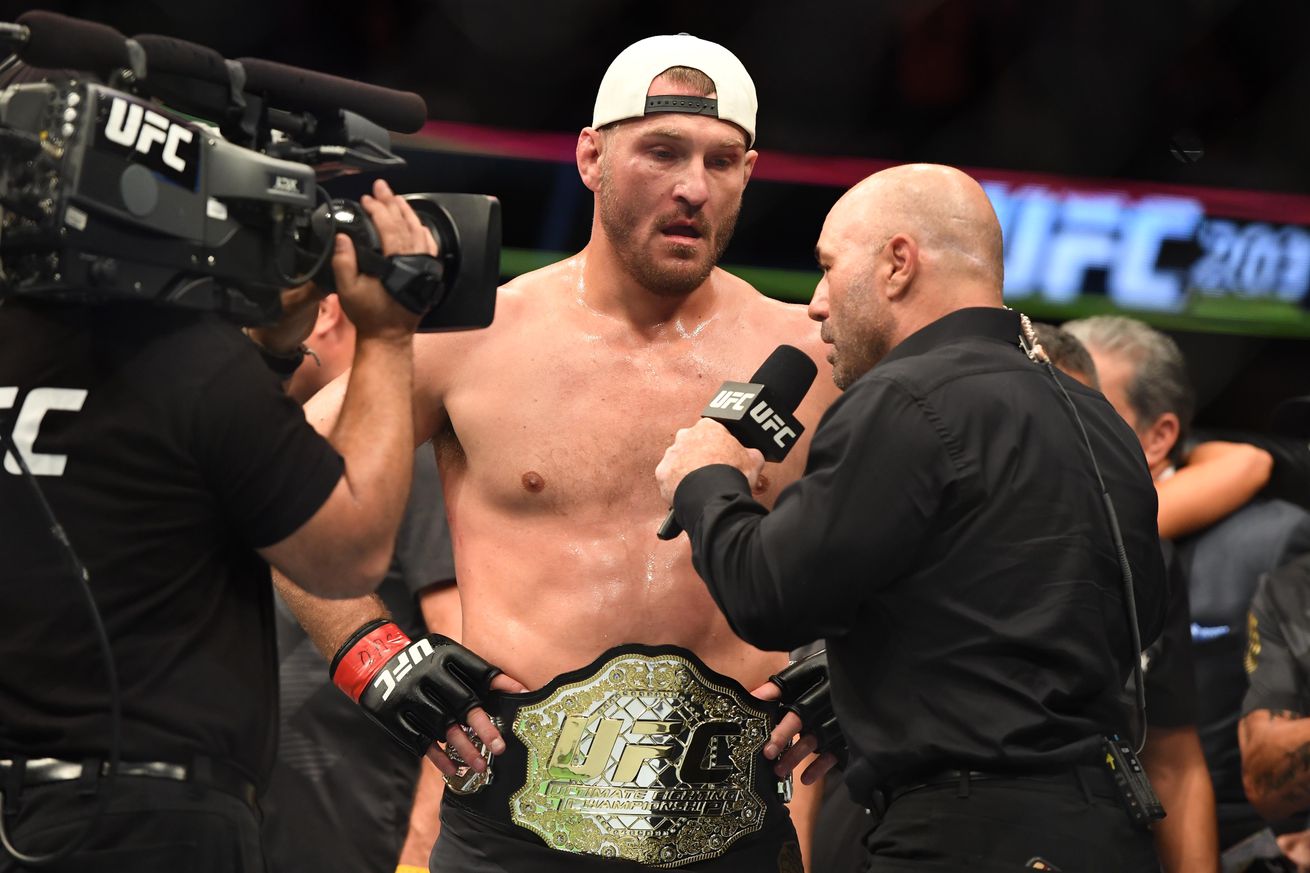 Barring amputation, or perhaps the tapeworm diet, it’s unlikely Ultimate Fighting Championship (UFC) heavyweight champion Stipe Miocic will ever be able to make 205 pounds. But if someone competing at light heavyweight wanted to move up…

Not longer after Miocic retained his title at UFC 203, thanks to last weekend’s thrilling knockout win over Alistair Overeem (watch it), former 205-pound kingpin, Jon Jones, was asked about fulfilling his dream of world titles in two separate weight classes.

And “Bones” is ready for the “challenge of a lifetime” (those comments here).

Jones isn’t going anywhere just yet, as he still has to settle his business with United States Anti-Doping Agency (USADA), as well as Nevada State Athletic Commission (NSAC), thanks to a failed pre-fight drug test in the days prior to UFC 200 back in July.