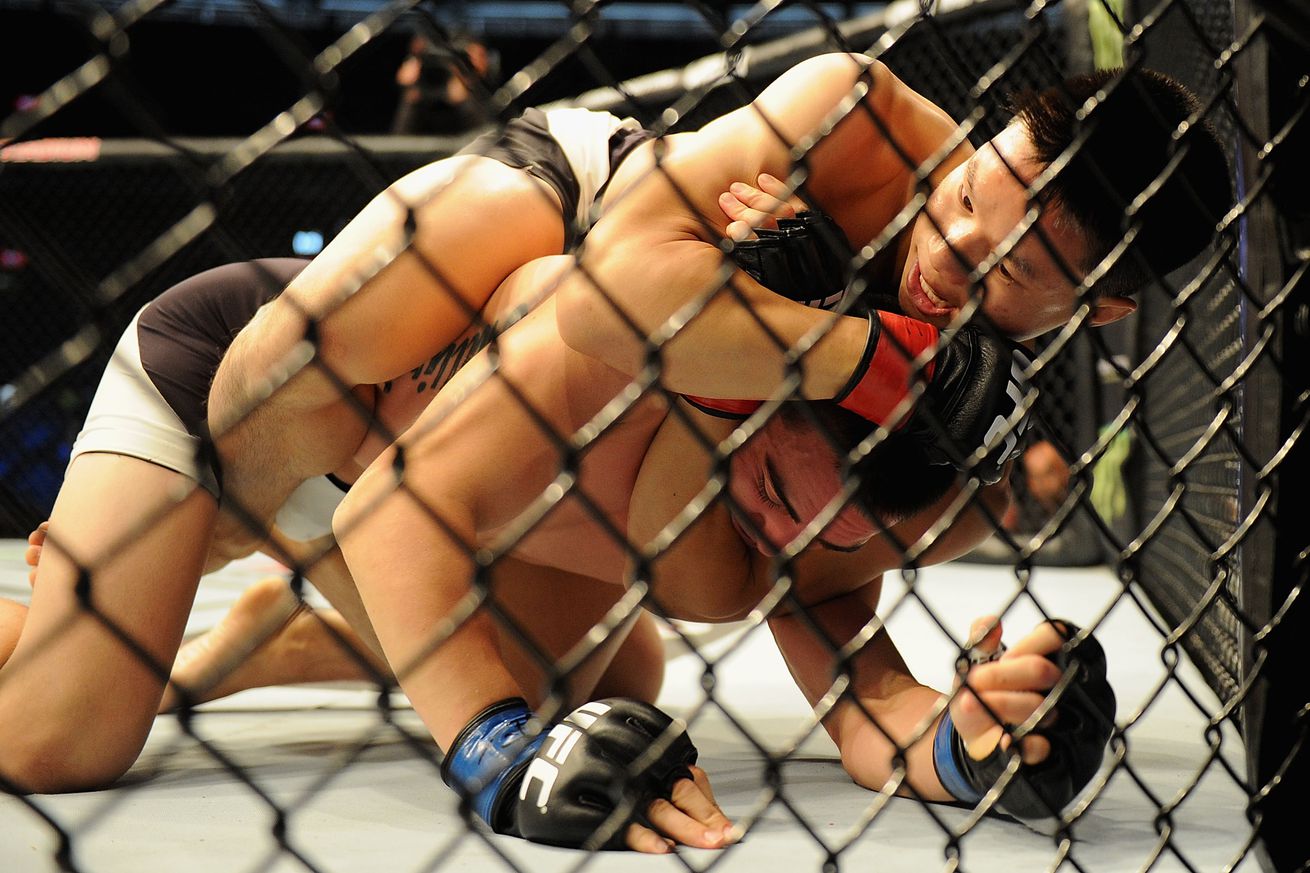 Rising UFC flyweight prospect Ben Nguyen cashed in on a grand opportunity earlier tonight (Sat., June 10, 2017) at UFC Fight Night 110 live on FOX Sports 1 from inside Spark Arena in Auckland, New Zealand, when he submitted former title challenger Tim Elliott via first-round guillotine choke. The opening moments of the fight were frantic, as Nguyen landed huge head kicks before Elliott dragged the fight to the canvas. From there, Nguyen worked to the back after a scramble along the cage and locked in a tight choke. Elliott fought for a few moments before tapping and dropping his second loss in his last three Octagon appearances.

The memorable submission finish can be seen below courtesy of UFC.

With this victory, Nguyen forms a two-fight win streak and pushes his UFC record to 4-1. The UFC flyweight division is very thin these days, so another performance like this one could land Nguyen a fight or two away from a title shot. If anything, he’ll move up the rankings next time out.