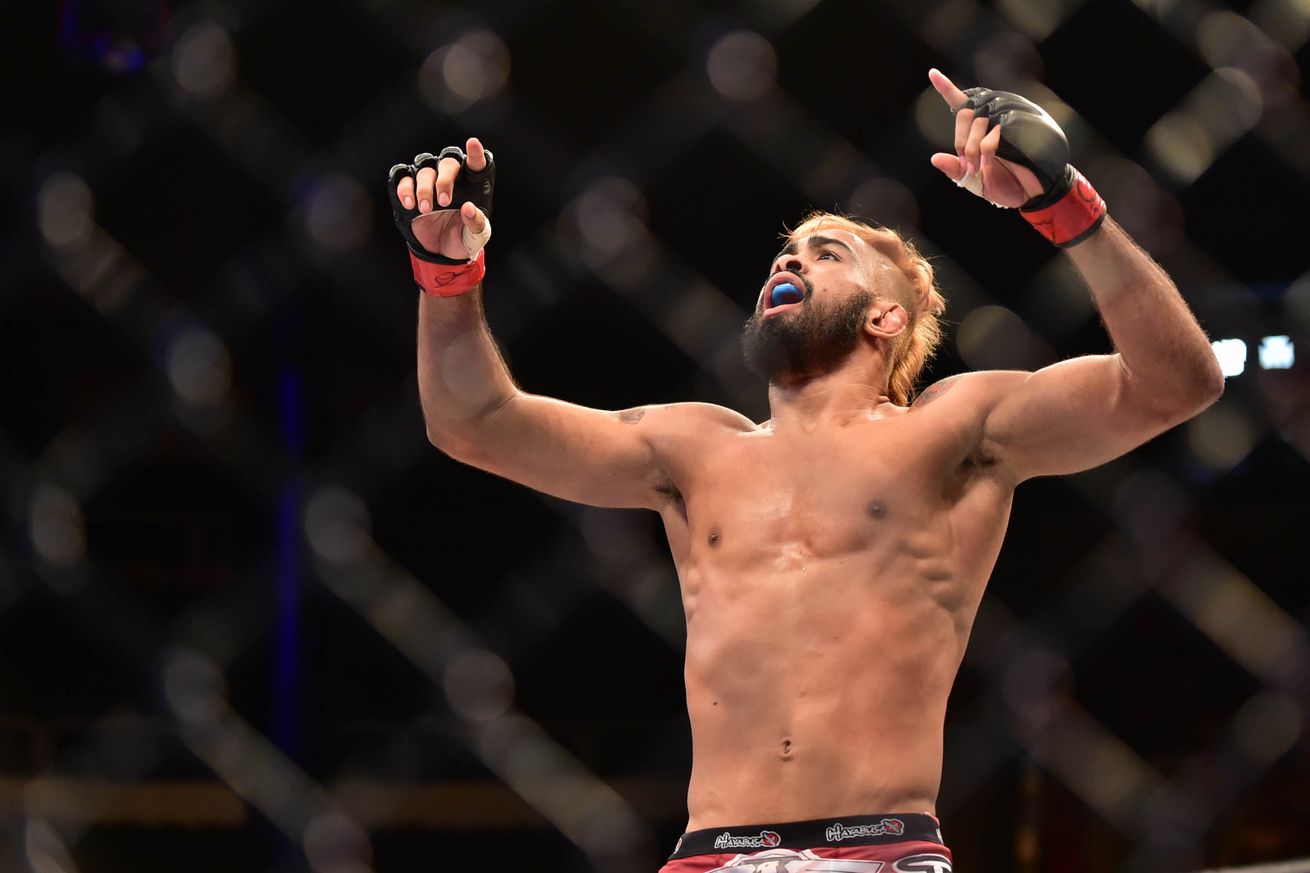 Forget about Cris Cyborg. The rest of the main card tonight (Sat., Sept. 24, 2016) at UFC Fight Night 95 live on FOX Sports 1 from Ginasio Nilson Nelson arena in Brasilia, Brazil, offered wild exchanges on the feet. In a featherweight scrap between Godofredo Pepey and Mike De La Torre, the fists flew and the finish culminated.

After sparking a first round reminiscent of Diego Sanchez vs. Clay Guida, the two 145-pound strikers unloaded everything they had. De La Torre hung in tough even when he got rocked, but a furious offensive onslaught by Pepey seemed to make the difference. The Brazilian stunned De La Torre, knocked him silly, advanced on the ground and secured the first-round, rear-naked choke finish.

The memorable stoppage can be seen below courtesy of UFC.

Godofredo Pepey kicks off the main card with a 1st round rear naked choke! #UFCBrasilia https://t.co/fnyKIJ6tQP

With this win, Pepey moves back into the featherweight win column after recently losing to Darren Elkins back at UFC on FOX 20 via unanimous decision. He remains one of the best pure finishers in the promotion today and a guy that can get any crowd on its feet, not just a collection of hungry Brazilian locals.