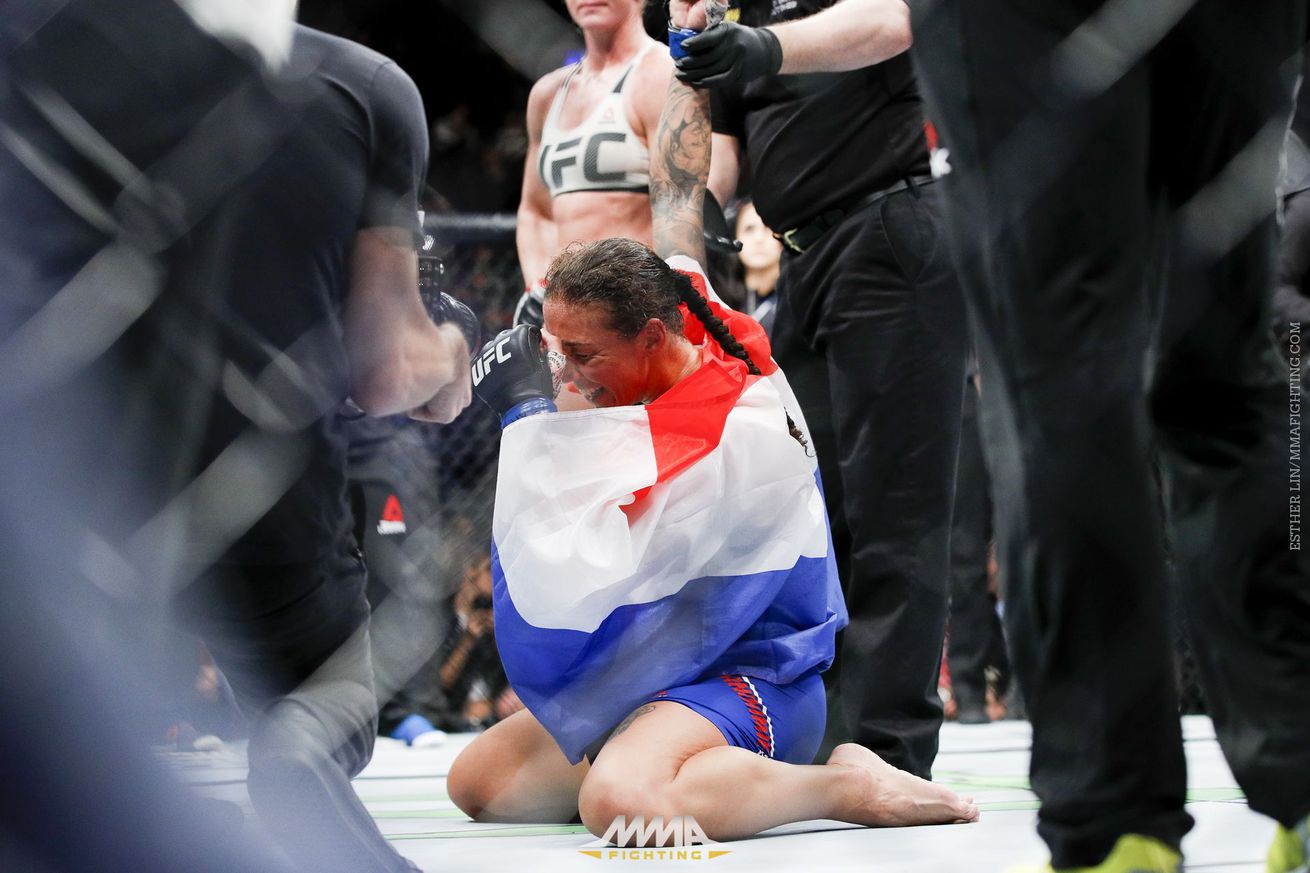 New UFC featherweight champion Germaine de Randamie’s next move could be a rematch with Holly Holm. Or matchup with Cris “Cyborg” Justino. Or hand surgery.

In a Thursday media teleconference, de Randamie, calling in from Holland, said she’s yet to see a doctor regarding the ligament injuries to which she briefly alluded in the cage following her UFC 208 decision win over Holm at Brooklyn’s Barclays Center.

“At this point I haven’t been able to see a doctor yet,” de Randamie said. “They will evaluate and then I’ll know what the next thing will be.”

De Randamie explained that an old ligament injury, initially suffered in a 2015 TKO win over Larissa Pacheco, flared up in training camp leading up to the Holm fight. At the time, her doctor advised that while should could probably go through with the Holm fight, she’d need a procedure eventually one way or another.

“I injured my hand after a fighter with Larissa Pachenko,” de Randamie said. “I continued to train, I train and I train and it bothered me for a long time. During this camp it started bothering me more and more, so I’ve been with an orthopedic surgeon, a hand specialist, he said you probably need surgery because you have some torn ligaments in the hand. He said you could fight first, but after the fight is over you have to come over and see what we can do.”

The surgery talks has led some to claim that de Randamie is ducking “Cyborg,” the former Strikeforce and current Invicta featherweight champion, particularly since de Randamie offered Holm a rematch first.

De Randamie said she’s not concerned with what critics think.

“I really don’t take it personal,” de Randamie said. “Everyone is entitled to say whatever they want to say. I know I’m not afraid and I know I will fight everybody. Right now there’s a lot going on right now and my focus is somewhere else. At the end of the day, it’s been five days since I fought for the UFC belt and I’ve been so busy, so happy, and haven’t really had time to enjoy it. Right now I’m going to enjoy it, I’m going to see a doctor, and whatever happens after that, happens after that.”

Justino is currently under temporary suspension by USADA due to testing positive for a banned diuretic in an out-of-competition test administered in December. She is attempting to receive a retroactive therapeutic use exemption for drug.

For her part, de Randamie says she doesn’t know enough about the situation to make an informed comment.

“To be honest, if she gets the exemption, I think that’s up to Cris and the athletic commission,” de Randamie said. “I don’t know much about this stuff she asks exemption so I should first read up before I make a statement about that. If they give her an exemption, there must be a good reason for it.”

Beyond that, de Randamie wants to wait until she hears back from her doctor before committing to any of the options in front of her.

“I think it’s going to depend on what my doctors say. I have to go back to the doctor. they’re going to see what the damage is and what’s the extent of the damage. They’re going to decide if its a smart decision to fight or go to the surgery first.”