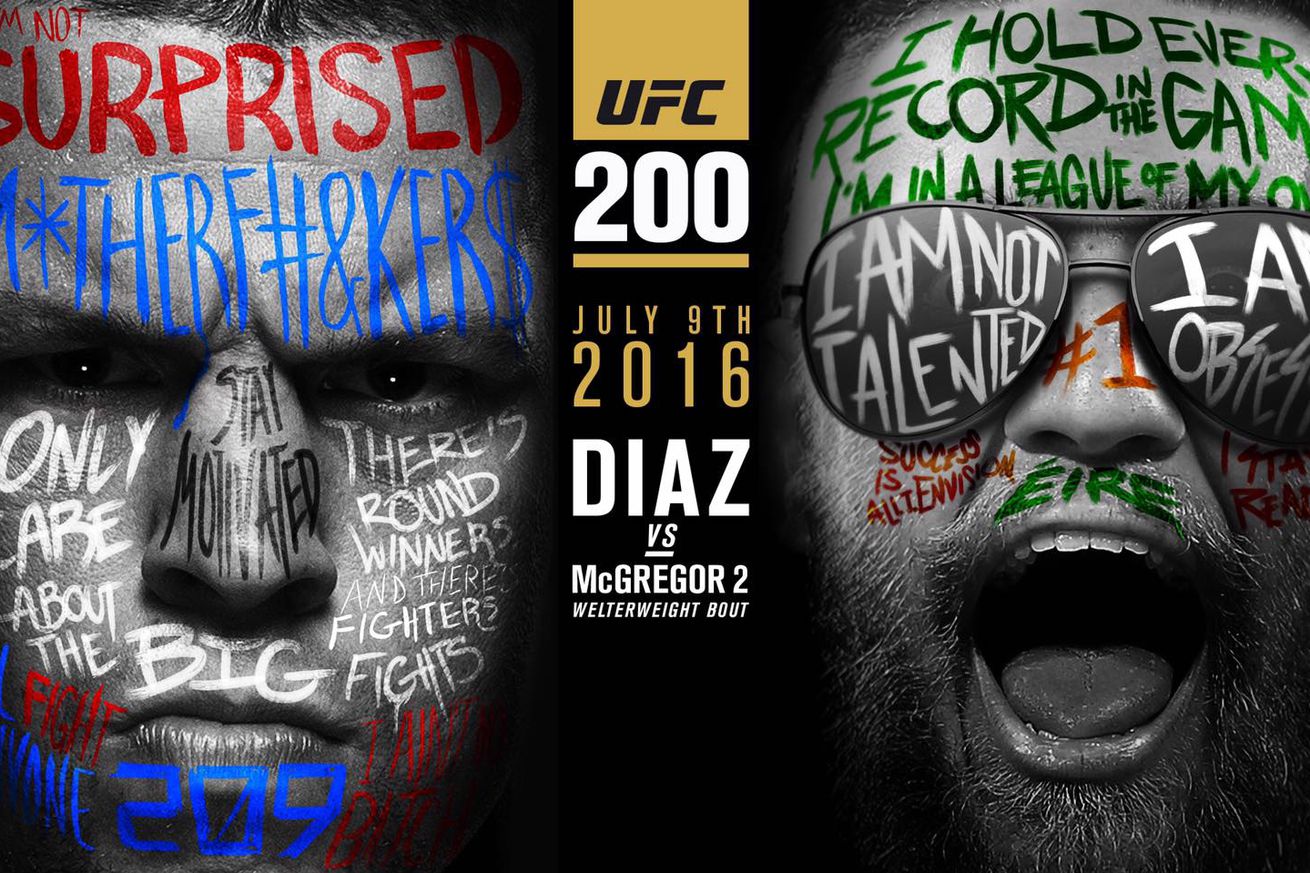 When you have headliners like Nate Diaz and Conor McGregor, you need an event poster as colorful as their personalities.

In the UFC 200 co-main event, Frankie Edgar and Jose Aldo will rematch for the interim 145-pound title (details), since McGregor is too busy messing around at welterweight to defend his featherweight crown. “The Answer” came up short to “Junior” when they first threw hands at UFC 156.

To see who else is fighting at the UFC 200 extravaganza — which appears to be growing by the minute — check out the latest and greatest “Diaz vs. McGregor 2” fight card and rumors right here.