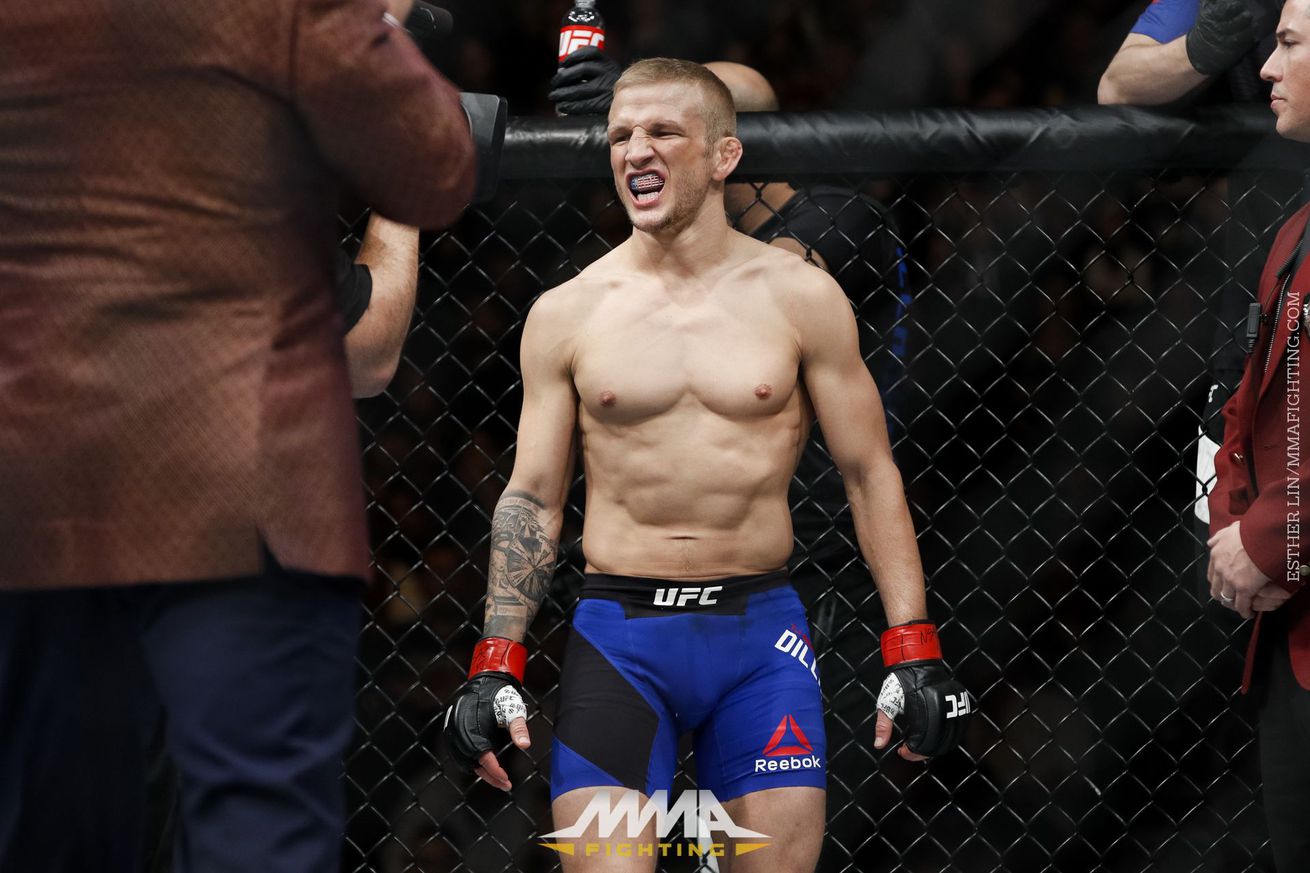 UFC bantamweight champion Cody Garbrandt recently claimed there is footage of a gym knockout he scored over T.J. Dillashaw back when Garbrandt had just launched his MMA career and both men trained at Sacramento’s Team Alpha Male.

To which the former champ basically responded: Put up or shut up.

On a recent edition of The MMA Hour, Dillashaw — who left TAM for Colorado’s Elevation Fight Team in a highly visible split a couple years back — said that no such footage exists because it never happened.

So Dillashaw called the new champ’s bluff and told him to release the footage if he has it.

“He keeps talking, he has footage on it,” Dillashaw said. “I think that’s hilarious because he’s digging himself a hole. If you’ve got footage on it, put it out. It has not happened. If he does, put it out there, because it didn’t happen.”

Dillashaw became TAM’s first UFC champion when he finished Renan Barao at UFC 173 to win the bantamweight title. He held it for a year-and-a-half before dropping the belt to Dominick Cruz last January in a razor-thin decision.

Dillashaw doesn’t deny Garbrandt that hits hard, but says he’s never been knocked out cold, whether in the Octagon or in the gym.

“We’ve definitely thrown down,” Dillashaw said. “Don’t get me wrong, Cody is a tough kid. It’s funny for him to talk about how he’s knocked me out before. The closest I’ve been to being knocked out is in the John Dodson fight when he clipped me.”

With an impressive victory over John Lineker at UFC 207, Dillashaw secured his title shot against Garbrandt. The two former teammates are currently coaching on the 25th season of The Ultimate Fighter.

In the meantime, Dillashaw maintains that if the rumored knockout footage exists, Garbrandt should release it to the public.

“Put it out there,” Dillashaw said. “And if it did [happen], I must not remember it because I got knocked out. It didn’t happen.”