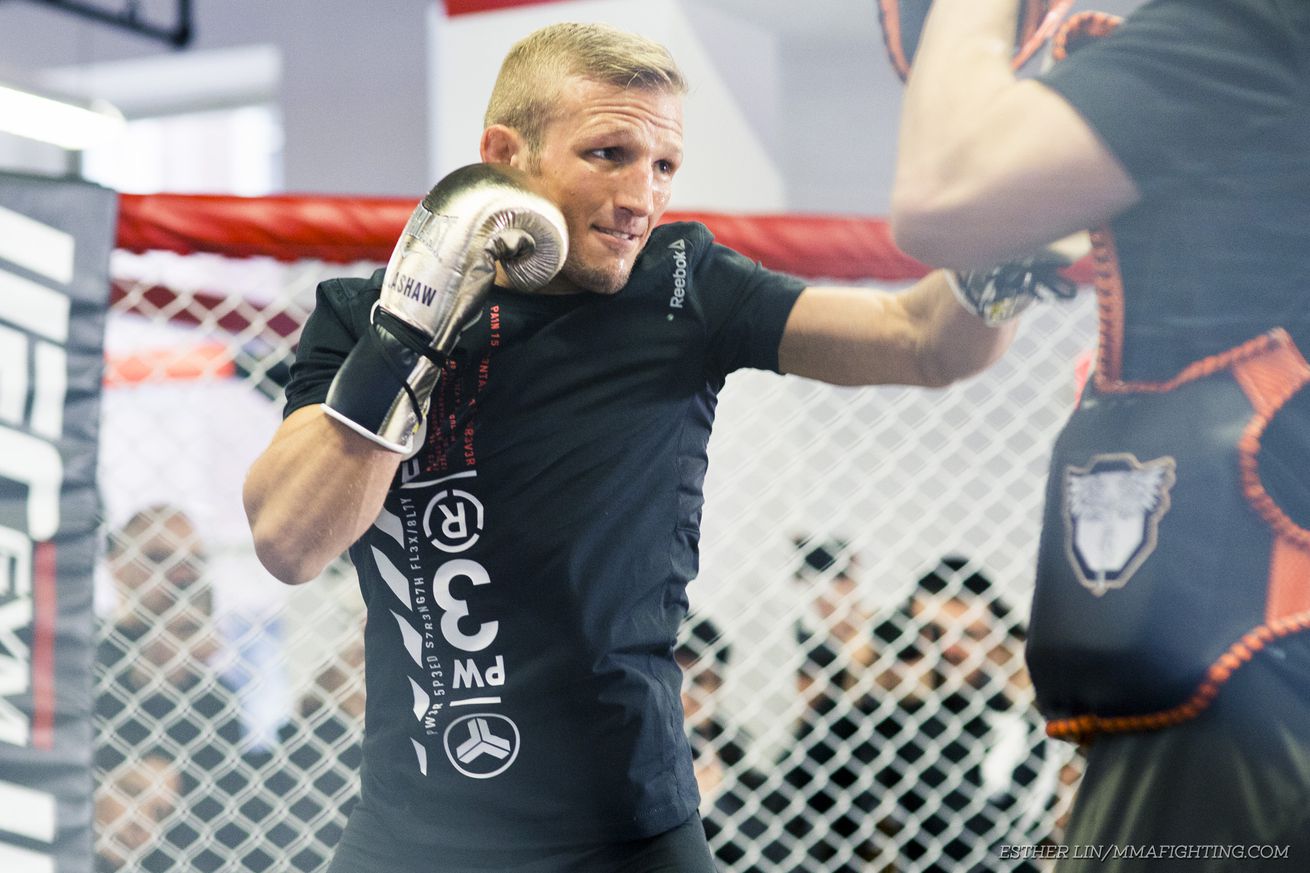 LAS VEGAS — T.J. Dillashaw is no stranger to the man challenging for the UFC bantamweight belt on Friday night. Dillashaw and UFC 207 co-headliner Cody Garbrandt were once teammates at Team Alpha Male before Dillashaw left the Sacramento-based gym. And now, much to Dillashaw’s surprise, he has found himself in the crosshairs of Garbrandt in the lead-up to Dec. 30.

Garbrandt, in speaking with various media throughout fight week, has made it clear that he believes both Dillashaw and the man Dillashaw meets at UFC 207, No. 2 ranked bantamweight John Lineker, would be “easy fights” for him in the future. Garbrandt has also criticized Dillashaw for lacking power stemming from their time together in the gym, although Dillashaw isn’t buying what Garbrandt is selling.

“He knows that’s not true because I made him cry multiple times after practice,” Dillashaw said ahead of UFC 207. “So, he can say as much as he wants, but he knows it’s not true. I remember him getting ready for the (Marcus) Brimage fight (at UFC 182) and he just lost it because I just beat the sh*t out of him. So, he can pump himself up like a politician and think he’s this big, bad man, but everyone’s got their weaknesses.”

The fight week trash talk has continued a wearisome trend for Dillashaw, whose split from Team Alpha Male in late 2015 was widely publicized in part due to the attention given to it by Conor McGregor on The Ultimate Fighter 22, much to Dillashaw’s chagrin. While some animosity still lingers about the way the situation was handled, Dillashaw wished the team’s captain Urijah Faber well in Faber’s recent retirement fight. And despite Garbrandt’s barbs, he has no intention of further stoking the flames while he remains friends with many members of the team.

“I don’t want to, man. I have a lot of friends at Alpha Male still,” Dillashaw said. “I still have a lot of guys I stay in touch with. Chad Mendes, I’m hunting with all the time. Lance Palmer, I’m always talking with. Danny Castillo. Justin Buchholtz is one of my best friends. So that’s something I wouldn’t really want, having to be a rival with those guys, because I love all those guys. So it’s a tough one.”

Dillashaw may not have choice though, as a victory over Lineker at UFC 207 would likely thrust him back into pole position for another shot at the UFC bantamweight strap. In that case, Dillashaw would either be poised to rematch the division’s reigning champion Dominick Cruz, or be forced to rekindle his grudge with Garbrandt and fight against his former Sacramento team.

But Dillashaw, who has extensive experience with both fighters, believes that Cruz will ultimately get things done on Friday.

“This sport is crazy, anything can happen,” Dillashaw said. “But if I was a betting man, I would bet on Cruz.”