Home MMA News T.J. Dillashaw wants rematch, will be ‘sick to my stomach’ if Urijah Faber gets title shot
ShareTweet 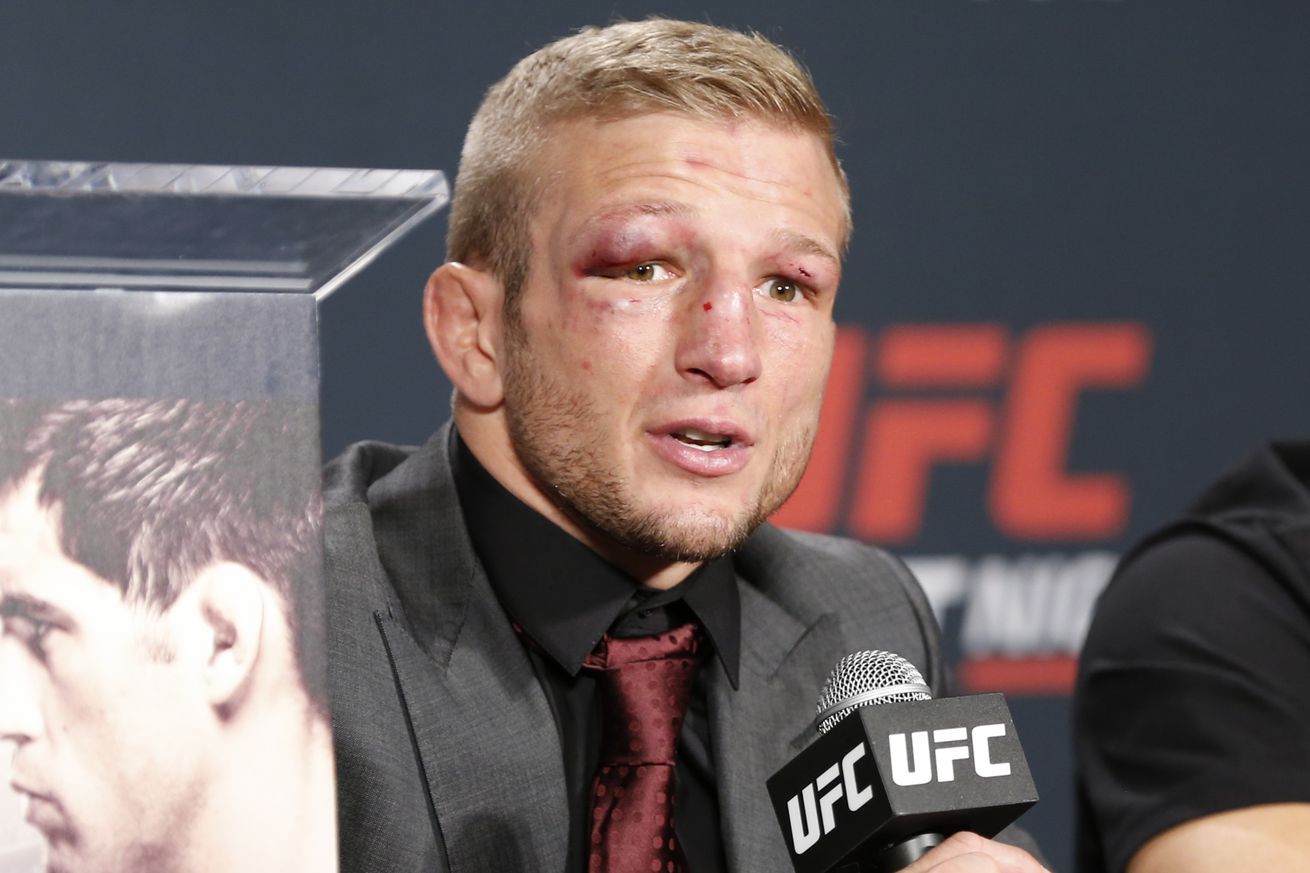 T.J. Dillashaw isn’t sure about his next step, but he certainly knows what he’d prefer. Just days after dropping his UFC bantamweight title to Dominick Cruz with a divisive split decision loss at UFC Fight Night 81, Dillashaw appeared on Monday’s episode of The MMA Hour and called for an immediate rematch, defending his position by pointing to the rematches he was forced to give Renan Barao despite brutalizing the Brazilian to capture the title in the first place.

“I think we’re going to be talking to Dana (White) and Lorenzo (Fertitta) here real soon,” Dillashaw said. “I’m kind of letting the dust settle. I don’t want to seem overly pushy about it. I told Dana after the fight that I want that rematch and I felt I deserved it, and so I’m hoping he’s taking that into consideration. I’m hoping he’s taking into consideration what I had to do.

“When I won the belt, I dominated Renan Barao, and they gave him an instant rematch within two months. And then he missed weight and they still gave him a rematch. So, I feel like it’s deserved. I feel like I did the exact (same thing), and this fight was actually close, if not the wrong decision, to where it should get a rematch. I feel like I am the most deserving of that shot. I still feel like I should be the champ right now and I want that fight.”

Dillashaw came on strong against Cruz in the championship rounds, but ultimately fell short on two of the three judges’ scorecards, losing his title on Jan. 17 via split decision. However the lone dissenting judge, Sal D’Amato, scored the bout 49-46 for Dillashaw, and indeed the margin of victory in several rounds was razor thin, with the second frame ….View full article