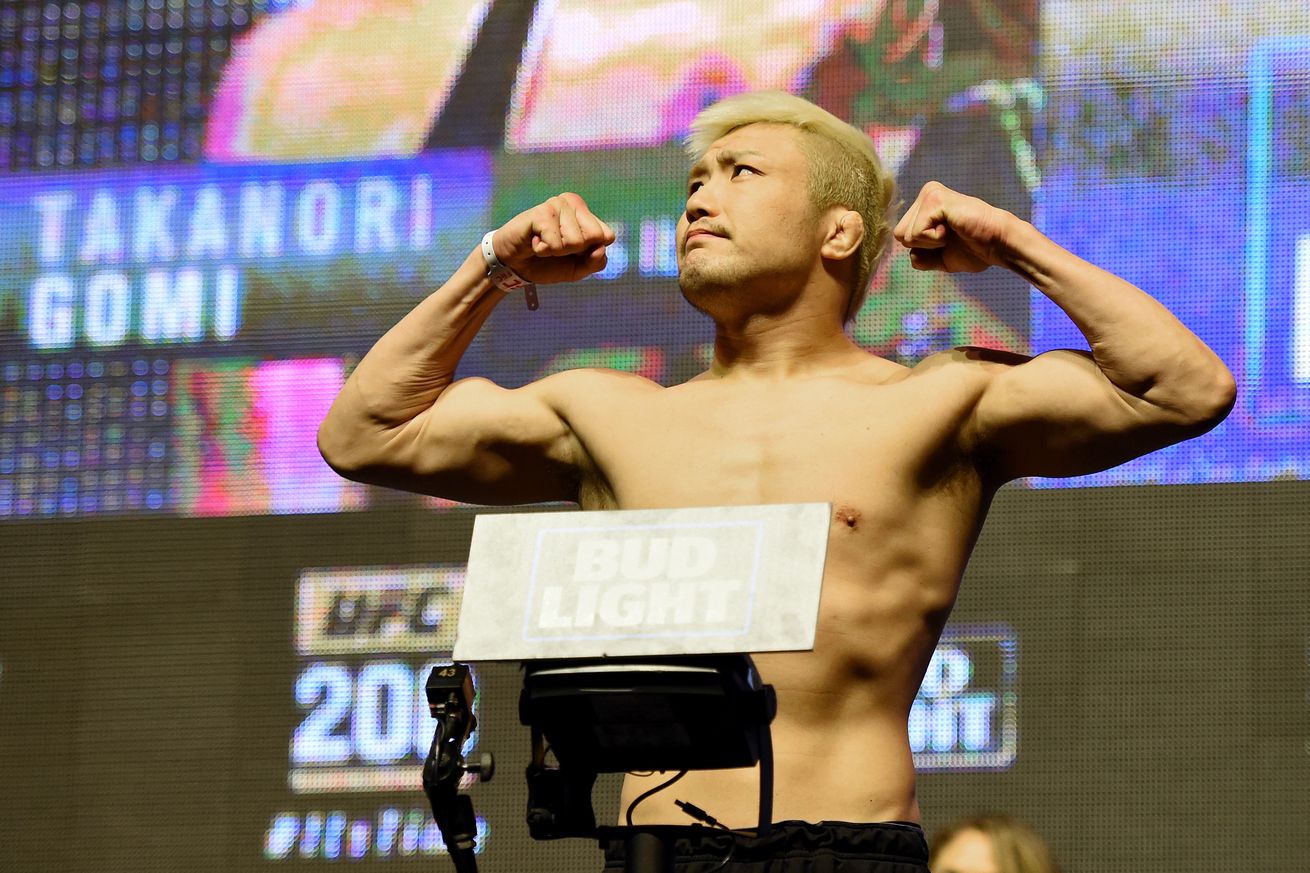 Ultimate Fighting Championship (UFC) is bringing back a couple of aging veterans for a pair of international fight cards this fall.

First up will be former PRIDE lightweight champion Takanori Gomi, 38, who collides with Dong Hyun Kim (“Maestro,” not “Stun Gun”) at the UFC Fight Night 117 event on FOX Sports 1 from Japan.

MMA Junkie brought word of that pairing on Friday.

Gomi (35-13, 1 NC) has now lost four in a row and was finished in each defeat. Kim (14-8-3) recently snapped a two-fight losing streak by outpointing Brendan O’Reilly at The Ultimate Fighter (TUF) 24 finale last December.

Hard to imagine Gomi gets another UFC fight with a loss.

Also making his UFC return — and also no stranger to PRIDE FC — is Antonio Rogerio Nogueira, who locks horns with light heavyweight slugger Jared Cannonier. They’ll mix it up at the UFC “Norfolk” event slated for Virginia’s Ted Constant Convocation Center on Nov. 11.

That’s according a report to Combate.

The 41-year-old Nogueira (22-8) has not competed since his technical knockout loss to Ryan Bader in late 2016. Cannonier (10-2), meanwhile, elbowed his way into the win column at TUF 25 Finale last July.