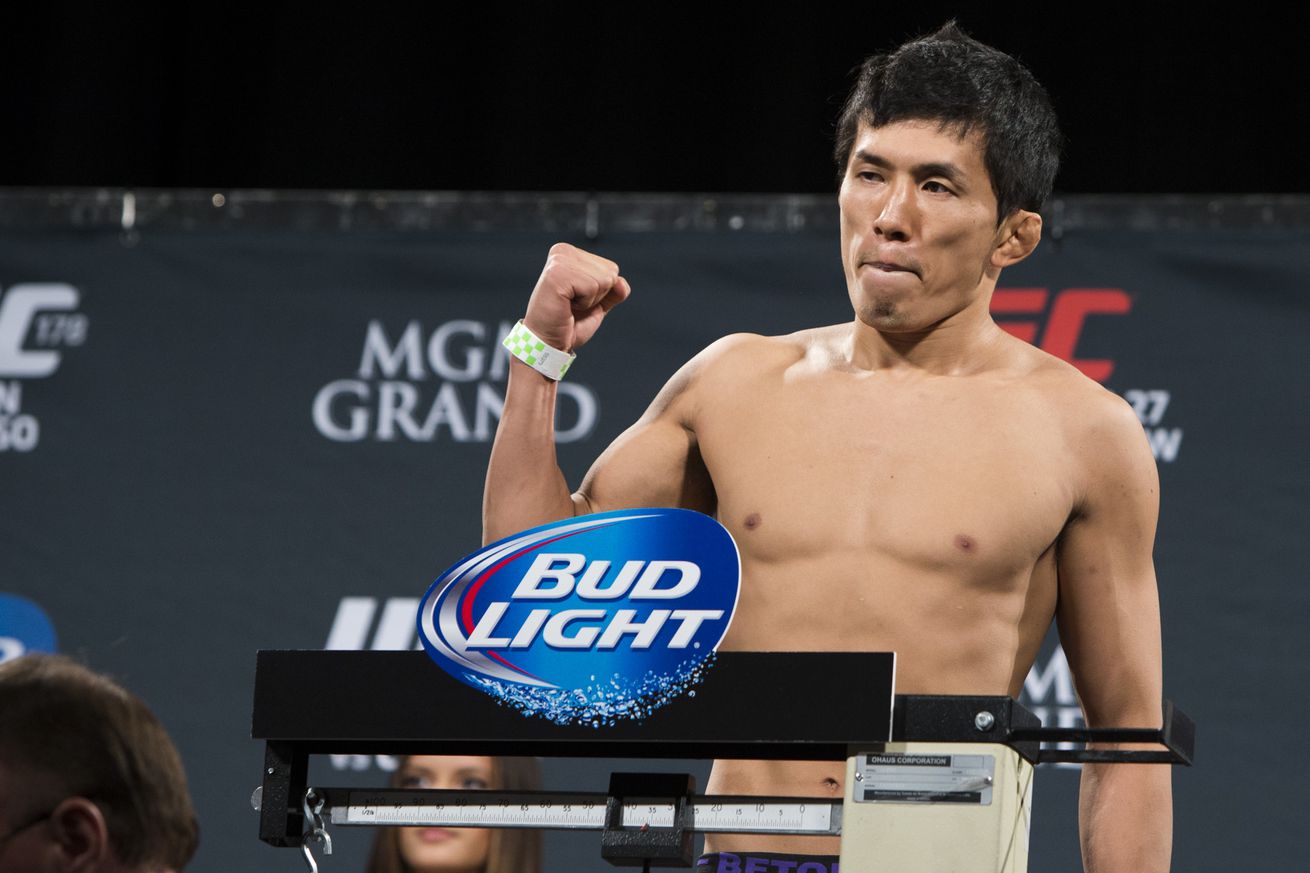 A bantamweight bout pitting WEC veterans Takeya Mizugaki and Eddie Wineland has been added to UFC on FOX 22.

The news was first reported by Jason Floyd on Wednesday and was later confirmed by MMA Fighting.

Mizugaki is returning to the octagon after suffering a first-knockout loss Cody Garbrandt back in August at UFC 202. Mizugaki is 1-3 in his past four trips to the octagon, but prior to that he was ranked in the top five of the bantamweight division, riding a five-fight wining streak. The 32-year-old Japanese fighter is currently ranked 14 in the division.

Wineland last fought in July at UFC on FOX 20, stopping Frankie Saenz via technical knockout in the third round. That performance earned him a $50,000 Performance of the Night award. Wineland, 32, is ranked No. 12 in the UFC’s 135-pound division and is 2-2 in his last four outings.

UFC on FOX 22 is set to take place on Dec. 17 at the Golden 1 Center in Sacramento, Calif. Strawweights Paige VanZant and Michelle Waterson are scheduled to fight in the main event of the card.