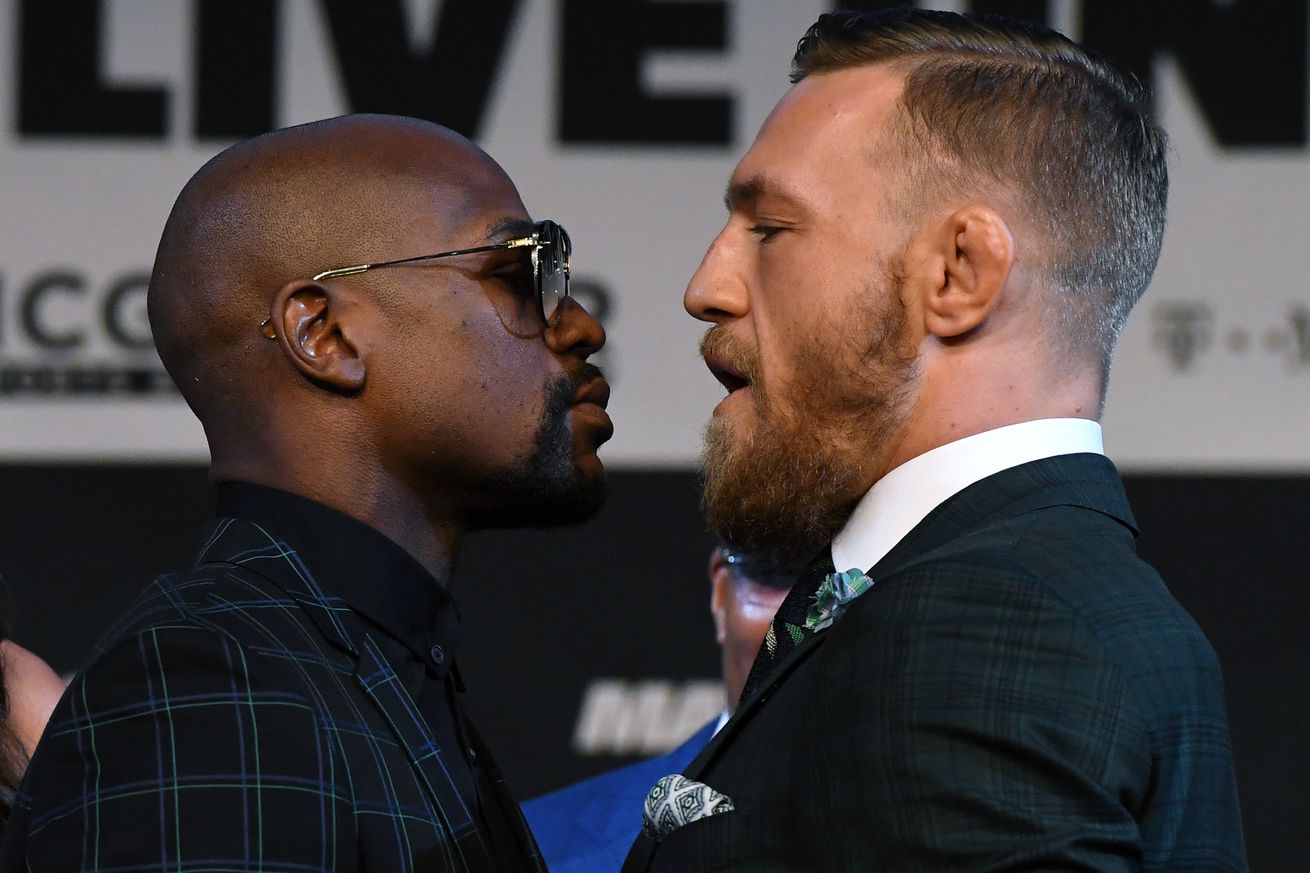 The magnitude of Saturday night’s fight from an economic standpoint has a good chance of generating more money in one day than UFC did in the entire year of 2016.

If the trends in the pay-per-view market over recent years remain true on Saturday night, the Conor McGregor vs. Floyd Mayweather cash-grab will make any bank heist in history look like child’s play.

Yes, there is a fight, a first-time-in-history battle between the two biggest box office stars in two different American combat sports. But from the start, the fight itself has always been secondary to the revenue question, and the fight’s allure is more intrigue of the unknown as opposed to proving superiority like a traditional major sports event.

It would not be an unreasonable prediction to say that this fight in one night could generate $700 million worldwide, or more money than the UFC grossed in its entire banner year of 2016. Mayweather is talking about the biggest one-day payday in sports history, a record he already holds, and McGregor is talking about making more money in one night than he’s previously made in his entire career. Even though the UFC is only getting a small piece of the pie as one of the co-promoters, it still figures to make the company more money than it has ever made on any show in its history.

The key to this number is the U.S. pay-per-view market where unprecedented numbers, like 5 million buys have been talked about. The all-time record was set two years ago for Mayweather vs. Pacquiao at 4.6 million. The success of that show is where the 5 million numbers are coming from. And pay-per-view records continue to be broken with each generation’s biggest fight.

But keep in mind that Mayweather vs. Pacquiao was an aberration, the pay-per-view version of the 1968 Bob Beamon long jump, because the second-place figure, for the 2007 Mayweather vs. Oscar de la Hoya fight, was 2.45 million. It’s possible the unique circumstances that led to the MayPac number won’t be duplicated here.

However, the historical trend in the pay-per-view market has been that the big events do bigger numbers as time goes on.

There is an argument that where Mayweather vs. McGregor trumps that fight is that this will draw from the boxing fan base and the MMA fan base, but the reality is that it’s likely most MMA fans who buy pay-per-views bought Mayweather vs. Pacquiao, because it was a big event. And since it was two years ago, most of the negativity coming out of the disappointing fight and the bad taste in the public over the concealment of Pacquiao’s shoulder injury, is gone.

The key is still the casual sports fan, who rarely watches either sport, or the public at large, wanting to see a major cultural event, like a Super Bowl game, and on the day of the show, deciding at the last minute to get it.

There are a lot of questions with very divergent answers regarding comparisons with the Mayweather vs. Pacquiao fight.

Here are some of the key factors that usually draw on pay-per-view:

PERSONALITIES — That in the end is the usual key. Mayweather is Mayweather. While his skills as a boxer have likely declined between the ages of 38 and 40, he’s still undefeated and his name recognition and status as boxing’s biggest name is no less.

GRUDGE — Nothing gets people wanting to buy a fight like the idea the two personalities hate each other and will be letting loose. Everyone knows this, so in the fight game, grudges often exist, but more often are contrived or embellished in attempts to draw a gate. With Mayweather vs. Pacquiao, it took years to make the fight, many say too long since both were past their primes when it finally happened. Yet, had it taken place several years earlier, it wouldn’t have done close to the same level of business. People believed the two were rivals and didn’t like each other for many years. While McGregor is the better talker, has he been able to convince people there is more of a grudge here? With Mayweather vs. Pacquiao, all the years it took to put this together made people think there was a grudge and they were buying a big fight for both men. With this fight, it’s very clear the fight is happening because both need the other to make this level of a payday. Mayweather vs. McGregor in this aspect feels too transparent. Advantage: Mayweather vs. Pacquiao.

GAMBLING — There is talk that more money is being bet on this fight than any sports event besides a Super Bowl. And even though most insiders see this fight as a mismatch, 93 to 95 percent of those betting have backed McGregor. Advantage: Mayweather vs. McGregor.

SPORTS STAKES — Mayweather vs. Pacquiao were battling for the title of the best of their era in boxing and multiple welterweight championship belts were at stake. It was also the fight that would define both men’s career. Mayweather vs. McGregor are battling for how much money they can generate together, and nothing more. Perhaps some will see this as boxing vs. MMA, or the unprecedented stars from different universes converging. But if McGregor were to win, while his popularity would explode, it would be attributed to Mayweather being past his prime. And if Mayweather wins, it doesn’t prove much that people don’t already know. Advantage: Mayweather vs. Pacquiao.

PERCEIVED COMPETITIVENESS — Mayweather was a 2-to-1 favorite over Pacquiao and is now a 4-to-1 favorite over McGregor. Few questioned the odds of the Pacquiao fight. The McGregor odds would be longer among insiders, but the heavy betting on McGregor has whittled them down. Still, the perception in building Mayweather vs. Pacquiao was more about who would win and be the best. For Mayweather vs. McGregor, even with all the promotion designed to make you forget it’s a 49-0 boxer against an 0-0 boxer, there is a sense that McGregor winning would be far more of a shock. Advantage: Mayweather vs. Pacquiao.

As far as overall revenue is concerned, if Mayweather vs. McGregor really can get five million North American pay-per-view buys, that would generate about $500 million.

Based on preliminary indicators, Mayweather vs. McGregor expected to beat Mayweather vs. Pacquiao solidly in the U.K, and it almost goes without saying it will in Ireland. In the U.S., it depends on a few factors. One is the unprecedented late rush that Mayweather vs. Pacquiao had. Will something happen in the last 48 hours, or will the momentum of the fight as a talking point to people who usually don’t watch boxing or MMA be such that it becomes an event they don’t want to miss?

But Mayweather vs. Pacquiao blew away records by such a large degree that predicting something beating it seems optimistic, even if the Las Vegas oddsmakers have put the over/under at 4.99 million buys. Early numbers of buys have indicated projections in the range of four million, with the idea that it could break the record with the same level on late interest.

In total, the second biggest North American pay-per-view event of all-time is a solid bet. The first is more iffy.