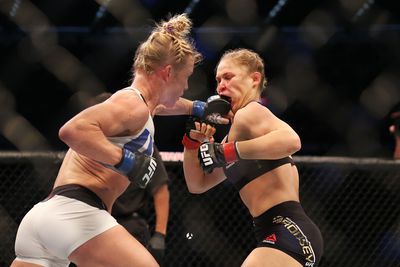 Edmond Tarverdyan is not doing himself any favors.

“The game plan was pressing. We knew Holly Holm was going to keep the distance. So we had to feint and get inside and pressure the right way so we can get on the side of the cage. I wouldn’t say in the striking game she was getting the best of Ronda, you know, but I have to watch it again. But we know this was not a striking match; we know that Ronda is smart enough to take the fight where she is best at and today she did. Holly stopped an attempt on an armbar and stopped some of the takedowns. She did a good job.”

It’s easy to second-guess a losing gameplan — when compared to a “mastermind” — but on the surface, it’s hard to overlook these comments. Especially when ….View original article