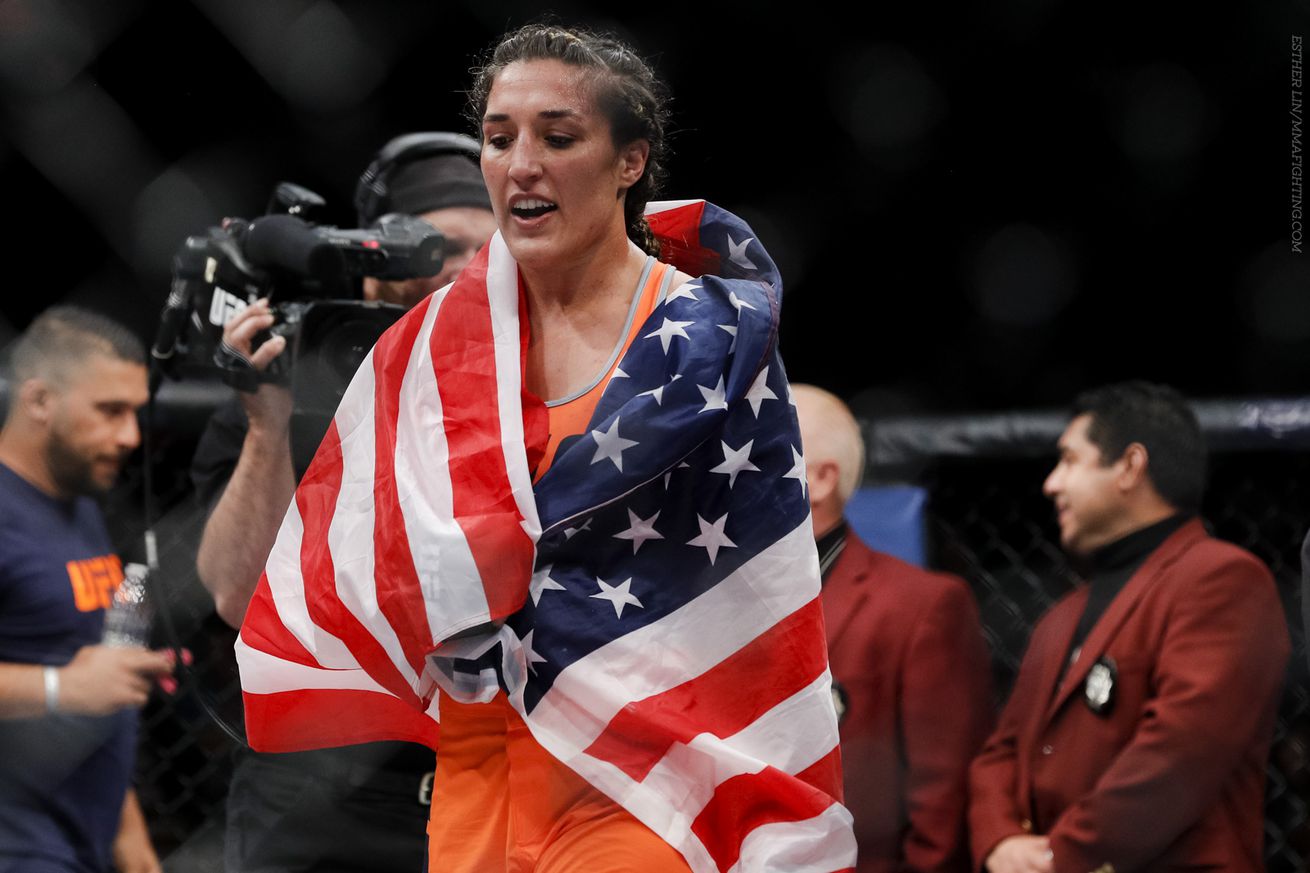 Tatiana Suarez will face an undefeated Brazilian next time she steps inside the Octagon.

Suarez (4-0) competed on the 23rd season of The Ultimate Fighter in 2016, going 3-0 in the reality show before defeating Amanda Cooper in the tournament final in July 2016. Suarez returns for the first time since pulling out of a fight with Juliana Lima last December due to an injury.

Pereira (13-0) signed with the UFC in 2016 after winning and defending a pair of titles in the Brazilian circuit. She scored decision victories over Valerie Letourneau and Jamir Moyle inside the Octagon. “Sucuri” finished six of 11 opponents before entering the UFC.