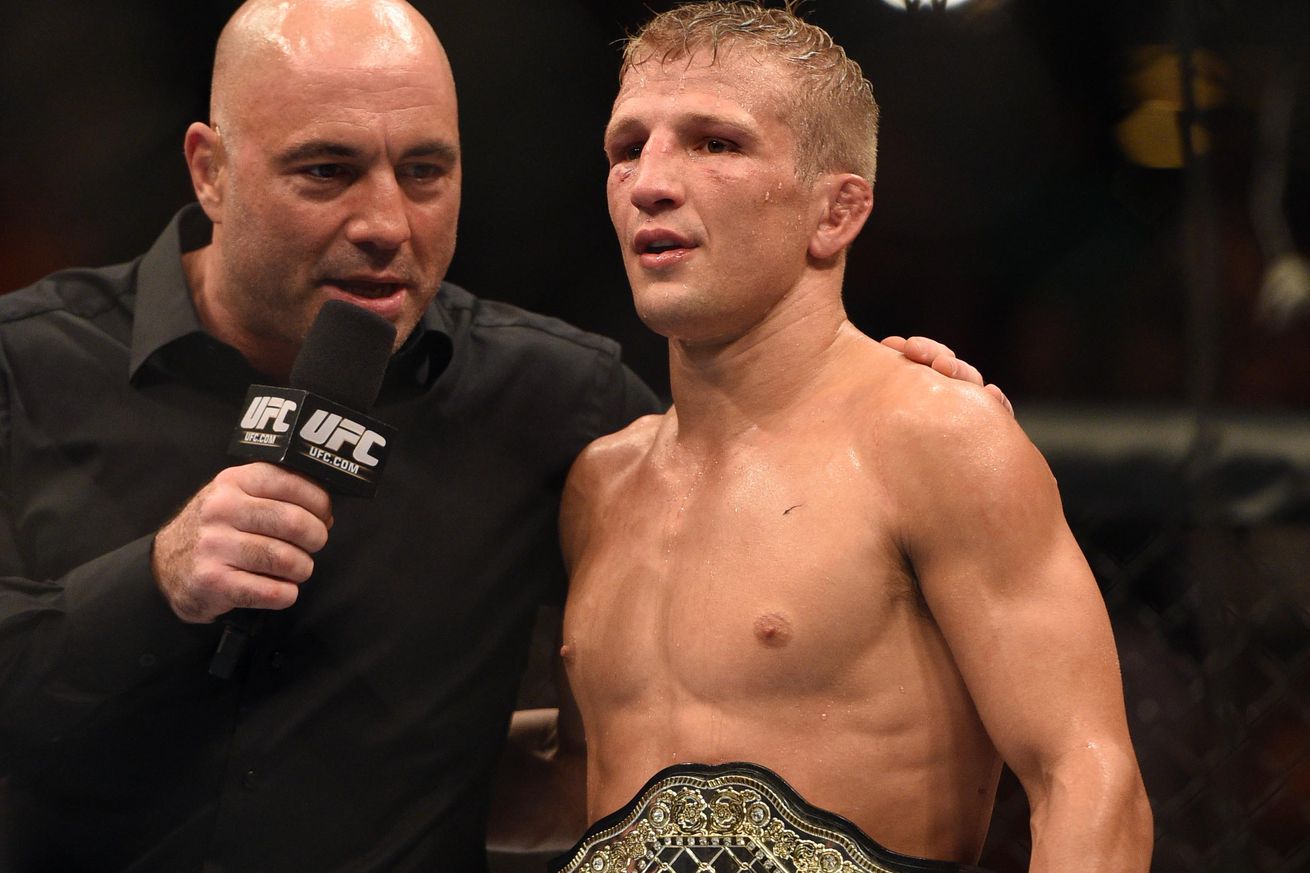 Last week on a UFC Fight Night 81 conference call Dominick Cruz accused T.J. Dillashaw of faking his nasty public divorce with Team Alpha Male in order to generate hype and press for both.

“He’s still one of them. He’s still a jock, still a meathead,” said Cruz last week. “He’s still not that bright and he’s still uses a lot of the fundamentals those guys use. That’s what built him up into this sport so he’s going to have a lot of those things. He’s got new technicques from Ludwig. Ludwig’s helped him move along and fix some techniques with his kickboxing and stuff but it’s still an Alpha Male guy in my eyes.”

While Dillashaw didn’t directly address the accusation, he alluded to “firing” Urijah Faber and moving to Colorado to work with a whole new team.

However, FOX Sports is reporting that Faber will be rooting for Dillashaw in the fight, and to ensure he wins he’s even sending Team Alpha Male member and UFC veteran Justin Buchholz to be in his corner.

“We’re actually sending out Justin Buchholz in [Dillashaw’s] corner to help make sure the job gets done,” Faber said. “If you look at it from a pure financial standpoint, that’s a fight people want to see and that’s the reality of things. He came from diapers to a world championship under our banner.”

This will be the last time that Alpha Male helps out Dillashaw though, if you believe Faber.

As for Dillashaw, he doesn’t see Buchholz as being cageside on fight night.

“I bet Justin will probably play neutral and not be in anybody’s corner, probably not try to help out,” Dillashaw told MMA Fighting’s Ariel Helwani. “Just for his own better being and wanting to stay friends with everyone, I’d ….View full article