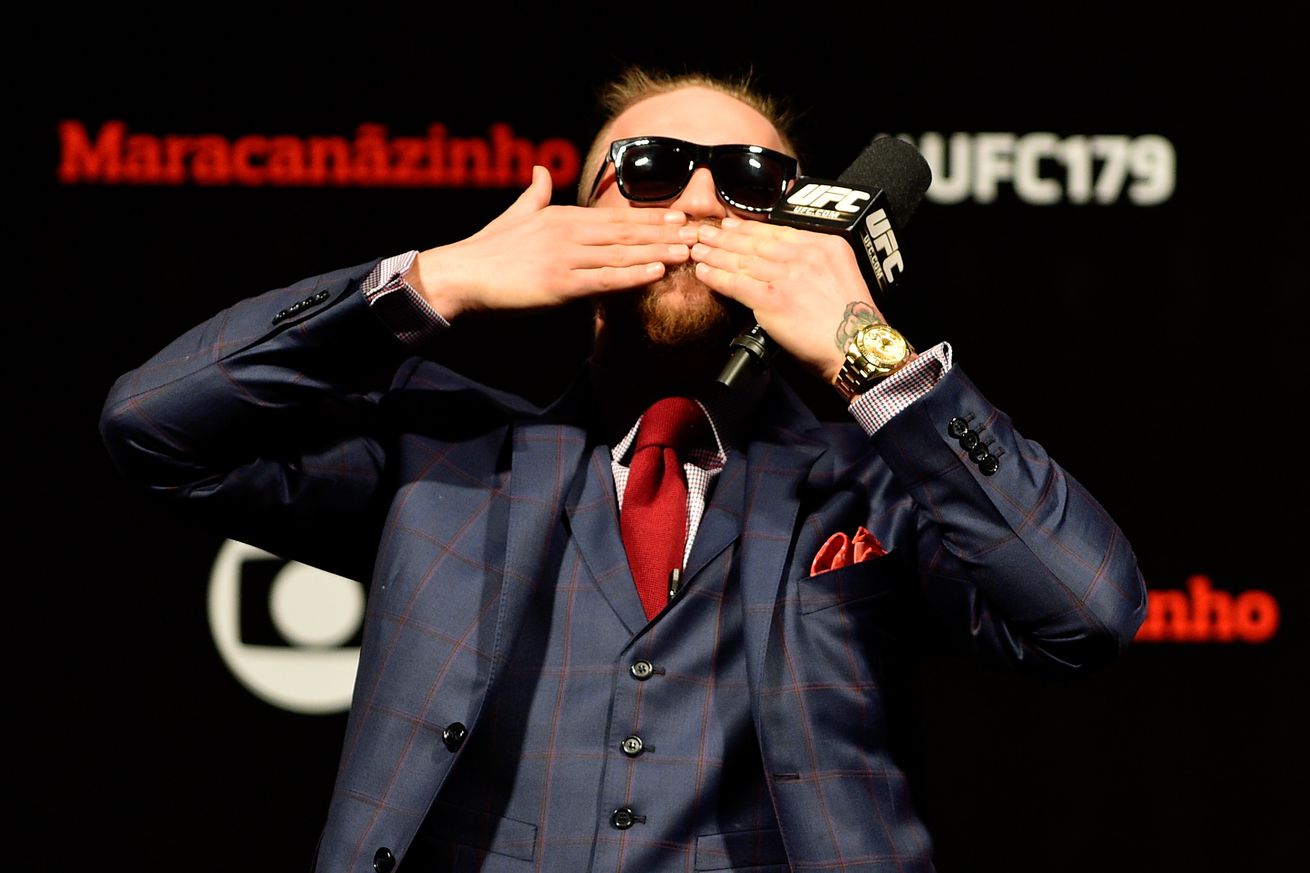 Ultimate Fighting Championship (UFC) may be forced to strip a second title from reigning division kingpin Conor McGregor, who was forced to relinquish his 145-pound strap after jumping up in weight.

That’s according to longtime friend and teammate Gunnar Nelson, who doesn’t expect the “Notorious” absentee to make his mixed martial arts (MMA) return in 2017. In fact, the trash-talking Irishman may not come back at all, if the conditions aren’t right.

“It will depend on certain things,” said Nelson, when asked if McGregor would ever fight in the UFC again. “Money is not the only thing he cares about, at all. He does care about it a lot, but if a fight excites him and he thinks it’s a great challenge — if it’s making history and all that kind of stuff — he’ll do it.”

McGregor no stranger to making history.

If and when “Mystic Mac” returns to UFC largely depends on whether or not he boxes Floyd Mayweather Jr., a combat sports crossover fight that began as a punchline before evolving into something tangible (and expensive).