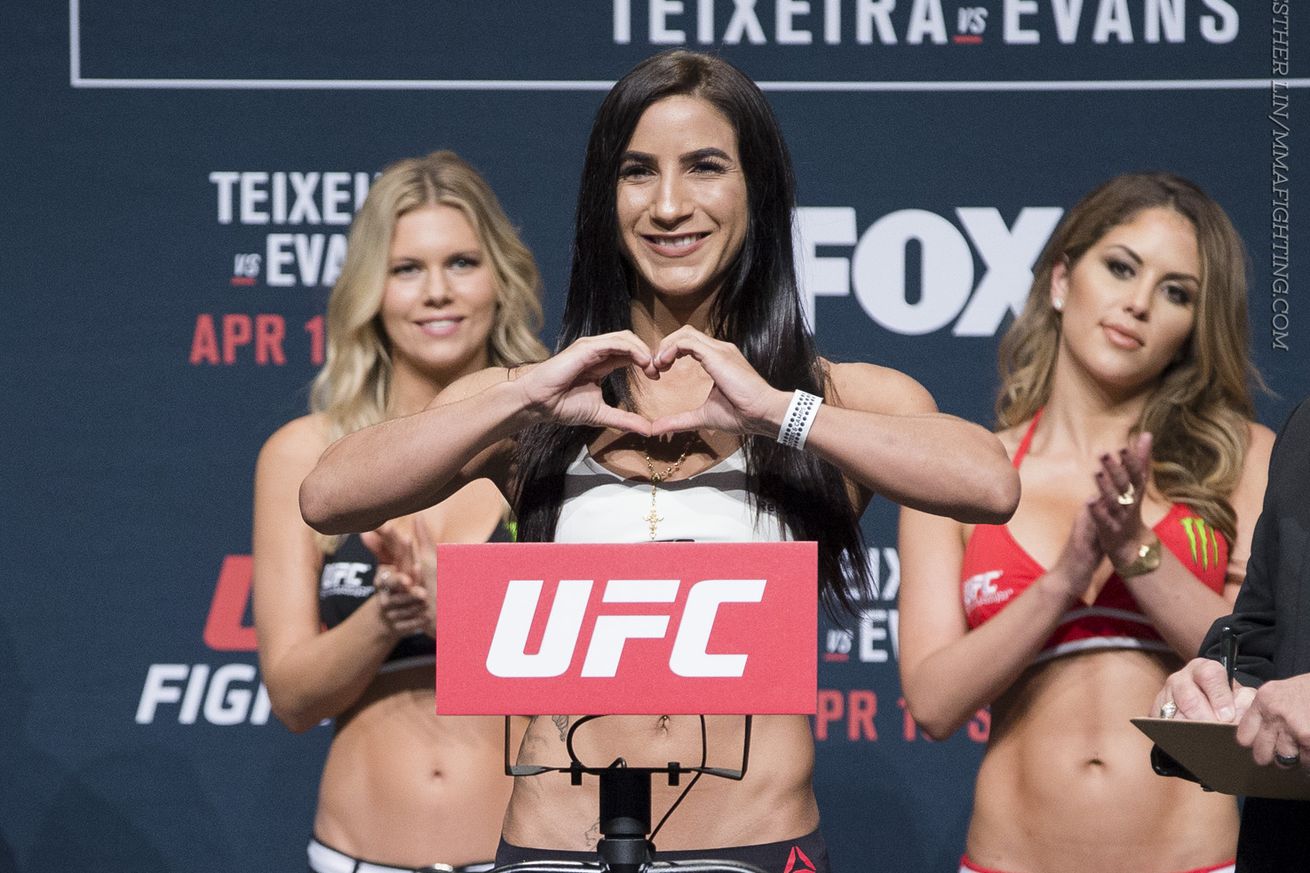 A strawweight tilt between Tecia Torres and Bec Rawlings is in the works for Feb. 4 at UFC Fight Night 104.

Torres and Rawlings both announced the match-up on social media on Wednesday following an initial report by Austrailian outlet The Courier Mail.

The two strawweight veterans fought once before in an exhibition contest on The Ultimate Fighter 20, with Torres winning the two-round bout via unanimous decision.

“I thought I won and I still do,” Rawlings told The Courier Mail.

“I feel that I got ripped off and I’ve always wanted a rematch, and I’m very excited to get a rematch and turn it around.”

Torres (7-1) went on to lose on TUF 20 to eventual tournament winner Carla Esparza, but rebounded to string together a three-fight win streak to kick off her official UFC career. However that run was snapped in April, as Torres suffered the first non-exhibition loss of her professional career at the hands of Rose Namajunas at UFC on FOX 19.

Torres will now look to right her ship against Rawlings (7-5), a 27-year-old former Invicta FC title challenger who has struggled to find consistency over her brief UFC tenure.

After losing to Heather Jo Clark in her Octagon debut, Rawlings picked up a pair of wins over Lisa Ellis and Seo Hee Ham before suffering a highlight-reel knockout loss to Paige VanZant at UFC on FOX 21.

UFC Fight Night 104 takes place at the Toyota Center in Houston, Texas. The card will air live on FOX Sports 1.

An updated UFC Fight Night 104 fight card can be seen below.