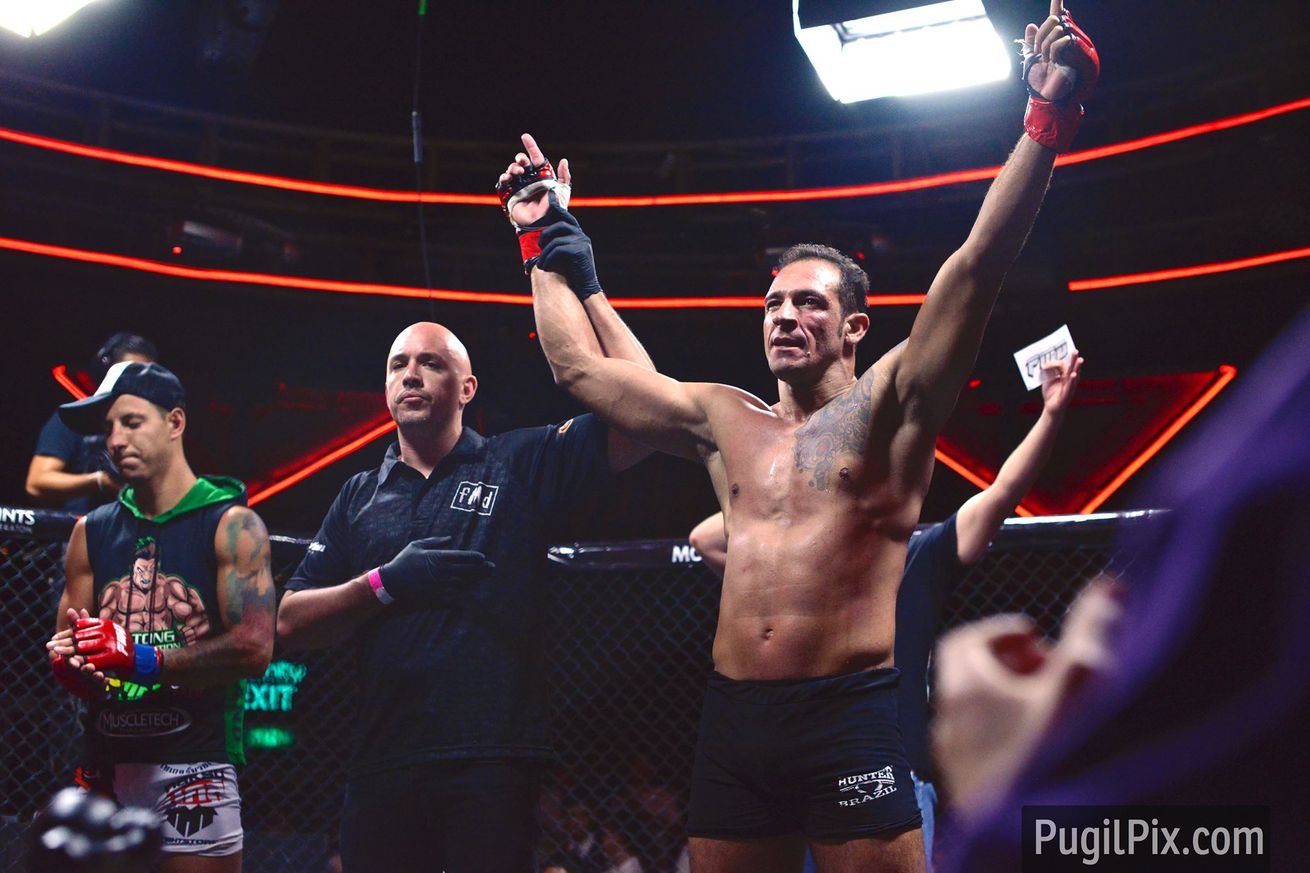 Some of Thailand’s most famous rock stars were in attendance at Full Metal Dojo 11, and they must have enjoyed the action at the Insanity Nightclub with eight out of the nine fights finishing inside the distance.

In the main event, Middleweight Marcelo Tenorio (3-1) needed less than a minute to submit Askar Mozharov (4-2). The Ukrainian scored an early takedown but the Brazilian was able to capitalize by locking in an armbar from the bottom while his opponent attacked with ground and pound.

The co-main event pitted Iran against Israel and it was the former country which emerged victorious as Ali Motamed (2-0) submitted Toni Hitmanos (0-1). The former amateur star dropped the debutant with a jab and then survived a brief leg lock attempt before sinking in a rear naked choke.