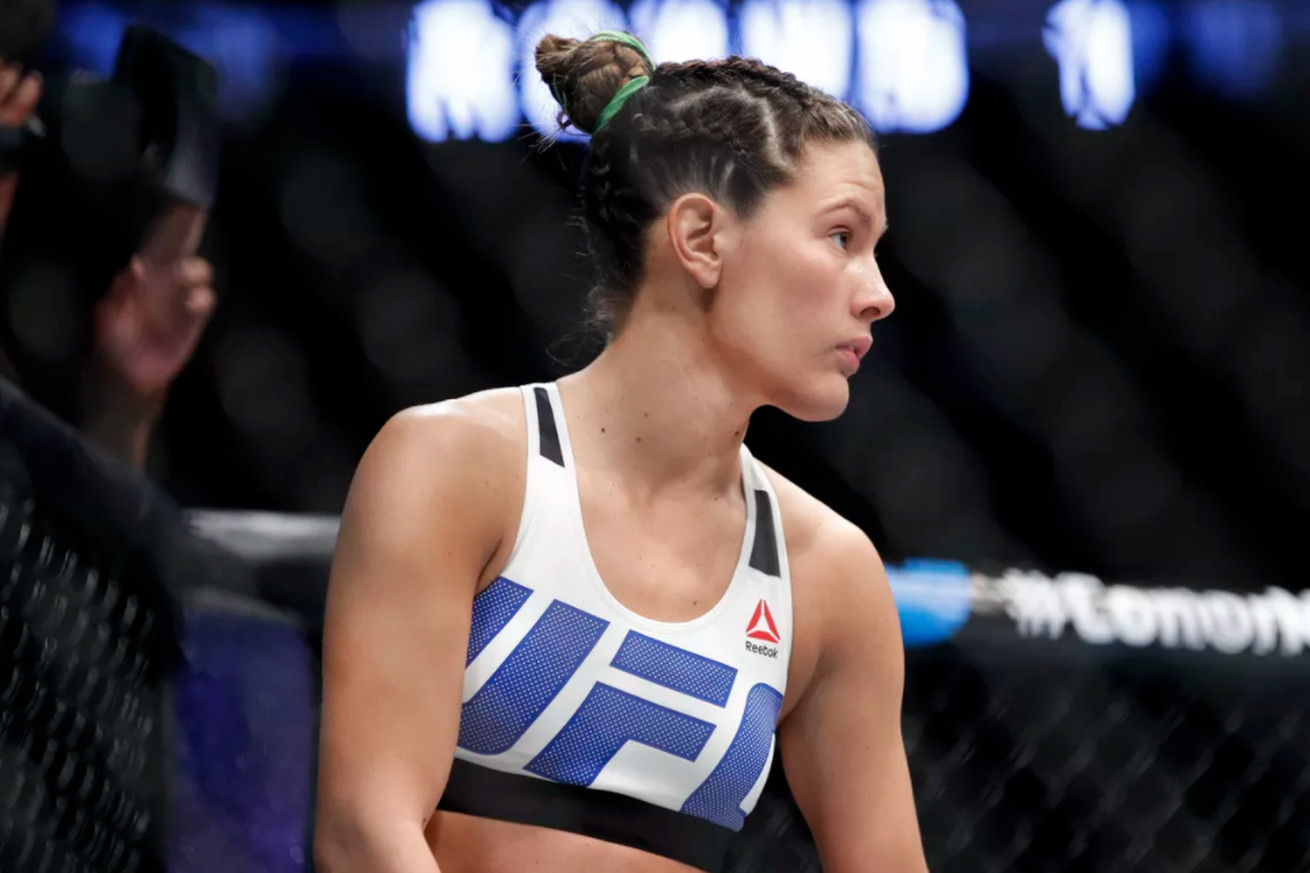 After a drawn out process to clear her name of any wrong doing in a controversial doping case, Cortney Casey saw her punishment wiped clean earlier today (Fri., June 30, 2017) when the Texas Department of Licensing and Regulation (TDLR) lifted her three-month suspension for initially testing positive for elevated testosterone levels this past May, per a letter written from TDLR to Casey obtained by MMA Fighting.

As a result of TDLR’s official penalty lift, Casey’s victory over Jessica Aguilar at UFC 211 has been changed back from a no content to a win.

Casey was cleared of all doping charges earlier this month following a negative “Sample B” test result. After seeing Casey get dragged through the mud, UFC threatened to leave Texas if things weren’t rectified. Luckily for all parties, a resolution has been reached.

“After reexamination of the documents in our possession and careful examination of the Sample B results, your 90-day suspension is lifted effective June 29, 2017, the enforcement case dropped with no further action taken, and the bout ‘win’ reinstated on your record,” said the document sent to Casey by TDLR executive director Brian Francis.

In addition, Francis acknowledged that TDLR took longer than they should have in clearing Casey, stating that he “wanted to have all the informational available” before making a decision.

While TDLR took their precious time looking over all the facts and deeming Casey innocent, Casey was forced to digest an unhealthy amount of public backlash. The UFC women’s strawweight fighter recently detailed her trials and tribulations in an interview with MMA Fighting.

“You know how it is in the media,” Casey said. “One to two days and it’s forgot about. I’m already a cheater. I’ve already, in their eyes, tested positive for steroids. I didn’t test positive for anything.”

“This was my breakthrough performance in the eyes of most people,” Casey continued. “She was a highly ranked fighter and this is a huge positive in my career and it’s just been tarnished by someone’s stupidity on the situation. And just a lack of professionalism at the end of the day with how things were handled.”

This is an unfortunate incident for Casey, especially considering she performed extremely well against Aguilar, but fight fans will soon forget her run in with TDLR. If something like this happens again in the state of Texas, UFC will be quick to evacuate.