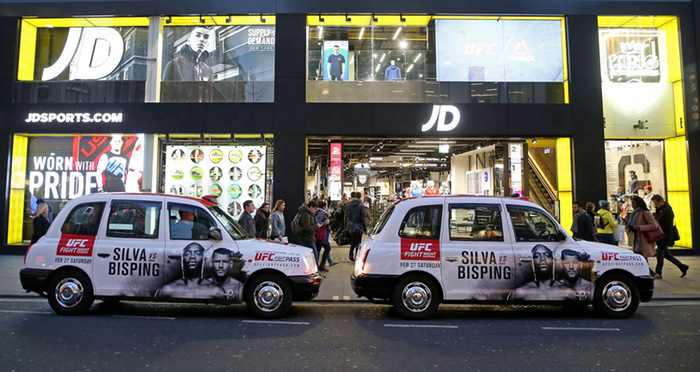 On Monday the UK’s national broadcaster—the BBC—announced a partnership between its newly digital channel BBC Three and MMA’s premier promotion the UFC.

It’s long overdue, but this is truly a landmark moment for mixed martial arts in the United Kingdom.

BBC Three was formerly a TV channel in its own right. But, is now a digital platform going forward and the deal with the UFC will see the BBC produce previews and behind-the-scenes content for its reader/viewership. The UFC’s broadcasting rights are still owned by BT Sport so this deal is separate from that, though the future home for the UFC in the UK is up in the air with BT Sport’s deal with the UFC expiring in the summer.

The content partnership announcement comes on the week of Saturday night’s event in London which sees Britain’s own Michael Bisping take on living MMA legend Anderson Silva at the O2 Arena. A marquee event marked with an important development to the growth of MMA within the country.

In the official press release from the BBC, newly-acquired Senior Vice President of the UFC’s EMEA market, which incorporates Europe, Africa and the Middle East, James Elliott, said: “We are thrilled to be recognised as a valuable asset for BBC Three and the wider BBC Sport team.

“Audiences across the UK & Ireland are becoming more and more knowledgeable about the skill, athleticism and ethics of MMA fighters and the great events and content produced by the UFC, which is driving fans to seek content from media outlets.

“BBC Three is a perfect fit for UFC and we look forward to an exciting year working together to bring great content to their audiences.”

The controller of the BBC, Damien Kavanagh, said: “BBC Three has a history of covering emerging sports that appeal to young audiences ….View full article