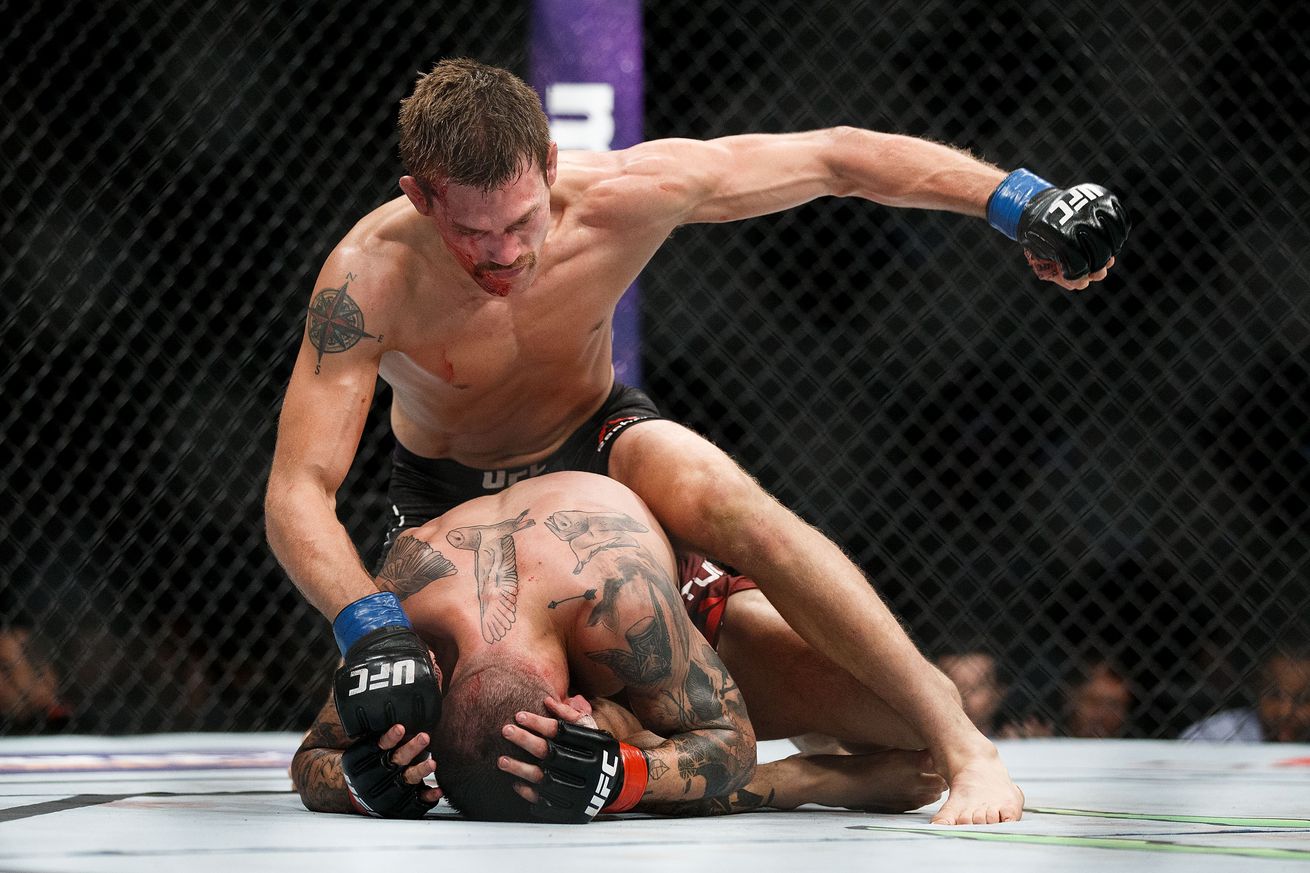 While most mixed martial arts (MMA) fans are talking about the damage incurred by Gilbert Melendez, who had his leg turned into corned beef hash by featherweight bruiser Jeremy Stephens at UFC 215 (see it), there was another 145-pound slugger who may have had it even worse.

“Guv’Nor” was battered and beaten across three rounds by opponent Rick Glenn, a shellacking that got so bad, promotion president Dana White called upon the combat sports universe for a backstage blanket party.

Look at that poor kids face!!! The ref needs his ass whooped!!!!

The referee in charge of fighter safety was Kyle Cardinal.

One person who isn’t ready to condemn Cardinal is Tucker, praising the longtime man in black for letting the fight continue so that “Guv’Nor” could Just Bleed Bang Bro go out on his shield, because fuck CTE, this is cage fighting!

“In victory say little. In defeat ….less.ill keep it short and sweet. i lost on Saturday. stop blaming the ref for a bad call. that man let me go out on my shield. he visited while i was in the hospital and apologized. was him and i in that cage. I didnt stop fighting. he saw that. he should sleep easy.I have four broken bones in my face. the first which started on the jaw in rd 1 and the fight went down for me from there. i have 2 fractured orbital and another vertical fracture in the jaw according to the x ray/CT scan. the heartbreak of losing hurts much worse. throughout the day i wiped alot of blood off my cheek and i can’t say for sure there weren’t some tears in there. I fought w blurred vision and 3 different Rick Glenns kicked the fuck out of me for the last two rds. (i tried to hit the one in the middle) congrats to my opponent. i hope you go far because i plan on seeing you again.I fought my heart out. I’m a rare breed of straight savage and i don’t need social media to tell me that. however…i am appreciative of all the support i received on here. which is why I’m writing this. I have no excuses and won’t stand for anyone making them for me. that’s not how the north folk get it done.I have a great Family. a great team. and the greatest women. ill be twice the man for this.thats it….. Tucker 2.0 is on the way”

The length of his mandatory medical suspension has yet to be determined.

The loss at UFC 215, which took place on the FOX Sports 1 “Prelims” portion of the televised fight card inside Rogers Place in Edmonton, Alberta, Canada, was the first of his professional career.