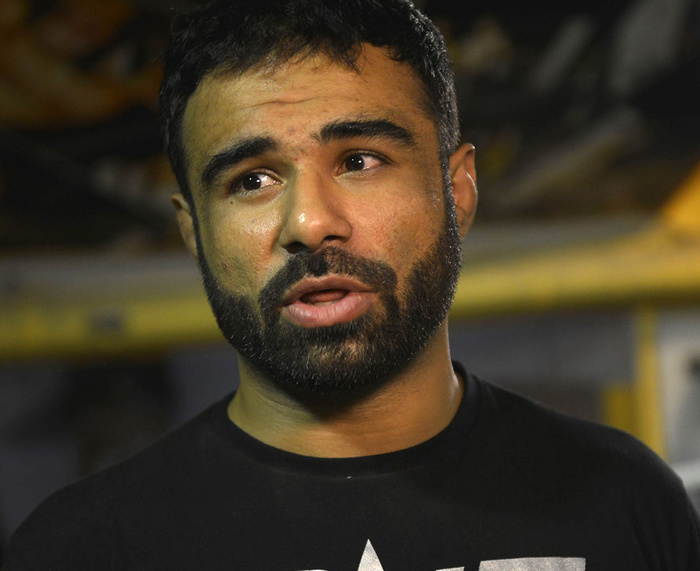 Twelve years ago Bashir Ahmad, the “Godfather of Pakistani MMA,” was shipped off to the Middle East to fight in the Iraq War.

Two years earlier the then-aimless college student, who was born in Pakistan before moving to the U.S. when he was 2, had joined the National Guard on the spur of the moment, looking for some direction and never thinking his unit would ever actually be sent to war, a safe bet considering the National Guard hadn’t been used in combat since World War II. But by the spring of 2004, the insurgency was starting to heat up in Iraq, things were starting to look dicey for the American mission there, and the Pentagon needed more soldiers, which meant the National Guard, with its weekend training sessions, was all of a sudden an international fighting force. Ahmad and his ramshackle unit were sent to the insurgent hotbed of Mosul, where he worked as a medic in an explosive ordinance disposal (EOD) unit and acted as an unofficial ambassador between American soldiers and the local Muslim population, defusing tension and earning sympathy for the American cause in a very unsympathetic environment.

“Iraqis would see the name ‘Ahmad’ on my uniform and ask if I was Muslim—then they would be OK with me,” Ahmad said.

Today, in a story published on CNN.com, Ahmad, who fights Jimmy “The Silencer” Yabo this Saturday at One Championship 38 in Jakarta, Indonesia, said he mourns the fact that the same name that once helped smooth the way for the U.S. mission in Iraq would now be a cause for controversy and fear in his adopted country, a country currently suffering from a deep and pernicious bout of anti-Muslim nativism in the lead-up to the 2016 presidential election.

Though Ahmad is now based out of Lahore, Pakistan, where he ….View full article