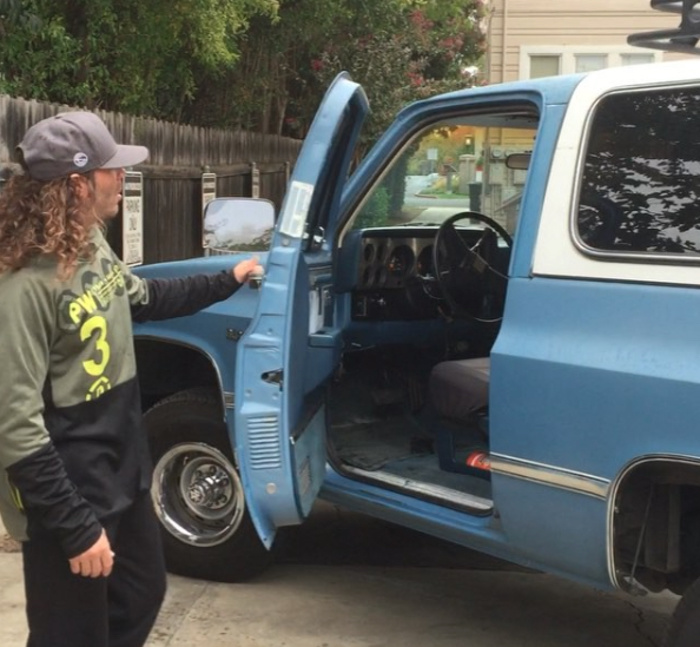 Maybe you know Clay Guida as at the wild-haired guy who belches between rounds and drives an RV. A few weeks ago, however, we found out he’s been wheeling around in an ’86 Chevy Blazer, a fact that came to light after Guida’s own misfortune: during a training sojourn ahead of his UFC Fight Night 77 match-up with Thiago Tavares, the truck—topped with a stand-up paddleboard and a kayak—got swiped off the streets of Sacramento.

There are few pre-fight distractions that beat losing your wheels. Fightland spoke with the UFC featherweight about how the truck went missing, packing swords and throwing stars to go hunt for the thieves, how the bandits even took his Bob Marley headphones—those savages—and the Good Samaritan who helped him out.

Fightland: So getting your truck stolen in the middle of camp: where does that rank in terms of greatest distractions?
Clay Guida: I guess I’d have to say that takes the cake so far. I haven’t had anything like that happen before.

Tell me about the truck in question. Broncos are kind of going through a renaissance right now, but you have an ’86 Chevy Blazer—why that car?
It’s just a super-cool old baby blue Blazer, man. The ….View original article