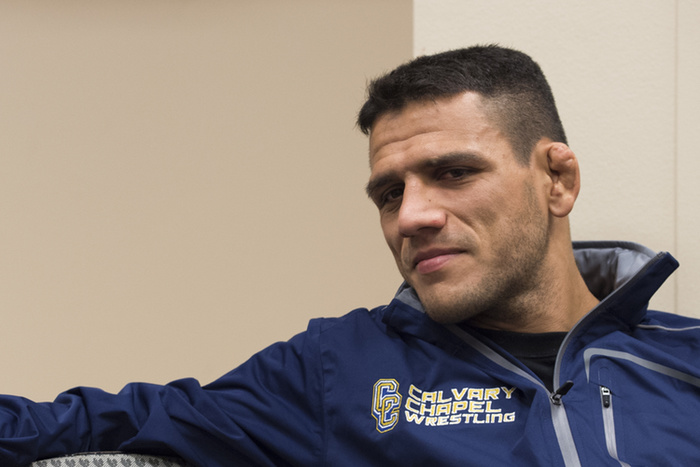 Reports came in thick and fast last night that both Rafael Dos Anjos and Conor McGregor have signed on the dotted line for their heavily reported super fight bout at UFC 197.

We all felt like we were in the know on Sunday night during Fox’s NFL broadcast. Ever since Thursday night, when Jeremy Botter of Bleacher Report leaked the news of March 5’s UFC 197 main event being a super fight between lightweight champion Rafael Dos Anjos, the MMA world awaited the confirmation of the bout, which was due to take place at 10:45 PM during halftime in the Green Bay Packers vs. Washington Redskins game.

And it wasn’t just media members who were signaling that the confirmation of McGregor’s first trip to lightweight under the UFC banner was imminent. Interviewed by the LA Times over the weekend, Frankie Edgar spoke as if a fight before July between him and the Irishman was absolutely out of the question. Edgar outlined that he felt like someone would have to “get injured” for him to be the next opponent for McGregor.

“But for the last three years, I’ve been trying to situate all my fights to lead toward a title and it seems like it’s not really working for me. I’ve missed out on fighting more often, making some money and that’s something.

“I don’t want to be sitting here until June or July expecting to fight Conor and then something else happens like it has in the past, ….View full article