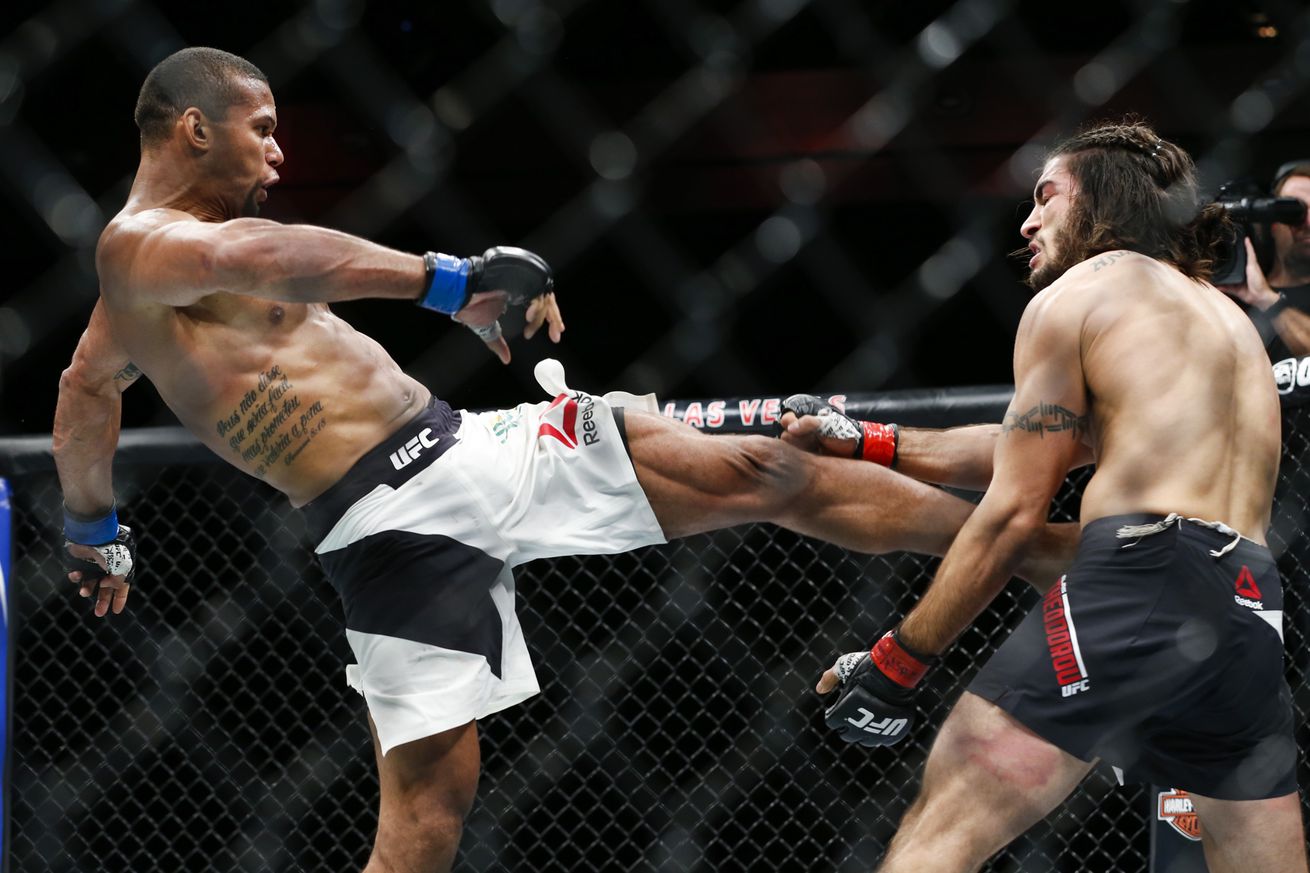 Nate Marquardt is scheduled to fight in Brazil for the first time on May 14, and fellow UFC middleweight Thiago Santos predicts a quick night for him.

Coming off impressive wins over Elias Theodorou, Steve Bosse and Andy Enz in 2015, the Brazilian fighter expects Marquardt to avoid a striking match at all costs in Brazil, and guarantees he’s ready for whatever “The Great” brings to the table.

“He’s a well-rounded guy, a black belt in jiu-jitsu with a lot of submissions in his record. He has heavy hands too, so I can’t underestimate his striking,” Santos told MMAFighting.com. “He’s not a one-trick pony, I have to pay attention in everything. I can’t go in there thinking I’ll stop his takedowns and beat him up standing. I have to be ready for everything.

“I’m sure he will go for takedowns,” he continued. “If I were him, I would do the exact same thing because people haven’t seen my jiu-jitsu yet. They saw my wrestling in my last fight, but they haven’t seen my ground game. I think he believes taking me down and grappling is the best idea, but I will be ready for that as well. You will be surprised. I’m a more complete fighter now. Wherever the fight goes, I’ll be ready for him. But I will try to keep it standing to knock him out, of course.”

“Marreta” admits he wasn’t expecting to face Marquardt next after a perfect 3-0 run in 2015, but welcomes the chance of fighting a former champion.

“I was expecting someone better ranked, but Nate is a former Strikeforce champion and has a big name,” said the Brazilian. “He’s not at his prime, but his record speaks for itself. I was surprised, but I liked this fight. He has a history, ….View full article