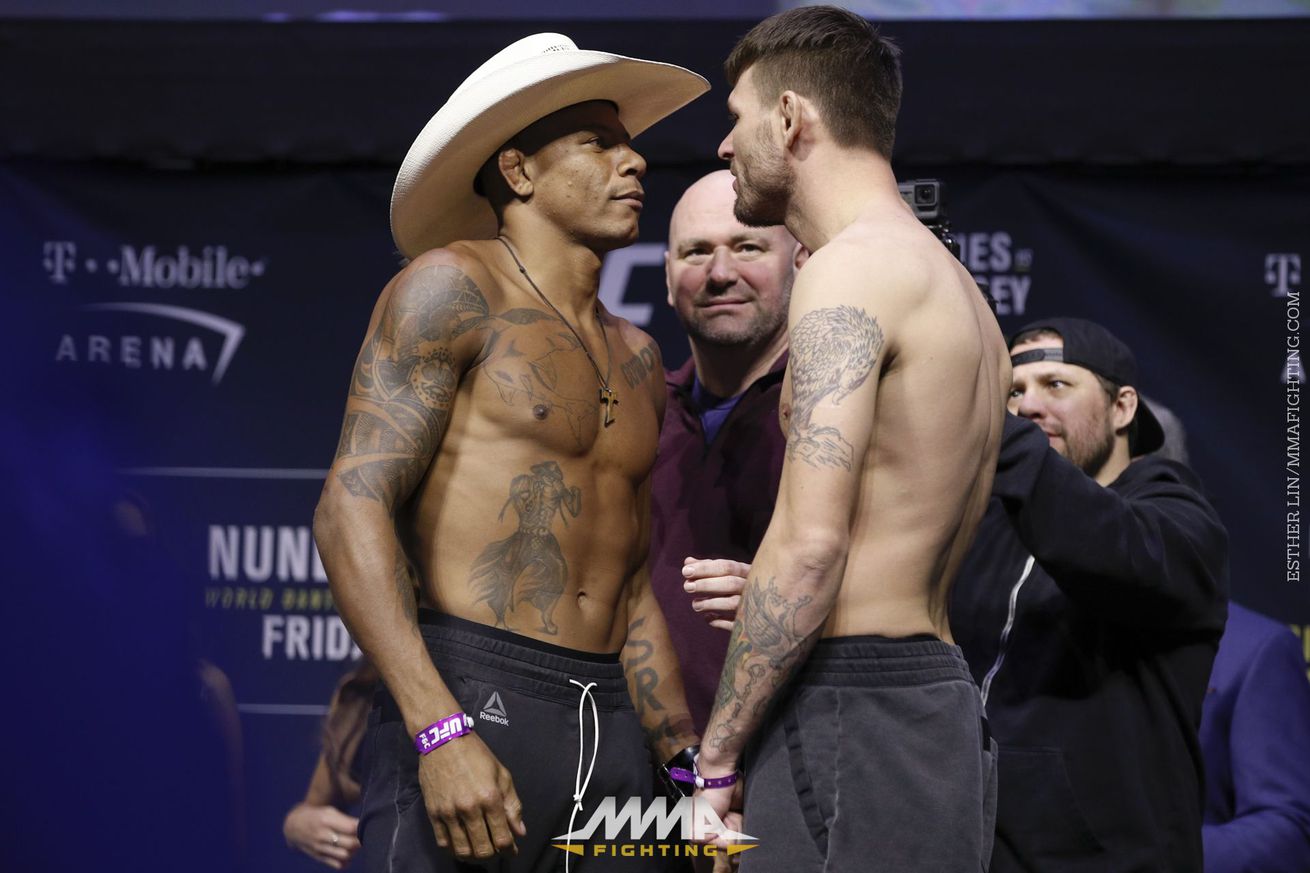 After their last bout ended in a no-contest, Tim Means and Alex Oliveira will battle for a second time to settle the score.

The two welterweight fighters have been schedule to fight at UFC Fight Night 106. The news was first reported by Combate on Wednesday, and was later confirmed by MMA Fighting. Means and Oliveira first fought at UFC 207 back in December. The bout ended in the first round and was declared a no-contest due to Means landing illegal knees to a downed Oliveira.

Prior to the fight, both Means and Oliveira were riding a two-fight winning streak.

UFC Fight Night 106 is set take place on March 11 at the Centro de Formação Olímpica do Nordeste in Fortaleza, Brazil. This event set to be headlined by a middleweight bout pitting Vitor Belfort and Kelvin Gastelum.