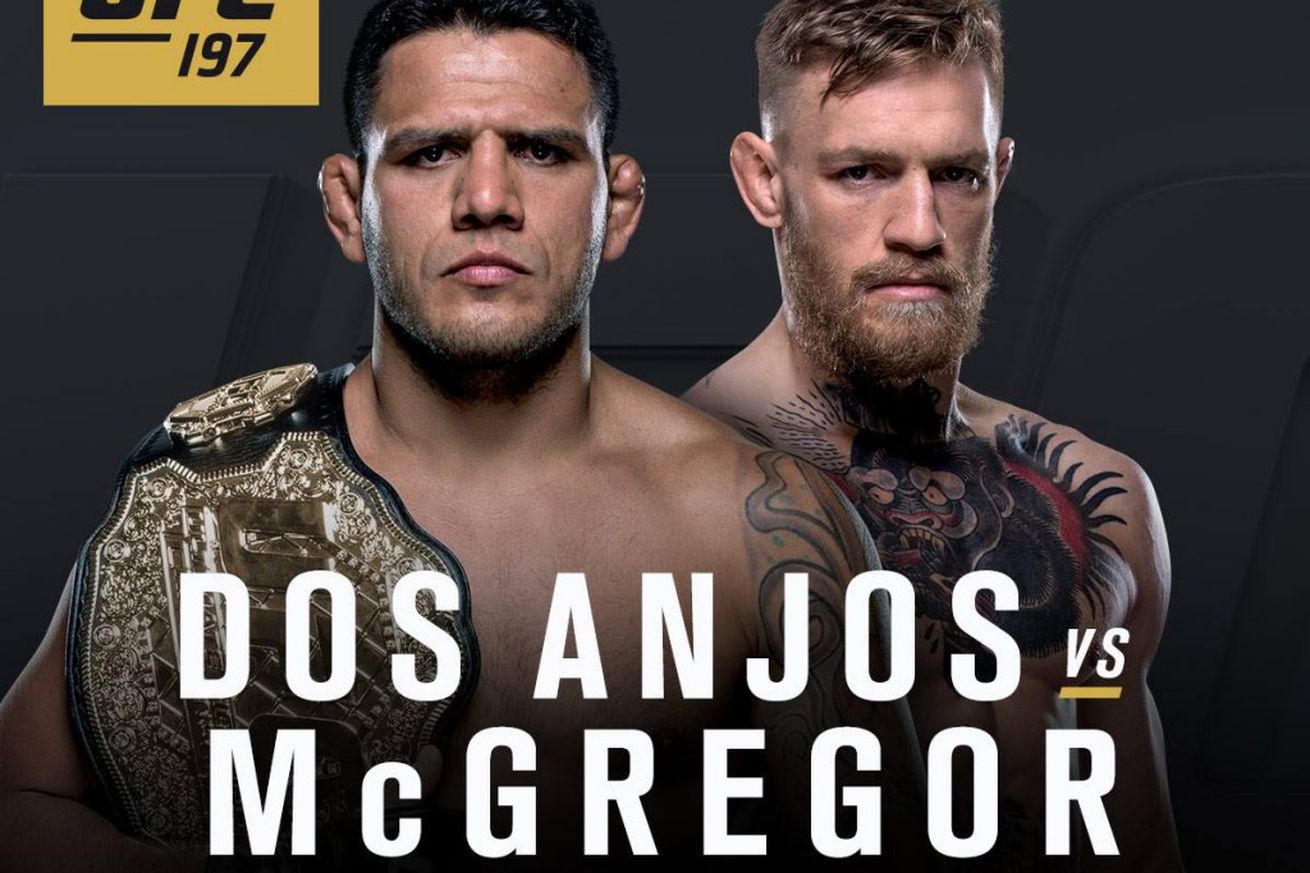 I blame myself for this one.

To do so, he must defeat reigning lightweight kingpin Rafael dos Anjos and become the first mixed martial arts (MMA) fighter under the ZUFFA banner to simultaneously hold titles in two different weight classes. With that in mind, “Notorious” is outraged that “his” UFC 197 poster does not reflect the historical significance of his latest endeavor.

“This is a super fight. I look upon that poster, I see myself tucked in the back there. That’s what I just noticed, where is my damn belt? Where are all these historic images? These are posters that will be looked back on long after it’s all said and done and you’ve got to look back on that absolute garbage. So you know, I think I might have to go into that department because they must be getting comfortable in that poster department. They wanna get their act together and start doing their damn job. [Dos Anjos] fought on free TV. He’s never brought a dime to the company, he’s never made a dime yet there he is sitting on the front of my poster.”

McGregor is moving up in weight and the featherweight title will not be on the line, therefore there is no reason to feature it on the official event poster. The only problem with that rationale, is that UFC went and gave BJ Penn his strap when he tried to accomplish a similar feat at UFC 94.