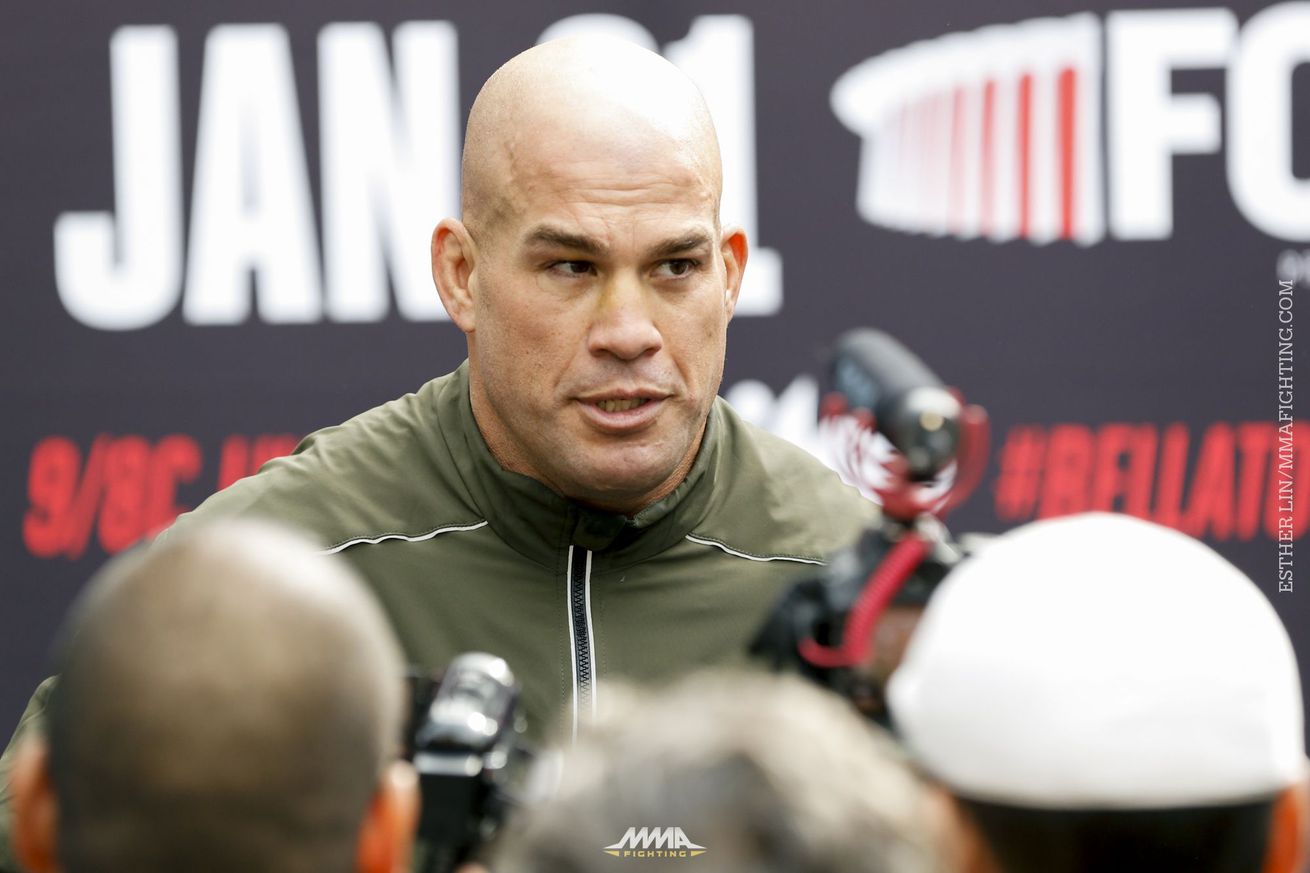 Ortiz, an all-time MMA great, doesn’t think Sonnen belongs in that type of class. He told MMA Fighting as much Wednesday after Bellator 170 open workouts in Hollywood.

“What has he done legendary?” Ortiz said.

“The Huntington Beach Bad Boy” said Sonnen fought and lost to the likes of Jon Jones and Anderson Silva, but wasn’t the true “main event” in those fights.

Ortiz and Sonnen will meet in a grudge match at Bellator 170 on Saturday night at The Forum in Inglewood, Calif. Sonnen will be making his Bellator debut after a three-year absence from the sport, mostly due to a doping suspension from the Nevada Athletic Commission (NAC). Ortiz and Sonnen have gone back and forth with trash talk leading into the fight and Ortiz kept at it Wednesday.

“He’s never had a big win in, [what] five years?” Ortiz said. “Eight years? He talks well. His mouth sells everything. But Chael Sonnen is writing checks that his ass can’t cash.”

Ortiz, 41, didn’t like some of the things Sonnen, 39, has said over the last few months. He didn’t appreciate Sonnen saying he was poor and mentioning his car getting repossessed. Ortiz, a UFC Hall of Famer, said he has been fired up going into the final fight of his career against Sonnen because of the rhetoric.

Ortiz (18-12-1), regarded as one of the greatest light heavyweights of all time, knows the talking will stop Saturday night and he plans on being the one dishing out the punishment.

“He is playing a game,” Ortiz said. “He’s an actor. He’s playing a game. He knows who’s the better fighter. He knows it deep down. When I’m on top of him and I’m elbowing his face, and I split his face wide open — there’s blood everywhere — he’s gonna quit. He’s gonna give his back. I’m gonna try to hurt him. This is not a game. This is not a wrestling match.”

Sonnen (29-14-1) made remarks Wednesday after his workout that Ortiz got all the opportunities in the UFC earlier in his career. Sonnen said he wasn’t given those same opportunities, and if he had, he would have taken the ball and run even further than Ortiz did. Ortiz said the comments stem from “jealousy” and Sonnen is the one to blame for not earning the opportunities.