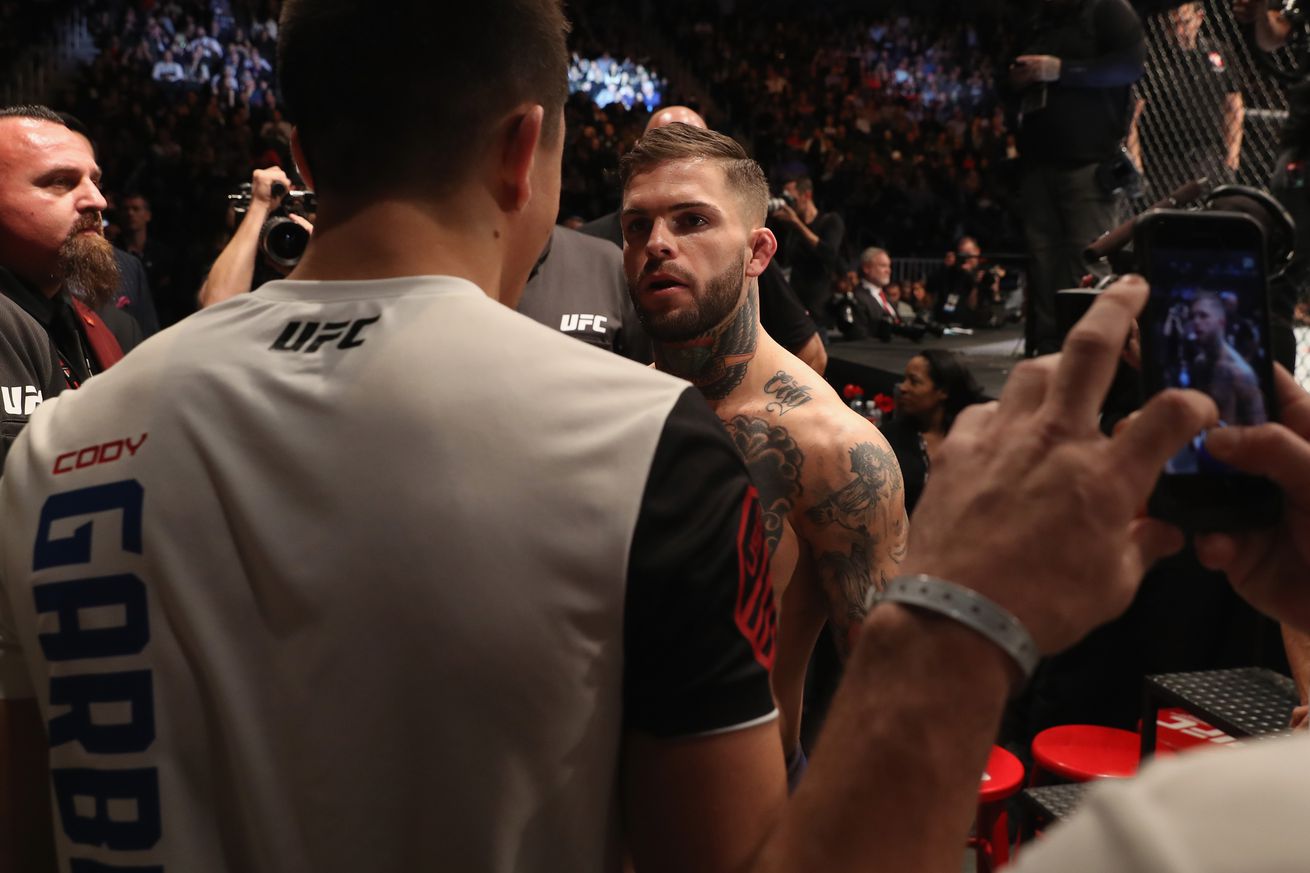 More on how that fight came together here.

“No Love,” who captured the crown with a masterful performance against Dominick Cruz at UFC 207 last December, might be obsessed with his opponent, a veritable “cancer,” who also held hold at 135 pounds.

That’s according to Dillashaw’s conversation with Submission Radio:

“I was never close with him, I was never friends with him and he’s just obsessed with what I’m doing and how I’m living and what’s going on in my life. I don’t question anything of what he’s got going on cause that’s him. I could care less. You know, I just kind of feel like they’re just obsessed with what I’ve got going on. Off-camera, not on interviews, things are fine. Things are perfectly fine. We’re in rooms together and things are nothing, but as soon as the camera’s on and doing interviews, he’s the tough guy because he wants to look cool. For him it’s all about looking cool and getting his social media followers up. It’s a lot of petty stuff. He’s getting his hair lined up and his eyebrows waxed and looking as cool as he possibly can, but really I think it makes him look just kinda dumb, you know, to buy into all that. He really doesn’t have the wits behind him. He can talk, but really it’s just him getting angry. You saw with Cruz as well, he just kinda gets angry and loses it. He really doesn’t have any valid points.”

TUF: “Redemption” will premiere with a two-hour episode on Weds., April 19, 2017, at 10 p.m. ET on FOX Sports 1, but taping has already begun, as both Garbrandt and Dillashaw recently revealed their respective coaching staffs (see them here).

Until then, and of course long after then, expect a lot more of this talk until they finally settle their score inside the Octagon.