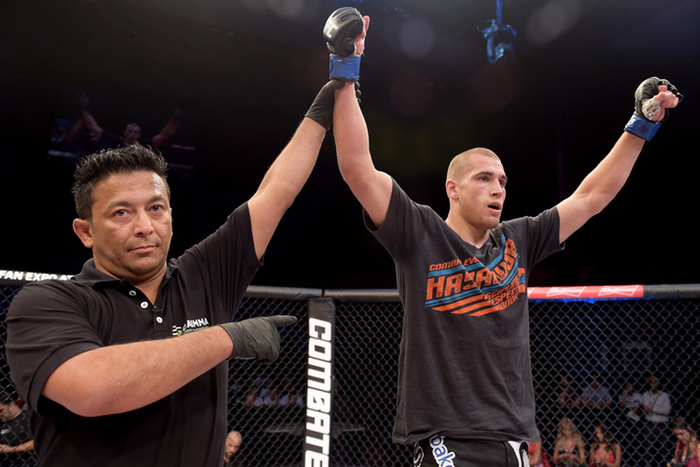 Tom Breese might be the most exciting prospect hailing from the UK at the moment. Scoring back-to-back first round knockouts in his first two outings under the UFC banner, understandably, there is a lot of hype around the 24-year-old. The fact that he joins fellow Brits Michael Bisping and Brad Pickett on the main card of UFC London, which will broadcast on UFC Fight Pass on February 27, says a lot about how much of a draw he is at home.

The towering Englishman is very much his own man too. Unlike the swarms of fighters that are now donning three-piece suits and talking exclusively in insults in an effort to travel Conor McGregor’s successful route, Breese chooses his words very carefully and marches to the beat of his own drum.

For a lot of the UK charges, it means the world for them to compete in front of their home crowd. Although Breese reluctantly concedes that he is “excited”, he can’t help but confess that it would be more meaningful to him if he was competing in his home city, Birmingham.

“I’m excited about every fight no matter where the it is, but at the moment I’m fine,” said Breese. “I’ll probably be more excited when it comes to fight week, but it’s good to fight in London. I think an English event would mean more to me if it were on in Birmingham. That’s my home city. I’m still excited to fight in front of my country.”

I don’t know if he fits the bill of being the “strong and silent” type, but looking at the choices he has made in his life, it’s clear that Breese will stop at nothing to reach his goal of becoming one of the greatest fighters in the world. For most 21-year-olds, ….View full article