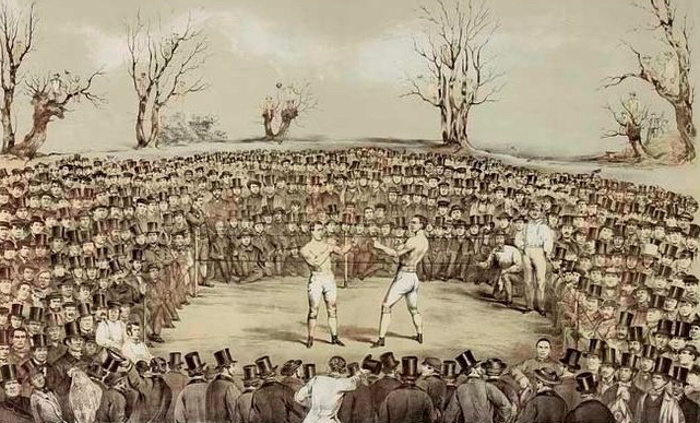 “Championship of England and America” by Jem Ward,1860 (Wikimedia Commons)

Fighting isn’t historically a sport for life’s winners. Pick a boxing story at random and it’ll start with someone with nothing to lose but something to prove. It’s a cliché, but clichés have their basis in truth; the married guy cheats on his wife because he’s bored, he’ll meet you in the corners of French restaurants just like the clichés go, nothing in the world is new. And sure as hearts break and he’ll never leave her, the boxing cliché starts badly and ends worse: in poverty, in lonely death, in pathetic attempts to drag a failing career back through the ropes in unheard-of towns for less money than anyone’s worth, in shaky middle-aged proclamations on breakfast TV about how it’s time for the comeback the fans have been waiting for. It’s why fighting makes for great movies and bad lives, it has all the tools to tear you apart: failure and success, blood and grit, fatal injury to body and soul. Redemption, maybe. This is another one of those stories, but you probably haven’t heard it unless you toured a cemetery in North London and saw the statue of the dog on the grave.

Tom Sayers was a nobody, an illiterate builder who lived in a slum with London’s other labourers, in cheap houses they had built for themselves. At 22, his 5’8 frame weighing somewhere around 150 pounds, he had his first bare-knuckle pro fight in 1849, though he’d been building a reputation underground long before it. At this point Queensberry rules wouldn’t be published for another 18 years, so there were no formal weight divisions and no round limits. Fights could go on for hours, a bloody sideshow spectacle of two men beating each other until one, or both, was destroyed. In his decade-long, 16-bout career, Sayers lost only once. But it wasn’t the loss that was memorable, it was the time he fought an American fighter—a 6’2 190-pound New York City thug-for-hire called John Camel Heenan, eight years his junior. It was Sayers’ last appearance in the ring and boxing’s first world championship. The score was a draw—a disputed, sorta kinda draw—the best result the ref could pull from the chaos. 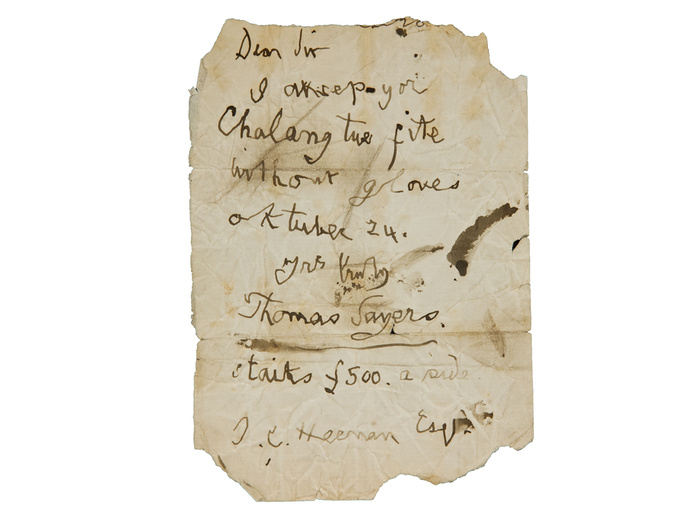 At the time prizefighting was illegal and didn’t have a huge following outside of its weirdo niche enthusiasts, but Sayers did. Men his own size refused to fight him because they thought he was too dangerous, so he had a hard time making a match and getting paid. He was a tiny guy who went on to beat leading heavyweights and become an unlikely national hero. When the fight with the huge American was announced, the crowd frenzy made the papers in both countries. Harper’s Weekly said that the people of England were so engrossed in the idea it made the Spanish and their bullfights look mild.

A century in the myth machine means it’s hard to tell what’s true, but according to various stories Charles Dickens was there, Parliament shortened its hours so MPs could go, and Queen Victoria sat in her palace waiting for the result. The fight took place in a field outside of London in April 1860, and both fighters were ruined in the early rounds: Sayers boxed one-handed having injured his right arm, and Heenan was half blinded by a swollen right eye. In the 37th round, Heenan strangled Sayers by pushing his head down over the top rope. The ropes were cut, the crowd surged and invaded the ring, but the fight didn’t stop: they pitched their ring a few yards away and the destroyed fighters started again, continuing until the police turned up at the edge of the field and everyone fled the scene. Over 42 rounds and more than two hours, Heenan’s face was so bloodied he was unrecognisable. The referee declared a draw, Heenan disputed it and demanded a rematch, but a rematch never happened. They both got a championship belt to take home. 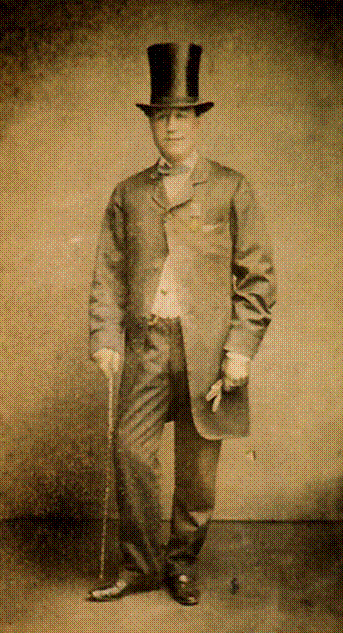 But after a decade of fighting bigger men without rules, Sayers wasn’t what he used to be. In a unique instance where fans cared so much more about the fighter’s health than his fights, they literally paid him to stop. They raised a huge amount of money—£3000 in 1860, which is at least hundreds of thousands now if not more—so he could quit the ring and retire with whatever was left of himself.

Sayers’ post-fighting years were filled with divorce, acrimonious break-ups with women, diabetes, tuberculosis, a weird decision to try going into the circus business, and if his fans hadn’t safely invested the cash for him he probably would have drunk it all. He died five years after the Heenan fight at the age of 39, above a shop on Camden High Street that now sells novelty T-shirts to tourists. Later that year, the Queensberry rules were drafted, which gave fallen men a 10-second time limit to get on their feet, set the standard for the three-minute round, and gave the boxers their gloves.

The mountain of leftover money was then repurposed as a fund for one of the most extravagant funerals London ever saw. The funeral procession was modelled on the Duke of Wellington’s, who was carried to his crypt in St Paul’s Cathedral in an elaborate 12-ton 6-wheel funeral car. Sayers’ mastiff dog, Lion, was the chief mourner and sat at the front of the cortege with a crepe ruff around his neck as the coffin was carried to Highgate. Thousands of people lined the streets to watch their hero go by, though he died a different man to the one they knew: untreated diabetes left him bitter and abusive and the drinking never helped.

There’s always talk about when a fighter should quit, and with Ronda Rousey’s failed comeback it’s at the top of the charts again. Each time she loses she hits bottom, and each time that bottom is a little closer to the centre of the earth. A year ago she was in tears on Ellen talking about wanting to kill herself but when Amanda Nunes beat her in December Twitter was still flooded with Rousey punching bag memes, her loss a springboard for jokes by people who don’t know what it’s like to lose in a sport where you’re only undefeated until you’re not. When the heart goes out of it, a fight can feel like watching our heroes kill each other in an illegal cockfight. When they don’t want to be there, and it was never clear that Rousey did, it’s hard to watch. 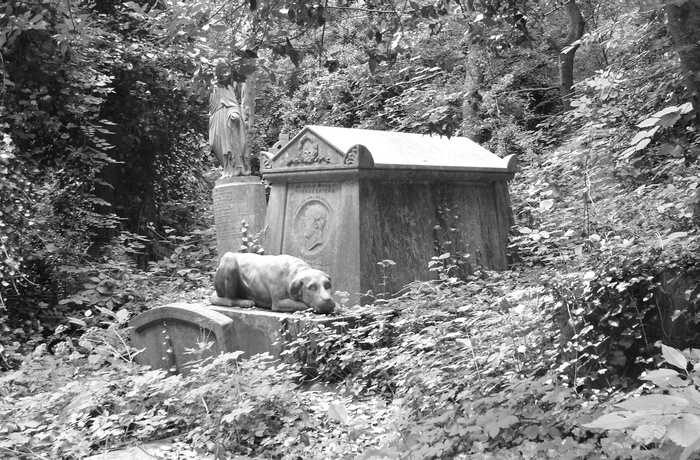 You have to wonder if anyone cares as much as anyone cared for Sayers. With so much emphasis placed on legacy, it’s incredibly sad that he’s just a body in a cemetery, visited by Americans in puffer jackets instagraming pictures of his sleeping stone dog above him, before moving onto the next stop on the tour of Victorian death. The human brain can only take so many hits, and propping up losers as our heroes only lasts until they fall. Who is it for, what is it worth, and how long until we forget?

Check out this related story:

Gypsy in the Ring: The Brave Life of Johann ‘Rukeli’ Trollmann