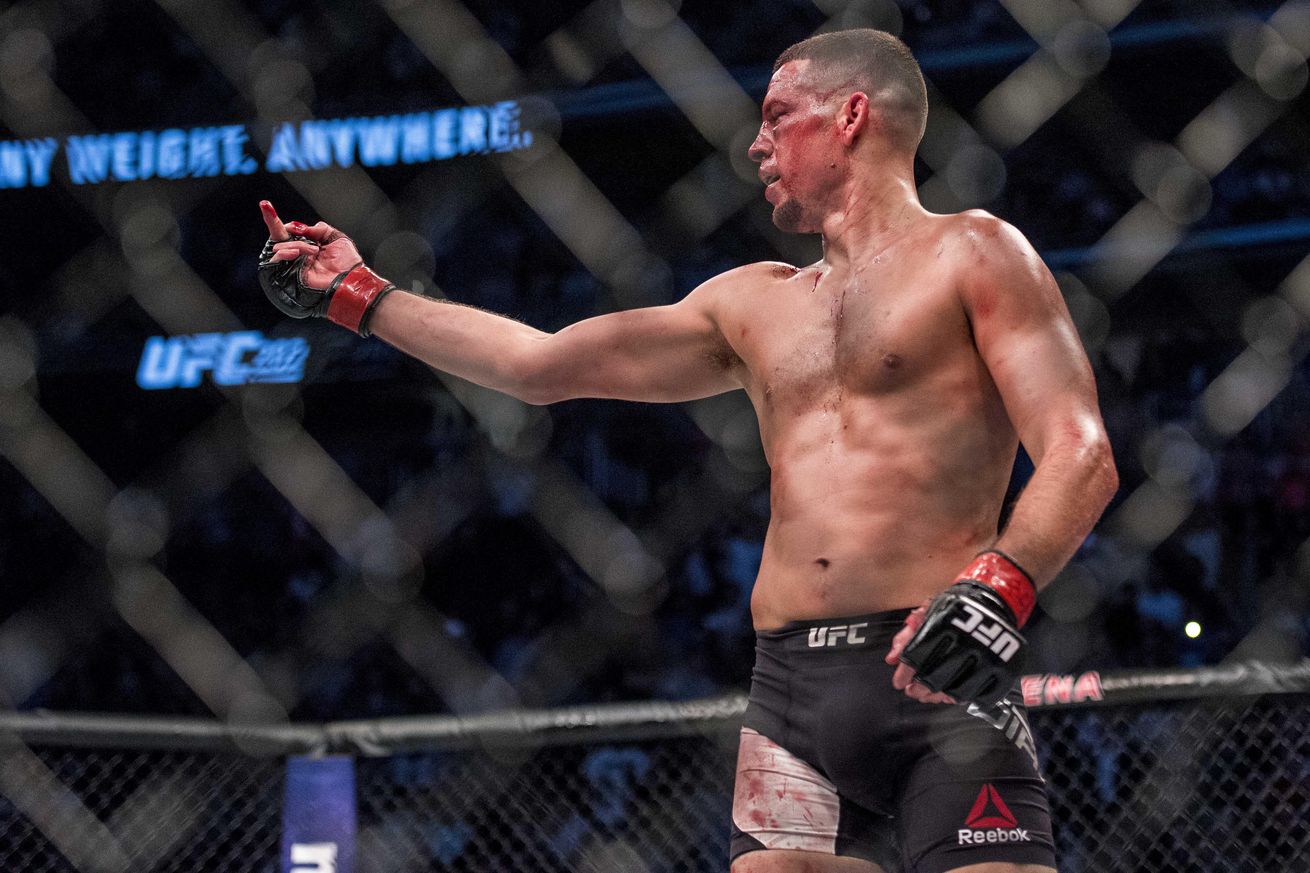 For the third straight time, a proposed fight between Tony Ferguson and Khaib Nurmagomedv was cancelled after “The Eagle” was bounced from the matchup at UFC 209 due to weight-cutting issues (details).

Trying to move on from losing out on another title eliminator bout — and a big payday — Ferguson wants to get back into the cage as soon as possible, and he has a few names in mind.

Chief among them is Nate Diaz, a combatant “El Cucuy” says can challenge him in all facets of the fight game, particularity the standup department.

“It is what it is man, I’ll try to move on from this and try to offer Khabib a chance to come back at it, but I don’t think he’s doing too good. So, I am not sure who’s next,” said Ferguson on The MMA Hour.

“I’m ready, my body doesn’t know anything different but to fight right now. That’s what I want to do, I want to fight soon, for the belt. I’m just throwing names out there, but, I think Nate Diaz and myself could actually put on a good show. I think his ranking is kind of bullshit, too, but, I don’t really see anyone else,” he added.

“I know Barboza called me out, but, it is what it is and everything is kind of up in the air. I want to fight for the title, I want a fair fight, go in there and kick this dude’s ass, no matter who signs on the dotted line. I want to fucking move on, kick Conor’s ass, if he’s not here yet. I don’t know what he’s up to. Let’s just go.”

In his assessment of the Lightweight division, Ferguson says beating Nate (No. 8), is the only one that will do anything for his career moving forward. Plus, while he stopped short of calling his shot, “El Cucuy” says he hasn’t had a good clean knockout in a while, so fighting Diaz gives him the chance to do that.

“Just because he’s a decent striker and I haven’t had a knockout in a long time. I’m not trying to call my shot of a knockout, but I think my boxing is a little bit better than his. It is what it is. My standup is better but this isn’t boxing, it’s MMA. I’m just starting to mix it up with takedowns, cool stuff you saw at the workouts,” he added.

“Nate is one of the dudes that can honestly challenge my talents right now. He’s a good fighter, a black belt in jiu-jitsu, I respect that. I’m a brown belt in Eddie Bravo’s system, buy I’m a black belt in my own system.”

Still, Tony isn’t completely out of the Khabib business, as he reveals he is still open to settling his beef with “The Eagle.” But, before he signs on the dotted line for the fourth time, there have to be stipulations in place to assure he gets paid should Nurmagomedov flake again.

“Of course not (giving up on Khabib fight). Khabib four would be absolutely crazy, but, there would have to be some things secured if he doesn’t show up or doesn’t make weight. I’d like to get my pay, that would be beautiful; and then his show money would be great because this would be the fourth time. He would have to take a loss. This is a profession we are in and that’s not too much to ask if he would agree on it.”

Getting his pay, I hear, has been a tough road to navigate for “El Cucuy.”

That said, it might behoove Tony to start thinking about a potential rematch against Barboza, who looked rather impressive with his knockout win over Beneil Dariush this past weekend in Brazil.