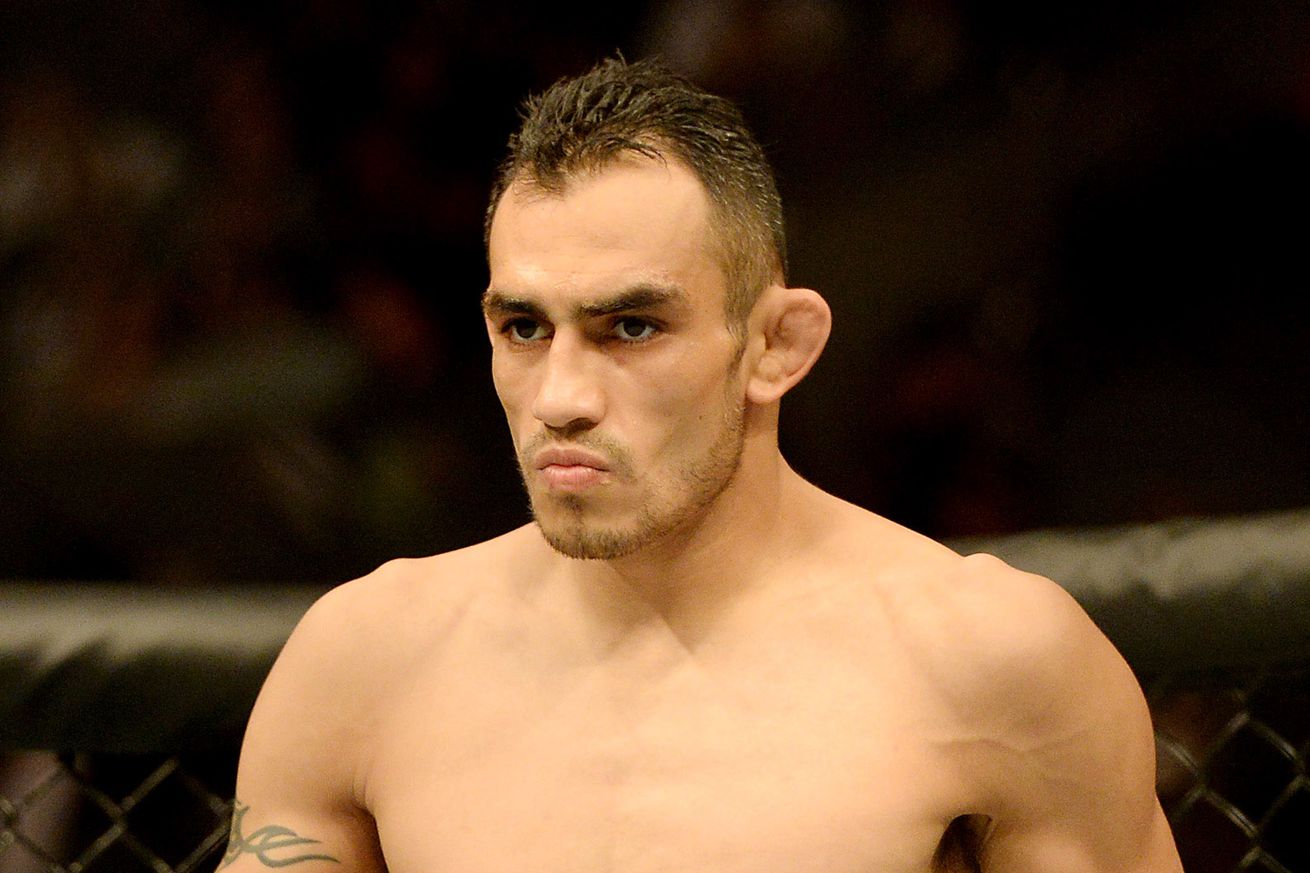 More than a few eyebrows were raised when it was announced that a rematch between Tony Ferguson and Michael Johnson would take place at UFC 197 on March 5, 2016 in Las Vegas, Nevada.

Well, Ferguson is currently on the cusp of a title shot — thanks to his seven-fight win streak — while Johnson finds himself staring at a two-fight skid. Sure, “The Menace” holds a win over “El Cucuy,” but it would seem there isn’t much for Tony to gain with in victory, but everything to lose.

Not so, according to Ferguson, as he revealed on The MMA Hour that Johnson was the only lightweight game enough to accept a fight against him right away. Plus, he wants to take care of some unfinished business in “Sin City.”

“Well, let me start off by saying that they offered me the Khabib fight twice. Once in December and once in February. But due to injuries, he couldn’t take the fight. He asked for a fight in April, but honestly I am having a new family (member) arrive in April and I cannot wait around that long. I’m a business man and I have unfinished business. When I looked at the drawing board, everybody else’s timeline is taken. You have Pettis, I don’t know where he’s at. Let’s just look at this list, you have everyone either choking, broken, or they have a fight lined up. It’s a waiting game and I’m not hear to wait. I did say that I was going to beat everybody in the division, and Michael Johnson and I have unfinished business. So, he is the only one right now that is game to take the fight. Two losses, I understand that, but I’d be pissed off and I wouldn’t want a third loss. I can ….View full article