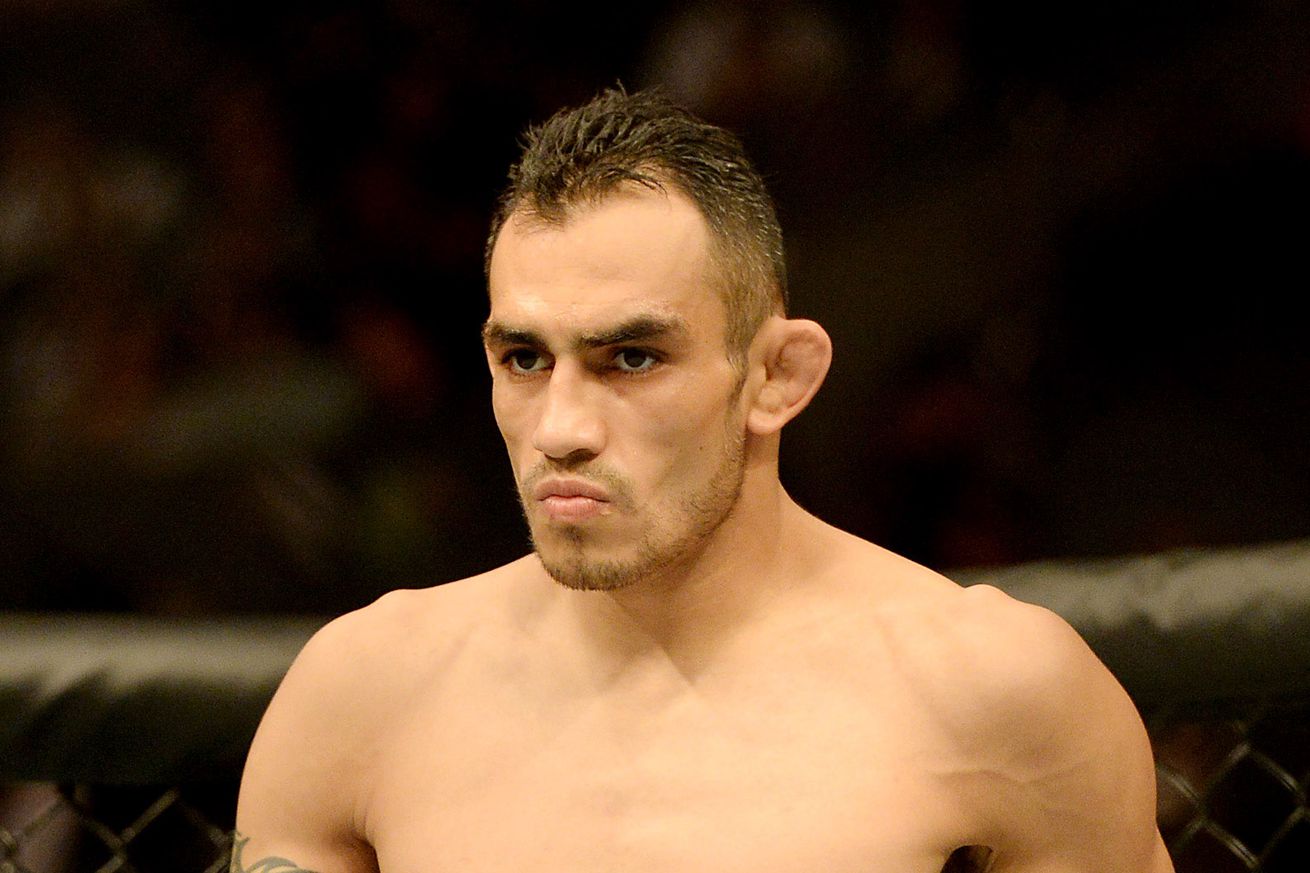 Everybody is trying to get over on Conor McGregor these days. And considering the Ultimate Fighting Championship (UFC) featherweight king is stretching the bounds and making a move to 155 pounds to challenge lightweight champion Eddie Alvarez at UFC 205, he has even more divisional kamikazes to dodge as 2016 comes to a close.

So it shouldn’t come as a surprise that one of the more outspoken lightweights in UFC today, No. 3 ranked contender Tony Ferguson, set his crosshairs on McGregor in recent talks. As a matter of fact, “El Cucuy” believes McGregor owes much of his trashtalking ways to him.

“That dude stole all my quotes, bro!” said Ferguson during a recent episode of Chael Sonnen’s You’re Welcome podcast (h/t BJPenn.com). “My direct quote that I said when I fought Abel Trujillo, before McNuggets even stepped into the picture, was ‘I don’t look past my opponents, I look through them.’ Look at the timeline, check that shit out, and get back to me.”

Ferguson may have a point. McGregor, who often resembles a mixed martial arts (MMA) version of World Wrestling Entertainment (WWE) personality Ric Flair, has used that line a few times. But in the Irishman’s defense, so much comes out of his mouth that it’s nearly impossible to keep track of all of it.

“I said that I was gonna call my shots, even via D’Arce against Mike Rio,” added Ferguson, who has the same management team as McGregor. “My management went and told Conor, ‘hey, in the next interview, I’ll tell you what, why don’t you predict your fights, and that way it’ll come back towards you and it’ll be great.'”

Little is sacred in a sport as violent as mixed martial arts (MMA), especially when it comes to verbal warfare, so it doesn’t ….View full article