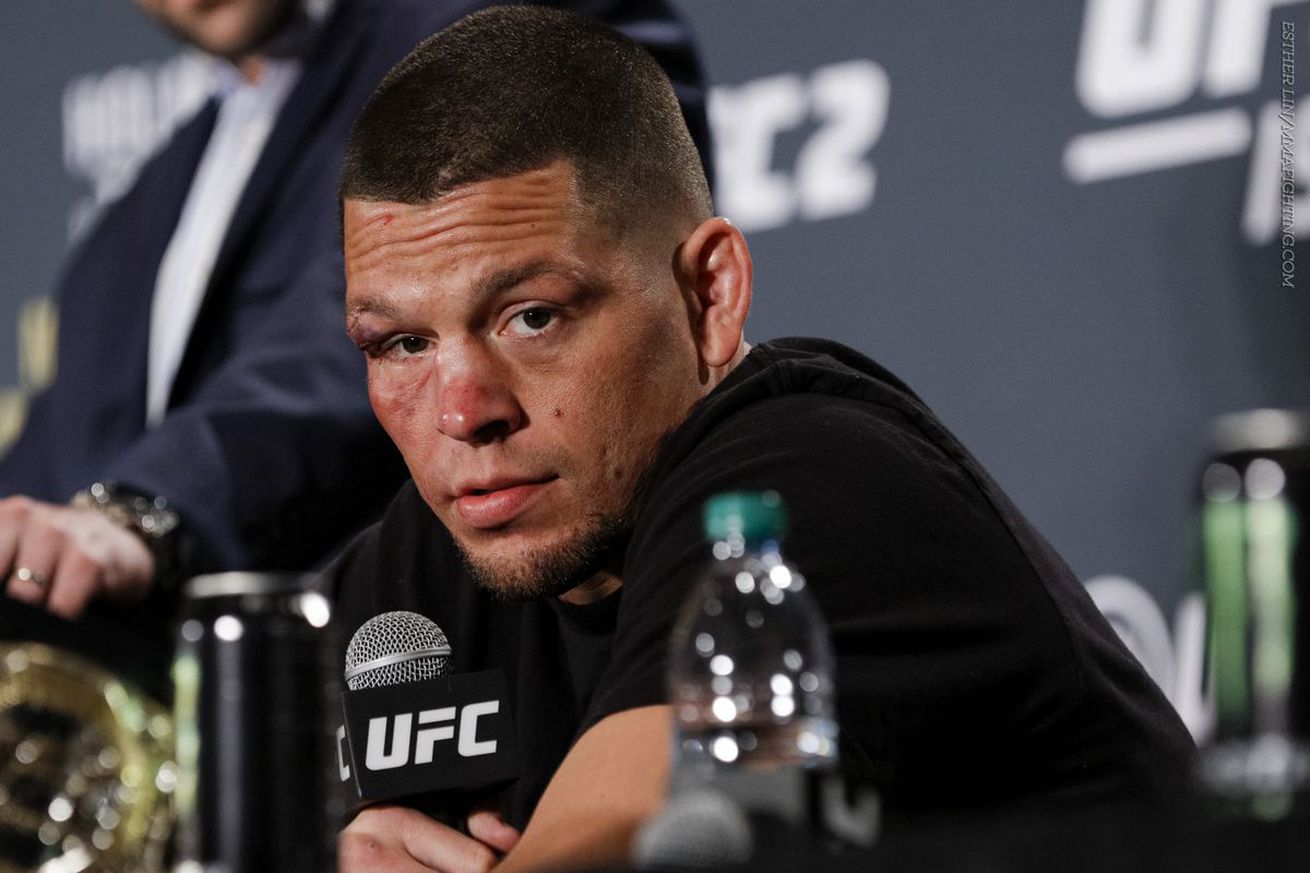 Nate Diaz admits he accepted — then subsequently rejected — a Lightweight bout against Tony Ferguson at UFC 213 on July 9, 2017, in Las Vegas, Nevada, because “circumstances” weren’t right. Needless to say, Ferguson was not impressed, taking to “The MMA Hour” to clown Diaz for rejecting the fight by saying that his decision to back down proves he’s no gangster.

And he’s also not a real “biker” for that matter.

“He wants to talk about doing this biking thing, you don’t even own a Harley, you got a Schwinn bike,” said Ferguson. “You have got no heart. You call yourself gangster? You’re backing out from a fight. Let’s go dude. We’ve got a main event that’s open that needs to be filled. So if you want to make some money and impress the fans, want to get back out there and sell your weed, that’s great. Sign on the dotted line and put your name back out in the crowd. Let’s go kid.”

As for how Ferguson reacted once he found out Diaz had opted not to sign on the dotted line, “El Cucuy” didn’t hold back with his disappointment.

“You’re a bitch, I don’t know what his problem is,” Ferguson said. “I understand you said McGregor, I’m not going to do your dirty work for you. I don’t want to have to go into name calling, I don’t want to do that, but if you’re a fighter in this organization, and you said you’d rather go ride a bicycle, you got better things to do? That’s cute. That’s real cute.

“I might as well Stockton slap the shit out of you,” he continued. “I’m from the 805, I’m tough. And I don’t have to talk about how tough I am, but I am a hell of a lot tougher than that dude.”

These days, Diaz is all about trying to get the biggest fights against fighters with drawing power after he cashed in courtesy of two back-to-back fights against Conor McGregor. All that cash, though, seems to have softened the Stockton slugger, according to Ferguson.

“Money never made me soft,” he said. “Shit, even if it made me soft I wouldn’t forget where I came from. You have a place to represent, you got a man calling you out right here and you’re not signing on the dotted line? You’re a clown dude. You’re fake.”

Despite Ferguson’s best efforts, it’s highly-unlikely Diaz will take the bait following the latest call out, as Diaz plans on sitting out the rest of the year.