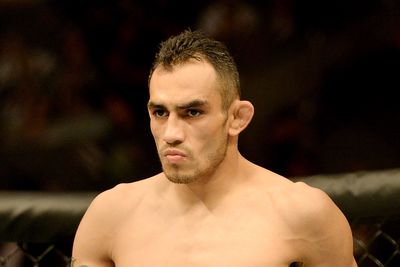 It’s been a slow, but steady, climb to the top of the Ultimate Fighting Championship (UFC) Lightweight division for former The Ultimate Fighter (TUF) 13 winner Tony Ferguson (19-3), who was initially scheduled to clash with streaking Dagestani dynamo Khabib Nurmagomedov at TUF 22 Finale later this year.

Unfortunately, “The Eagle” was bit by the injury bug — which has been a consistent subject of late — and taken out of their co-main event tilt inside Chelsea at The Cosmopolitan on Dec. 11, 2015.

In comes electric Brazilian striker and company man Edson Barboza (16-3), per UFC.com, fresh off a victory over Taekwondo specialist Paul Felder at UFC on FOX 16 three months ago in which he replaced an injured Anthony Pettis.

Over the last four years, Ferguson has compiled a 9-1 UFC record.