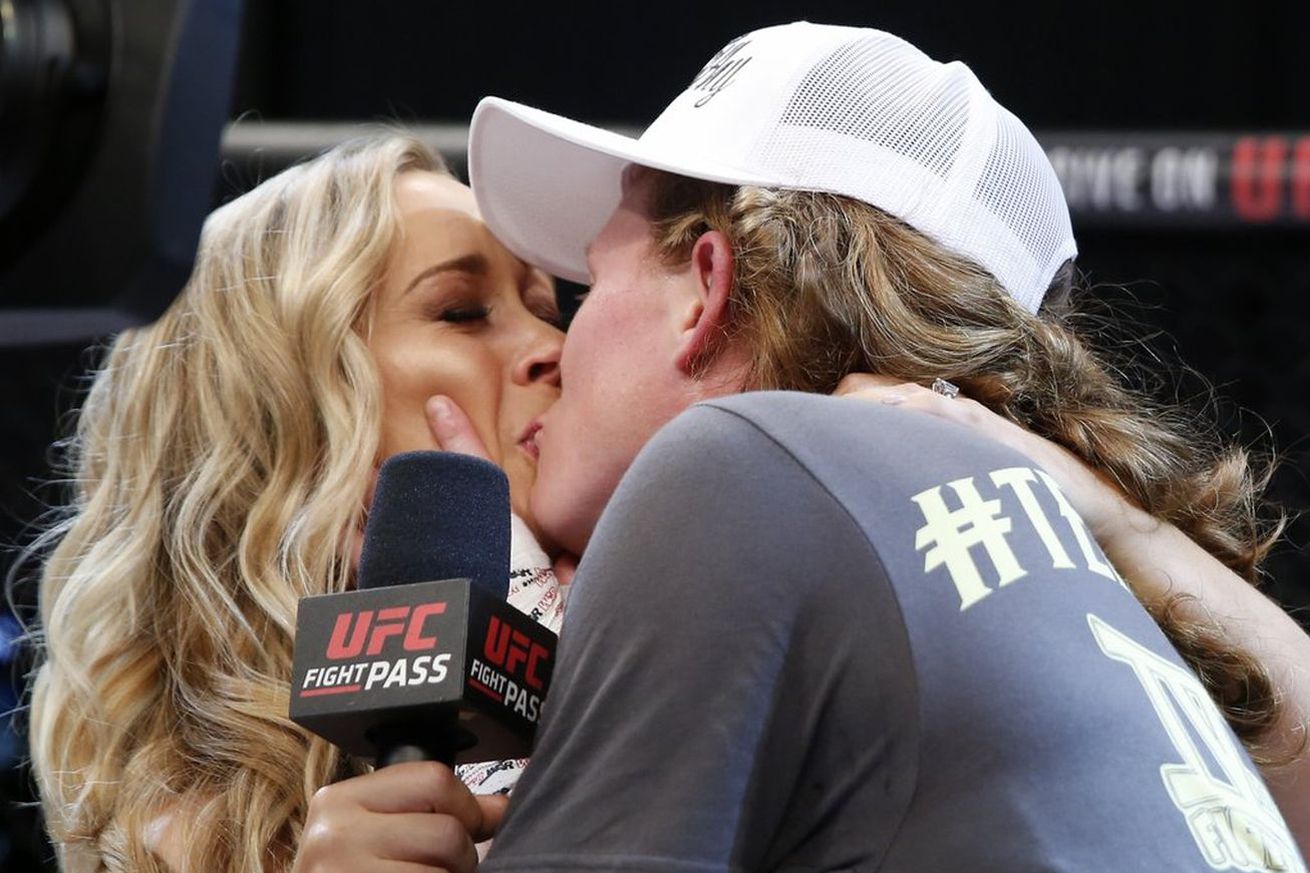 Tonya Evinger — who is openly gay — made the most of her opportunity following her victory over Colleen Schneider in the main event of Invicta FC 17 on Saturday night (May 7, 2016) in Costa Mesa, California by planting a big wet one on in-cage announcer Laura Sanko.

As you can see in the video embedded belwo (via MMA Fighting), Sanko — like everyone else that was watching — was caught off guard.

While completely unexpected, what added a bit more intrigue to the kiss is the fact that Tonya has just puked her guts out into a bucket following her Bantamweight title defense.

As for why she did it, Evinger declared she was trying to win MMA Moment of the Year. You definitely got our attention Tonya. Still, the move, of course quite a bit of a stir in the MMA community.

Naturally, Tonya took to Twitter to clarify and defend her actions.

So to all my haters out there stirring the pot over my attempt to win “moment of the yr”, take a chill pill and relax. Me and laura are friends and not everyone is as fragile flowers as you guys, some ppl have a sense of humor. Thx again @laura_sanko for bn such a good sport and helping me win this time around..#momentoftheyear #voteforme

It’s all good! @tonyaevinger is a heck of a prankster but we are friends lol 🙂 #invictafc17 #IFC17 @InvictaFights pic.twitter.com/otNZGDP9bG