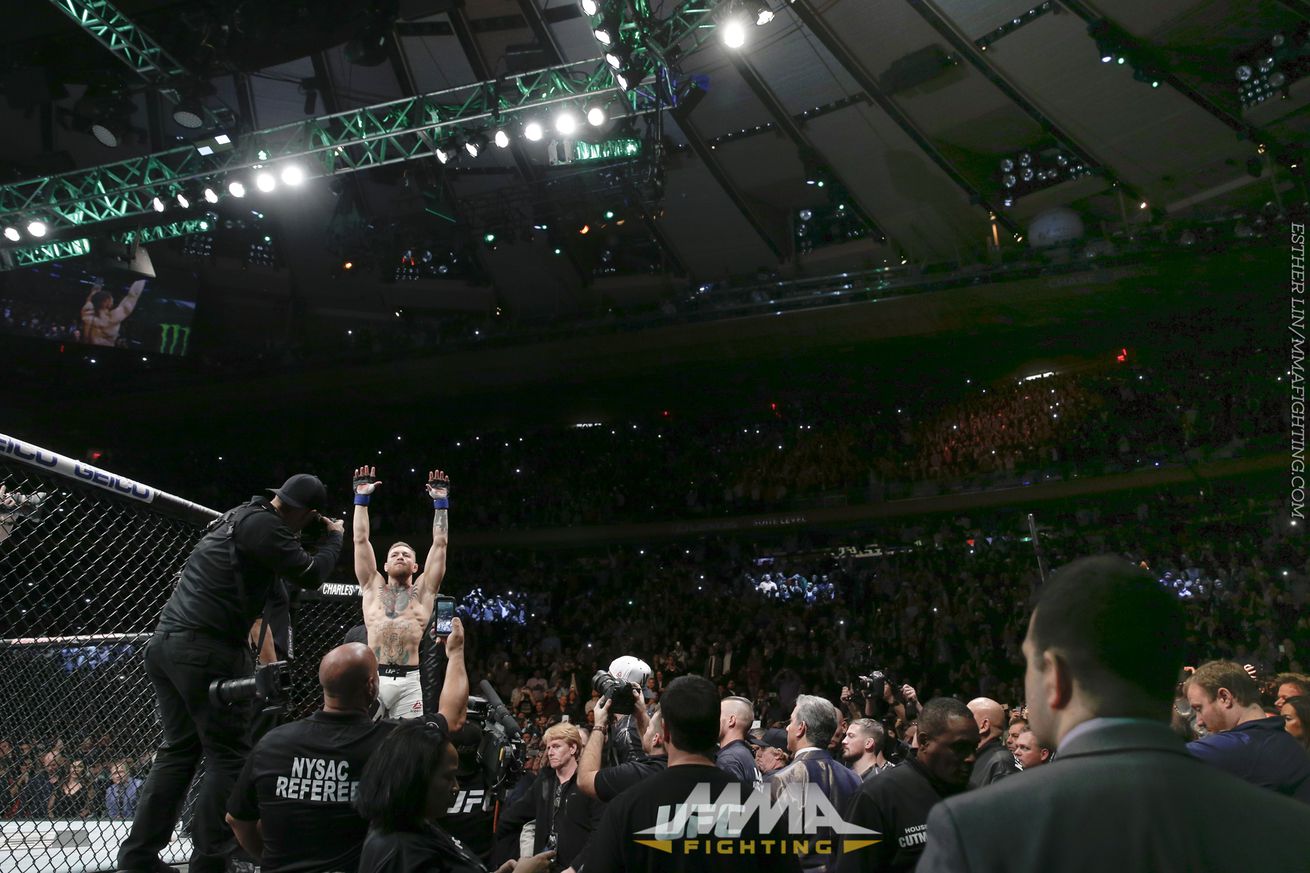 If you had a friend who has been out of touch with MMA, who hadn’t kept up with Conor McGregor’s exploits in 2016 and wanted a summary of the last year, what would you say? Where would you start?

Over the last 12 months, McGregor became the first two-weight world champion concurrently in UFC history. He embarked on one of the great rivalries in the sport’s history. He headlined three of the top pay-per-views of all time. He was yanked off UFC 200 and threatened retirement. He coined some of the most used phrases in the sport. He rendered rankings and titles nearly moot.

The list goes on. At the top, though, is this: Conor McGregor changed MMA in 2016. “The Notorious” shook the bedrock of the very sport. His influence permeated into the words and actions of many of his peers, perhaps without them even knowing it. 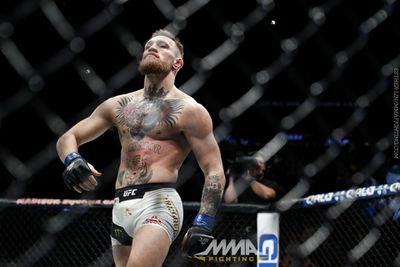 Esther Lin, MMA Fighting
Conor McGregor does the “billi strut” before his fight with Eddie Alvarez at UFC 205.

All of a sudden everyone is talking about money fights and red-panty nights. Titles have become secondary in some cases. McGregor isn’t the first person to put the purse over the gold, but he made it trendy this year.

The brash Irishman started off 2016 as the UFC featherweight champion, attempting to get the lightweight belt and become the first UFC fighter to hold two titles at the same time in different weight classes. Those plans went awry in February when Rafael dos Anjos, then the 155-pound champ, broke his foot and pulled out of the UFC 196 main event.

Enter Nate Diaz, who would be McGregor’s perfect foil. Diaz, coming in on 11 days notice, beat McGregor at 170 pounds in a non-title fight March 6 by second-round submission. It was one of the best nine minutes of action in UFC history, a bloody, battered Diaz rallying to stop a beaten and exhausted McGregor.

All UFC 196 did was nearly break the UFC’s pay-per-view record. The next time the two men met, at UFC 202 in August, that record fell.

McGregor couldn’t let that Diaz loss go. He had no desire to go back and defend his featherweight title. He wanted a rematch and who was going to tell him no? Not the UFC, which was surely salivating over the financial windfall.

Diaz vs. McGregor 2 was originally planned for UFC 200 in July, but McGregor was yanked by the UFC for refusing to fly to Las Vegas for a media tour, press conference and commercial filming. So, McGregor took to Twitter and announced an impromptu retirement. The tweet was shared hundreds of thousands of times — more times than Kobe Bryant’s retirement announcement from 2015.

I have decided to retire young.
Thanks for the cheese.
Catch ya’s later.

The battle with the UFC only heightened McGregor’s profile. So did a burgeoning rivalry, albeit a hollow one, with Floyd Mayweather Jr. Both men teased a boxing match pitting them against one another all year and lobbed barbs on social media and in interviews.

McGregor got back to MMA in August and avenged that loss to Diaz in a back-and-forth, Fight-of-the-Year contender majority decision victory at UFC 202. He wasn’t done there. McGregor came back three months later and achieved what he planned for all along in 2016: winning the lightweight belt.

Like everything else with “The Notorious,” it was so much more than that. He became a two-weight champion by finishing Eddie Alvarez in the second-round with a gorgeous combination — in front of a raucous sold-out crowd at Madison Square Garden. It was the UFC’s first-ever event in New York City and it set the gate record ($17.7 million).

If McGregor and Diaz can make millions upon millions of dollars fighting not even in their weight class without any real stakes, what’s this all about really?

“It doesn’t matter about rankings,” Dominick Cruz, the UFC bantamweight champion, told me in November. “It doesn’t matter what you’ve done. None of that matters. If that mattered, I’ve said it already, I’m a seven-time world champion. I’ve defended the title seven times. I’ve never lost at 135 pounds. What else do you gotta do to make that kind of money? Well, you’ve gotta talk, I guess. That’s what he proved. Because I have credentials, he has the mouth. He’s making the money.”