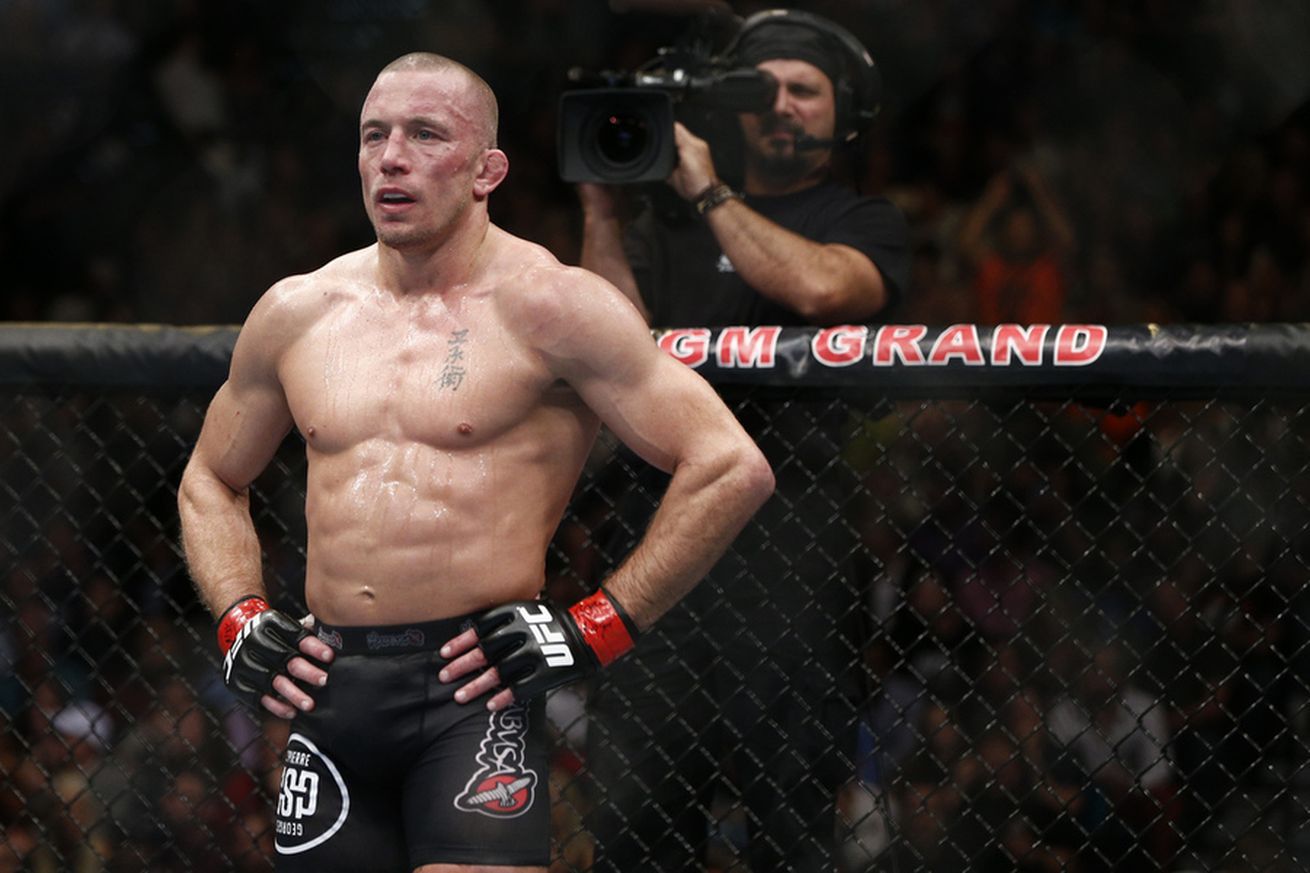 Now that Georges St-Pierre has inked a new deal to return to Ultimate Fighting Championship (UFC), the question as to who will welcome “Rush” back into the Octagon seems to be the hot topic.

The current popular choice is a showdown against current Middleweight champion Michael Bisping, as both men made their interest in fighting one another very clear.

While “The Count” is more than willing to brush the current No. 1 contender at 185 pounds to the side momentarily (sorry, Yoel) to land a million-dollar payday against the former welterweight champion of the world, he doesn’t think it’s a good move for “Rush” to move up a weight class to face him.

Especially coming off a three-year layoff.

“I hope they do. After three years, I think it’s a tough fight for ‘GSP’ If I’m honest. Fighters know the hardest part of fighting, of course it’s the physical; but the hardest part is the mental aspect. There’s self-doubt, inner-demons. ‘GSP’ kind of had a tough fight last time out against Johny Hendricks and spending three years away, and coming back stepping up a weight class and fighting me, I think that’s a bad idea for Georges St-Pierre. If he wants to do it then God bless.”

Admittedly, St-Pierre left the fight game shortly after his win over “Bigg Rigg” at UFC 167 back in 2013 in order to focus on his battle with obsessive compulsive disorder (OCD). With his head seemingly in the right place and his demons conquered, “Rush” is ready to get back into the cage to face the best UFC has to offer.

But is taking on someone as active as “The Count” — who is on quite a roll with wins over Luke Rockhold, Anderson Silva, and Dan Henderson in a span of just nine months — a good idea?