Home MMA News Travis Browne on foul-filled win over Matt Mitrione: ‘I am not a dirty fighter’
ShareTweet 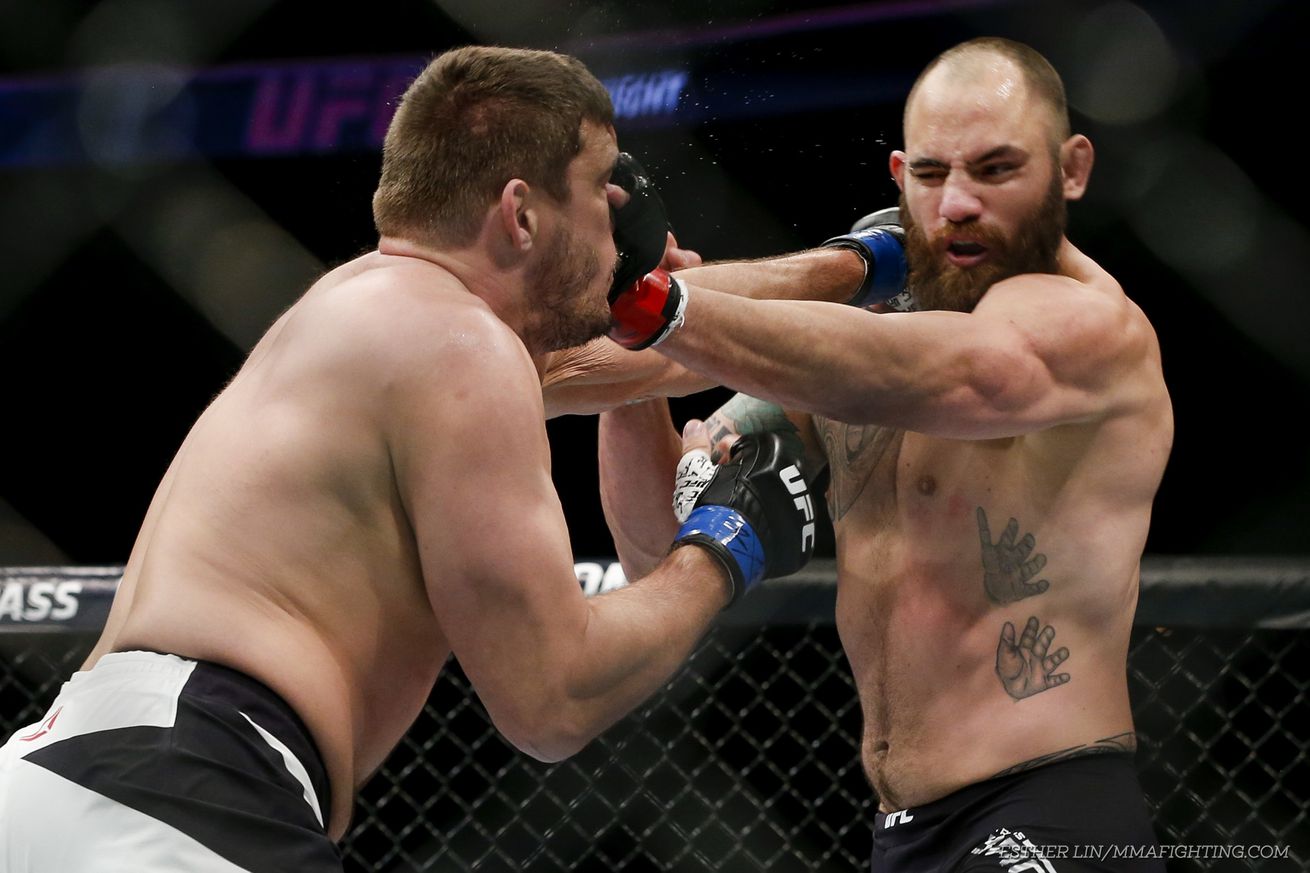 Travis Browne has a message after his controversial performance against Matt Mitrione: “I’m not a ditry fighter.”

Browne’s heavyweight main-card bout against Mitrione Sunday at UFC Fight Night 81 turned on a pair of eye pokes, neither of which were penalized by referee Gary Forman.

But Browne says not only were the eye pokes not intentional, but that he was profusely apologetic to Mitrione in the Octagon at Boston’s TD Garden.

“In the cage I was apologizing up and down to Matt,” said Browne, who won via third-round TKO. “That’s not my game. I’m not a dirty fighter. Even in the fight, I’m like, ‘Matt, man, I’m really sorry, I’m not trying to do that.’ He’s like ‘I’m jumping in on you, I’m alright, that happens.’ You know what I mean? It’s just one of those things where, it’s an accident, you know what I mean?”

The first foul occurred in the opening round, when a forward-moving Mitrione caught a pinky in the right eye. The second was a thumb which caught him in the same eye in the second round. Browne points out that on both occasions, it was a defensive reaction and not a conscious offensive maneuver.

“If you watch the fight, it’s not like I’m moving toward him trying to paw at him and poke his eye,” Browne said. “It’s more like, I’m trying to back up and hold my hand out. Third round I finally started closing my fist. It’s just part of the game, I guess. There’s no malicious intent behind it.”

While Forman has been criticized for his handling of the eye pokes — in part for not docking a point on either infraction, and in part for his delayed reaction to the second poke — Browne, as a fighter, can only work with whatever the referee decides.