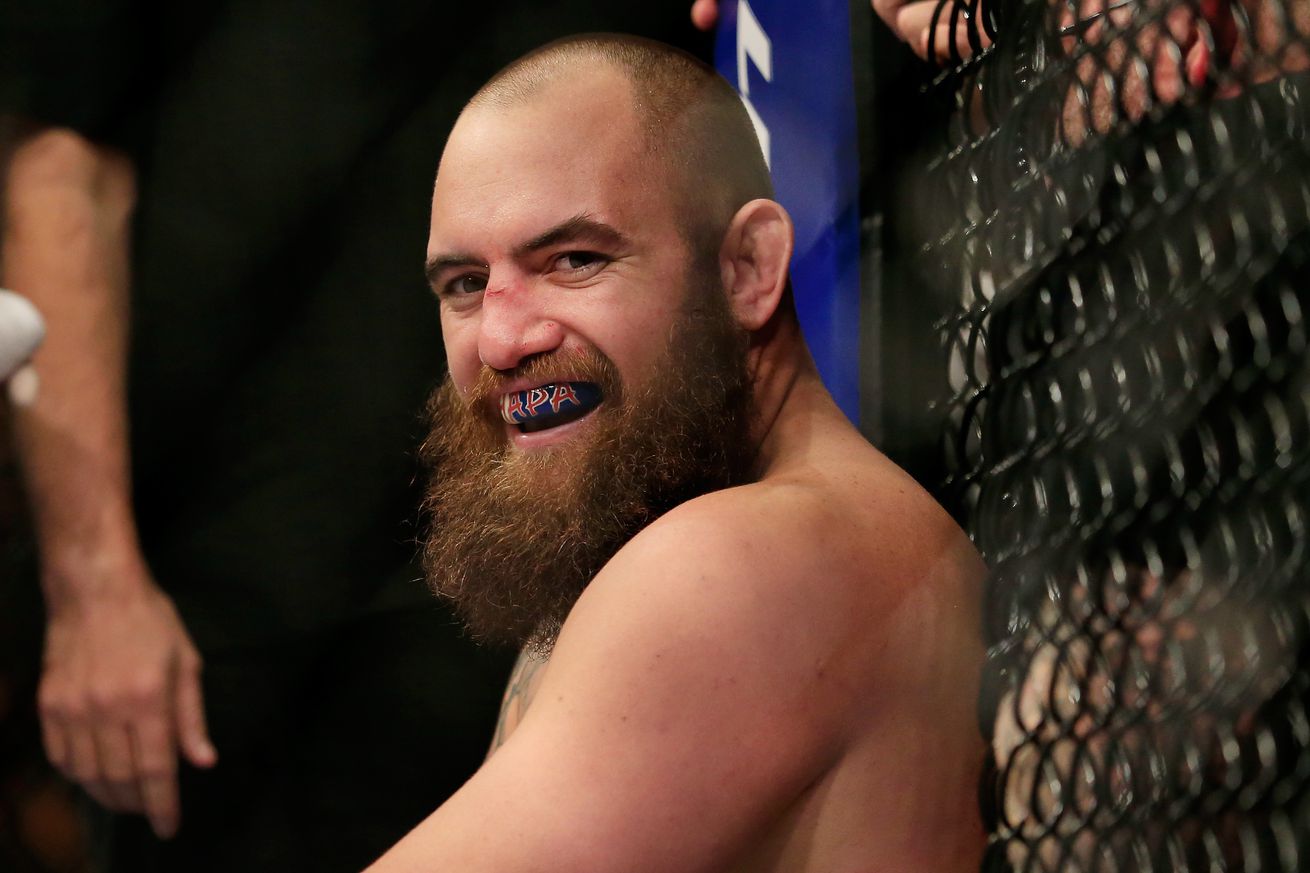 You know your girlfriend is famous when your official title in international media is “Ronda Rousey’s boyfriend”. Travis Browne been Bryan Caraway’d.

Rousey made the news recently when the former UFC women’s bantamweight champion told Ellen Degeneres that when she was at her lowest point following the loss to Holly Holm at UFC 193 she briefly considered ending it all.

Whether the mixed martial arts (MMA) superstar and film actress really considered suicide is unknown, but she did say her “man” pulled her out of that funk:

“To be honest, I looked up and saw my man, Travis, and thought, ‘I need to have his babies, I need to stay alive [laughs].’ I haven’t told anyone that except him. That’s what I was thinking, I was meant to have him when I was at my lowest.”

I talked about how I’m in love with this girl named Ronda.
Check it out @activ8_media!https://t.co/ReCEIP4x66 pic.twitter.com/iyJKPbTv4M

Browne recently spoke to Activ8Media about how “it feels great to be in love with Ronda Rousey”, and how he helped her through a difficult time in her life.

“I was there to support her in any way I could, just like any man would do for his woman. It’s pretty simple. There’s no magic in it. We go through those dark times and we need someone to lean on. I hate the fact that she had to go through that dark time, but like she said, it happened for a reason and there’s a great purpose. This is our story and this is our life, and I would go through hell and back for her.”

Hell and back? Dude, ixnay on the ell and back hay, some of us get annoyed when the wife asks us to ….View full article