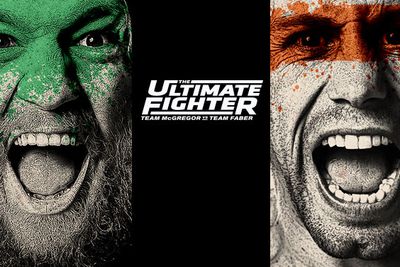 This is the end … beautiful friend.

Ultimate Fighting Championship (UFC) will tie a ribbon around its latest season of The Ultimate Fighter (TUF) just two days before its live finale on Friday night (Dec. 11, 2015) inside Cosmopolitan in Las Vegas, Nevada, headlined by featherweight rivals Frankie Edgar and Chad Mendes.

Neither of whom coached the combat sports reality show.

That honor went to Conor McGregor and Urijah Faber, who move on to fight different opponents at the UFC 194 pay-per-view (PPV) event on Saturday night (Sat., Dec. 12), also in “Sin City.”

But let’s not get ahead of ourselves.

Tune in tonight (Weds., Dec. 9) at 10 p.m. ET on FOX Sports 1 to find out who competes for the six-figure contract and easily-smudged glass trophy. The remaining semifinal fights are Saul Rogers vs. Marcin Wrzosek and Artem Lobov vs. Julian Erosa.

And we also get a surprise appearance from Jose Aldo!