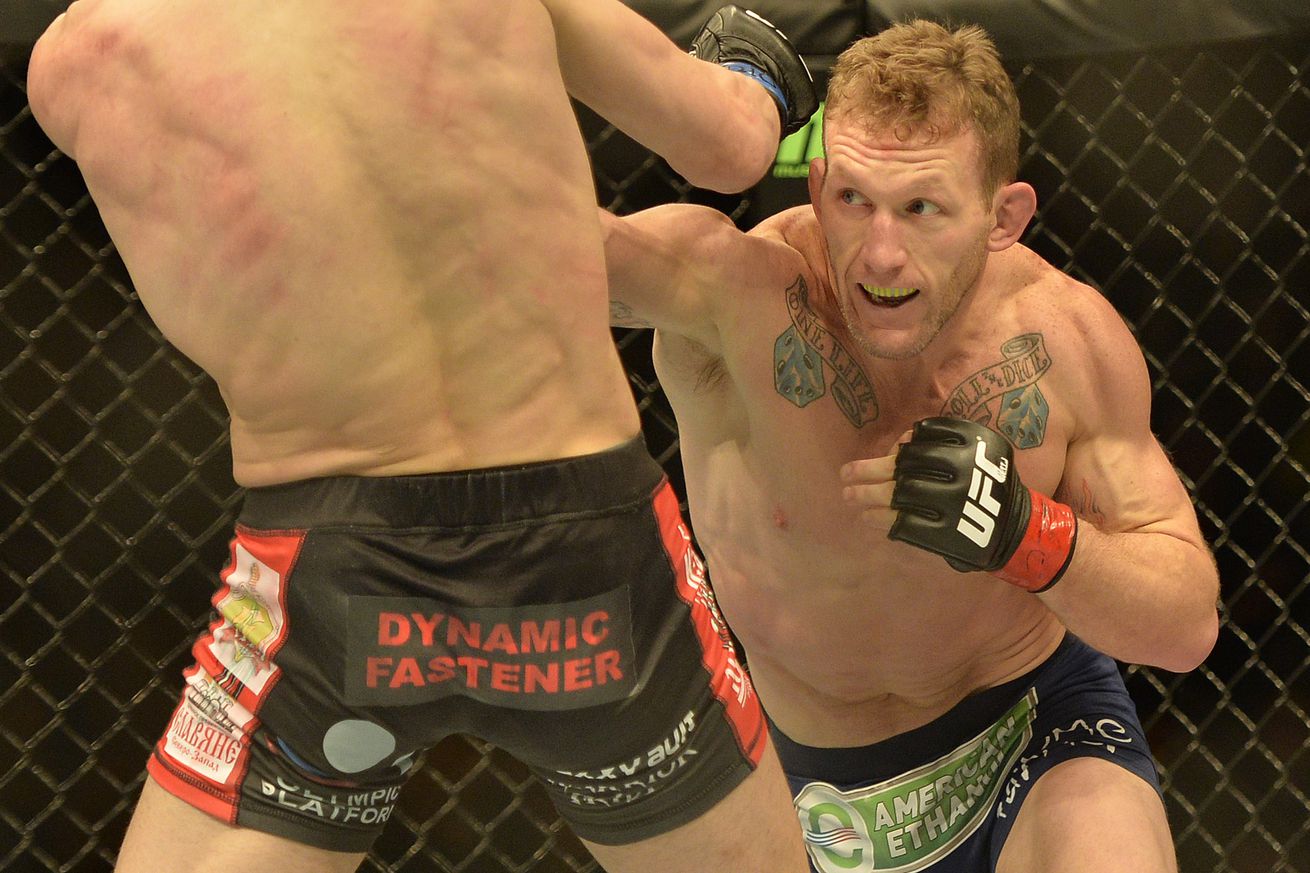 Longtime Ultimate Fighting Championship (UFC) veteran Gray Maynard, who rose to fame as a contestant on The Ultimate Fighter (TUF) 5, will abandon the lightweight division — where he once held the No. 1 contender spot — to try his luck at 145 pounds.

That’s according to a report from Las Vegas Review-Journal.

I don’t think it’s insensitive to suggest another loss marks the end of his ZUFFA career, as the 36-year-old “Bully” is just 1-5-1 over the past six years, is riding a four-fight losing streak, and has been knocked out four times during that span. Hopefully his year-long vacation was enough to get those batteries recharged.

Standing in his way at the upcoming TUF 23 Finale on July 8, 2016 in Las Vegas, Nevada, will be UFC sophomore Fernando Bruno (15-3). “Acougueiro,” 34, made his Octagon debut at UFC 190 following a torrid run on the Brazilian circuit, but was promptly choked out by Glaico Franca.

For the latest and greatest TUF 23 fight card and rumors click here.