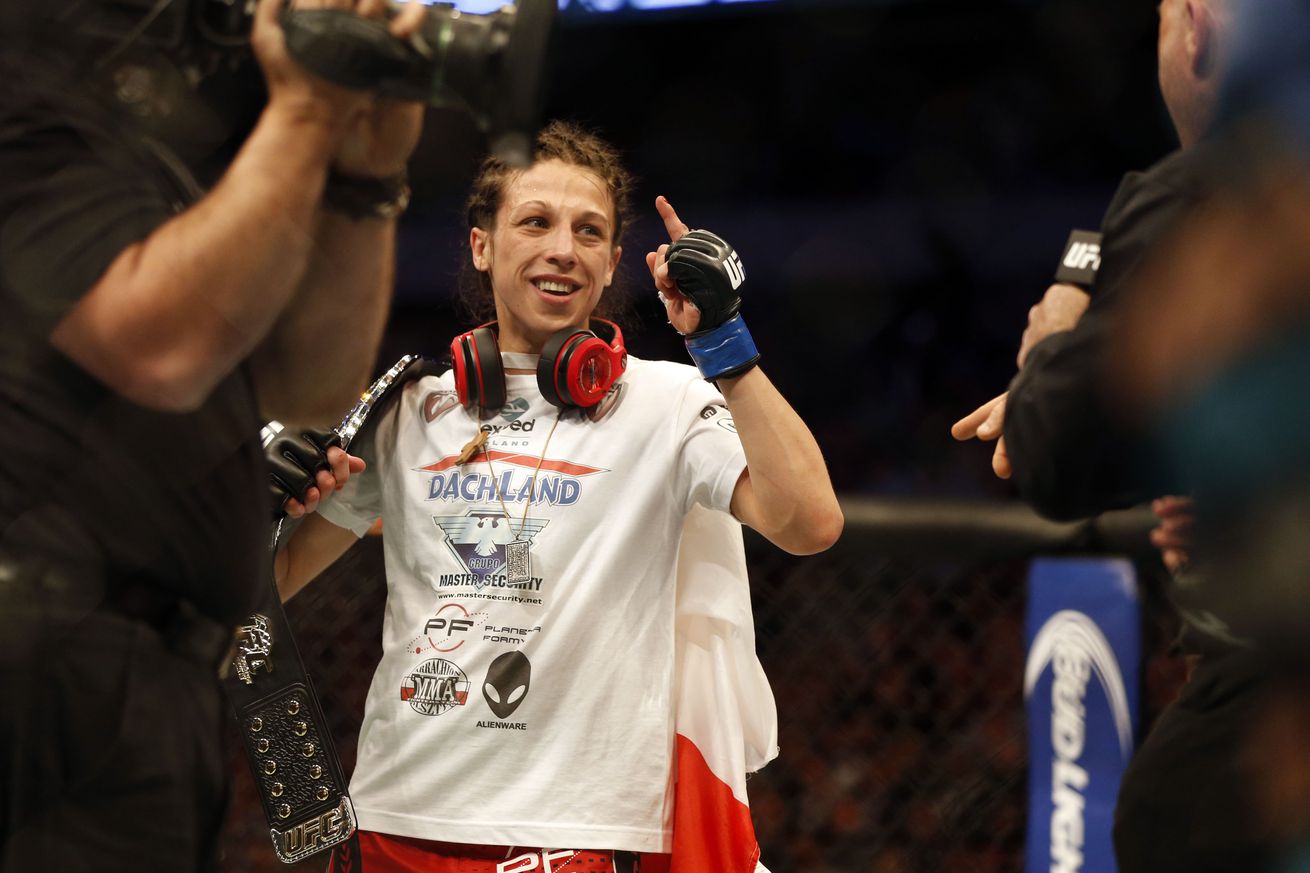 With the way the fight started it looked like the Ultimate Fighting Championship (UFC) women’s Strawweight title might be changing hands at The Ultimate Fighter 23 Finale last night (July 8, 2016). But, Joanna Jedrzejczyk (12-0) survived a slow start and took control of the fight late to earn a unanimous decision victory over Claudia Gadelha (13-2) inside MGM Grand Garden Arena in Las Vegas, Nevada.

Jedrzejczyk’s striking and conditioning proved to be the difference, finding her rhythm and pouring it on late while Gadelha faded after an excellent start in the opening two rounds.

“I feel great. We knew that it was going to be a tough fight with Claudia Gadelha,” Jedrzejczyk told Jon Anik after the fight. “Like I said after our first fight, she is No. 1 and I am the champion and I have so much respect for her.”

Gadelha knocked down Jedrzejczyk with a stiff jab to begin the fight and after the champion got back up to her feet, she landed a takedown. Jedrzejczyk made her way back to her feet and pressed Gadelha into the fence. When the fight went back to the center of the Octagon, Jedrzejczyk opened up with a few nice punches, but Gadelha landed her second takedown of the round. Jedrzejczyk made her way back up again and the two Strawweights remained standing for the rest of the round with neither giving much ground.

The No.1-ranked UFC Strawweight landed another takedown to start out the second round and landed big right hands while in the half guard of Jedrzejczyk. The champion made it back to her feet again, but Gadelha grapevined her leg and kept her pressed up against the fence. Jedrzejczyk was having difficulty handling the relentless pressure of the Brazilian. ….View full article