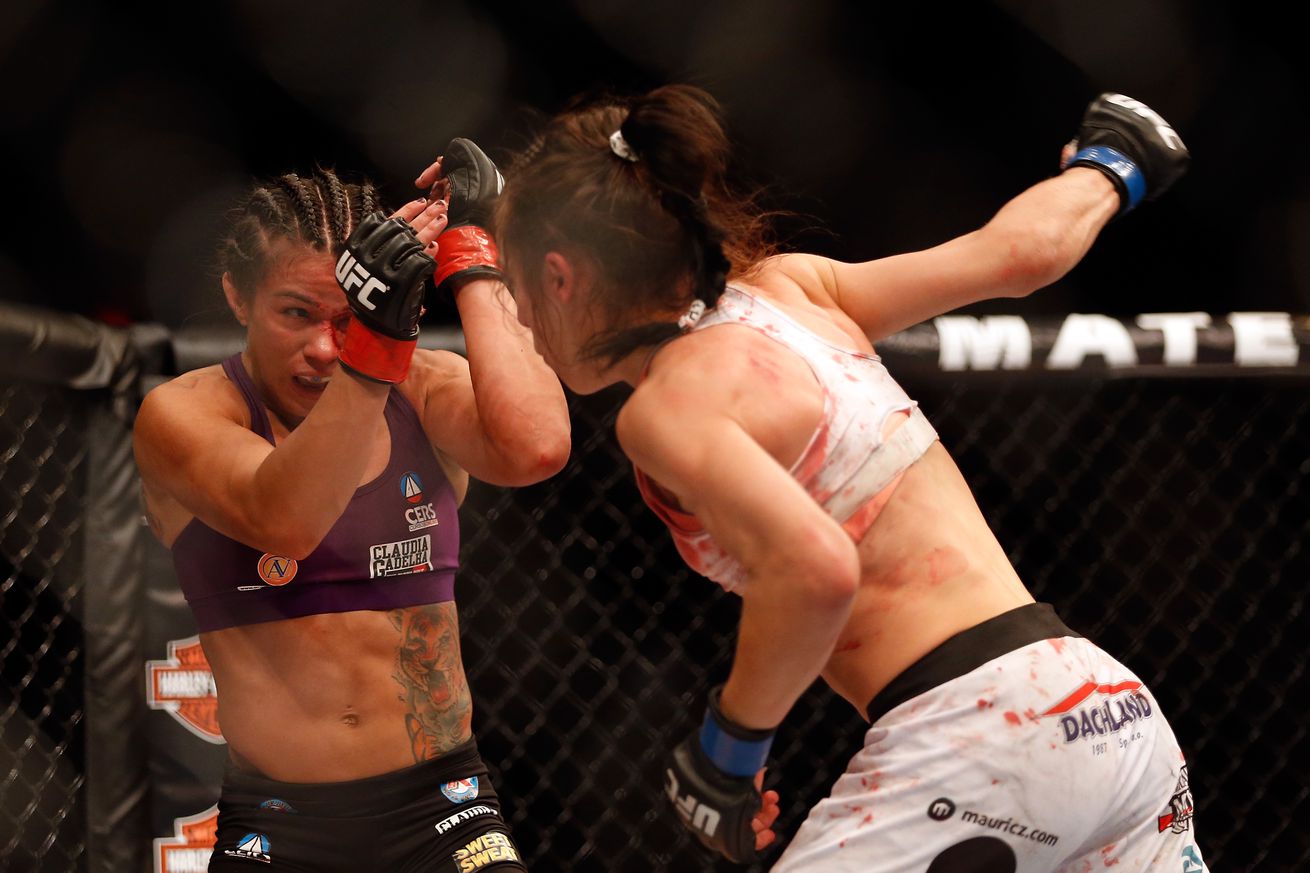 Last night (Fri., July 8, 2016), Joanna Jedrzejczyk and Claudia Gadelha clashed at The Ultimate Fighter 23 Finale inside MGM Grand Garden Arena in Las Vegas, Nevada. In a back-and-forth war, Jedrzejczyk had her hand raised. Find out how below!

Jedrzejczyk has been dominant in each of her UFC fights, except for her first bout with Gadelha. Last night, the Polish kickboxer was looking to prove that she was firmly her foe’s superior, as well as the absolute best Strawweight yet. On the other hand, Gadelha believed that she won the first bout and is rightfully the best in the world. Opposite Jedrzejczyk, she had her chance to right that wrong and capture the strap in one fell swoop.

Immediately, Gadelha dropped her opponent with a hard jab. Jedrzejczyk managed to quickly stand, but Gadelha moved into the clinch and took her opponent down before the kickboxer could truly recover.

Nonetheless, Jedrzejczyk quickly scrambled up to her feet.

On the feet, Gadelha continued to pressure and scored another clinch throw. This time, Gadelha was able to do some considerable damage and control her opponent for a couple minutes.

Jedrzejczyk managed to get back up before the end of the round and get a few strikes off, but it was still the Brazilian’s round.

Gadelha continued her strong start into the second round, landing some hard clinch strikes before finishing a clinch takedown. Jedrzejczyk kept working in an attempt to crawl back to her feet, but Gadelha did a nice job ….View full article