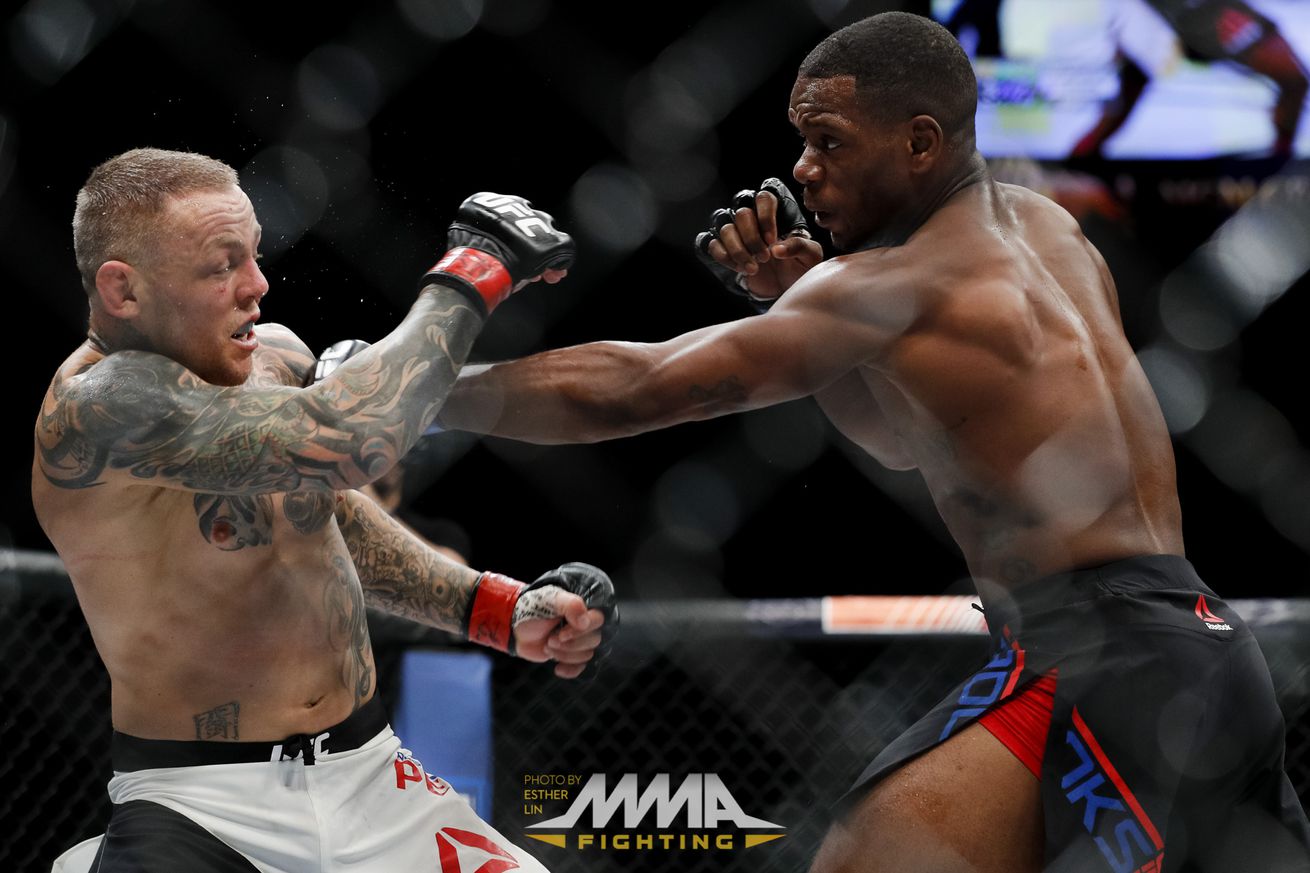 Last night (Thurs., July 8, 2016), Will Brooks and Ross Pearson went to war at The Ultimate FIghter (TUF) 23 Finale inside MGM Grand Garden Arena in Las Vegas, Nevada. In a fun scrap, Brooks came out on top. Find out how below!

Outside of a lone upset loss — which he later avenged — Brooks was flawless in Bellator, capturing and defending the 155-pound strap. Now, he’ll look to continue his winning ways inside the Octagon. On the other hand, Pearson is a hardened UFC veteran who’s consistently battled some of the best in the world. Last night, Pearson was attempting to put together his first win streak in years in addition to dispatching a hyped opponent.

To start the bout, Brooks looked quite comfortable on his feet, trading kicks and punches with the Englishman. For the first half of the round, the former Bellator champion controlled the range and landed the better shots.

Brooks switched it up with a takedown attempt at the mid-point of the round. Though he failed to finish the shot, Brooks was able to land with some effective dirty boxing. To his credit, Pearson defended each of his attempts and turned it on a bit late in the round, landing some of his own blows.

It was a reasonably close round, but Brooks definitely lead most of the dance.

Once more, the fighters were happy to trade in the pocket for a couple minutes before “Ill Will” changed levels. This time, Brooks successfully used a trip to finish the double leg takedown and place Pearson on his back for ….View full article