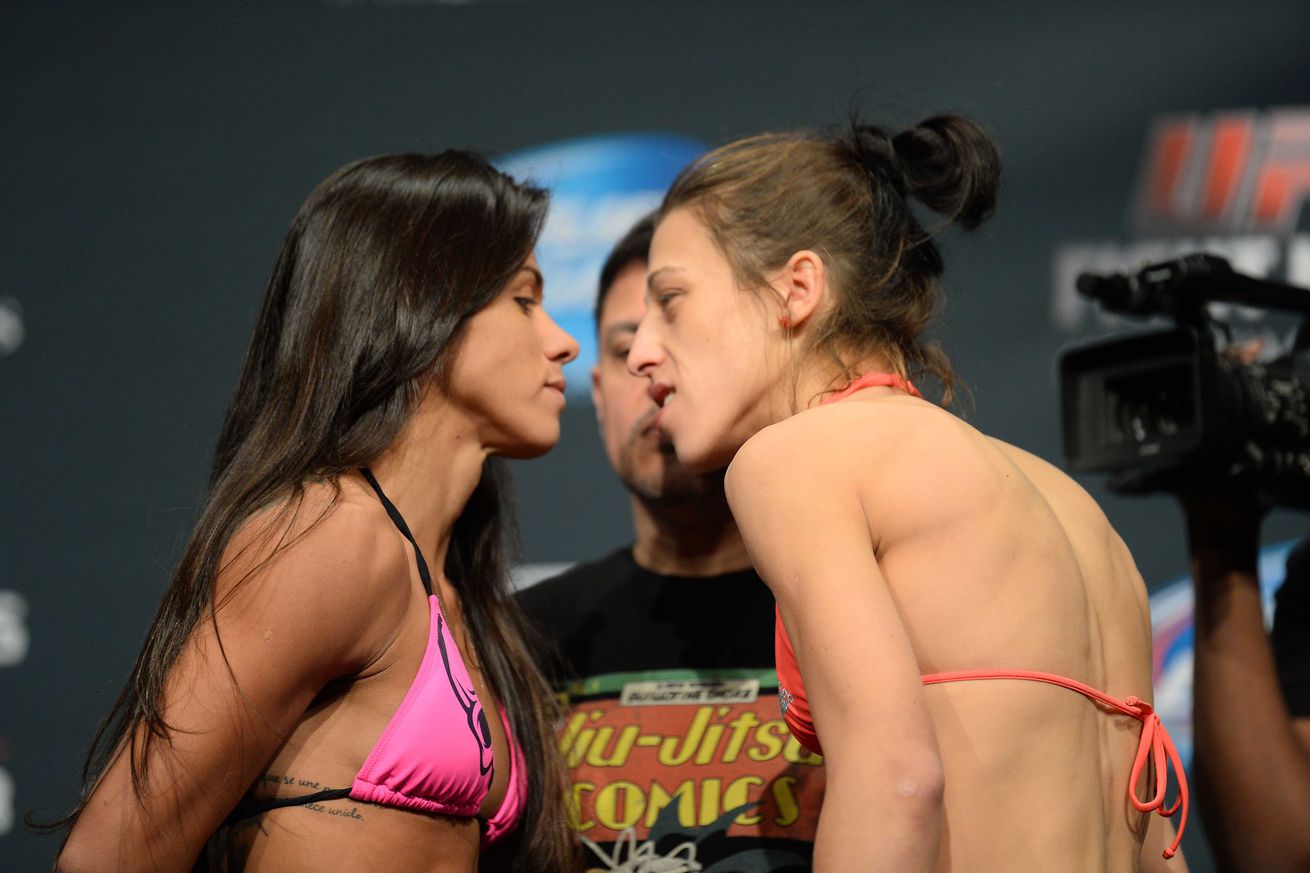 It’s the show everybody stopped watching years ago but just won’t die.

Claudia Gadelha and Joanna Jedrzejczyk will coach the 23rd season of The Ultimate Fighter (TUF) to build up hype for their strawweight championship fight, and while UFC brass are happy to put these two feisty women on TV, Gadelha’s coach isn’t so excited.

After all, Nova Uniao head coach Andre Pederneiras already went through a similar level of drama recently with Jose Aldo and Conor McGregor. The Brazilian told MMAfighting.com’s Guilherme Cruz that this could be even worse:

I have to admit, while I have come to literally despise the reality TV show for the watered down borefest that it is, I am somewhat intrigued to imagine the otherwise charming Jedrzejczyk forced to hold back her fury for 45 days.

Doesn’t mean I’m going to watch. I said I was intrigued.

Gadelha and Jedrzejczyk fought once before in what seems like a lifetime ago, but in reality was exactly 14 months ago to the day. It was the UFC debut of the Brazilian fighter, who lost via split decision.

Since that time, Gadelha has won one fight, while the Polish fighter has gone on a tear, winning three fights that included the strawweight belt and has already defended it twice.

Pederneiras says he expects this fight to be as tough as the first one, but ….View full article