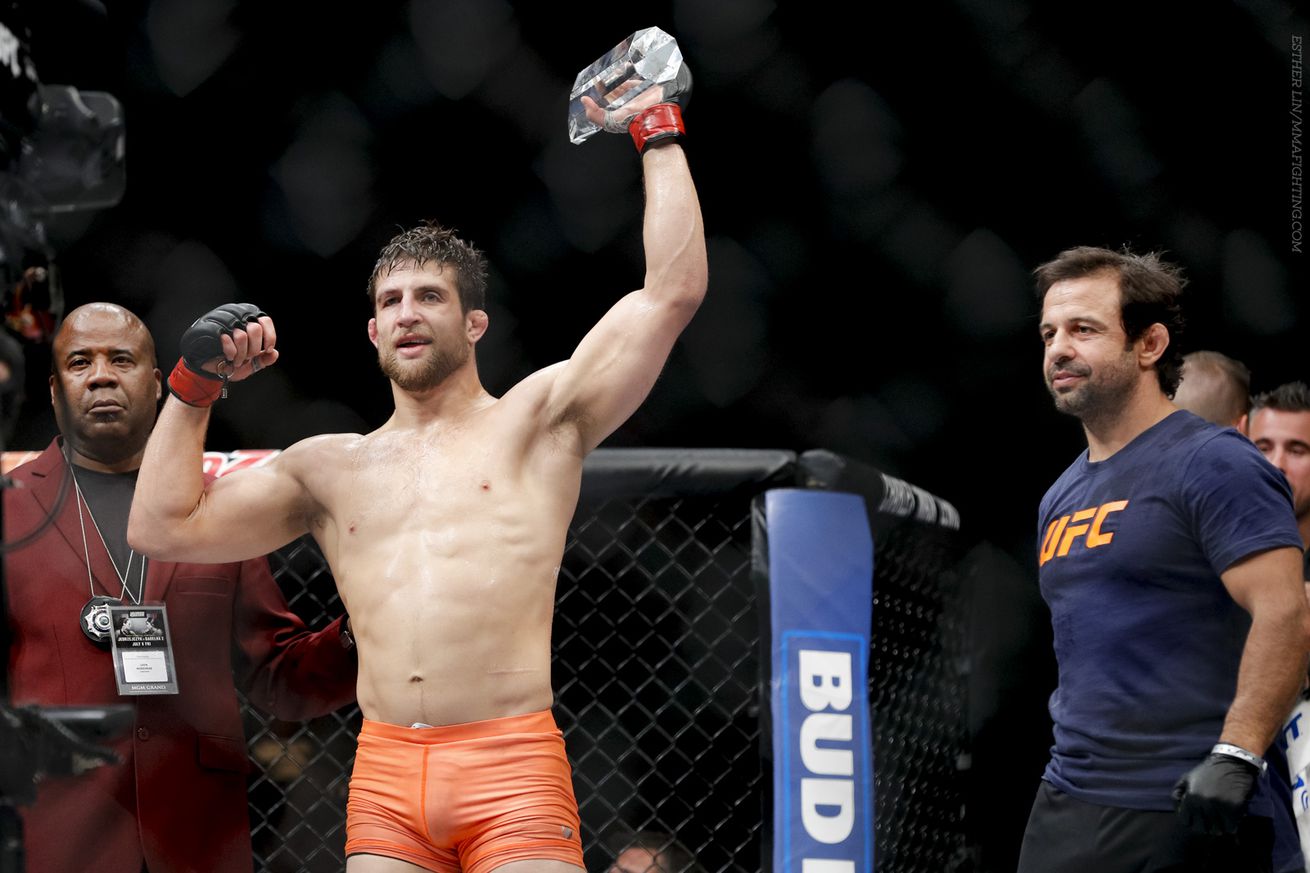 After winning The Ultimate Fighter 23 as a light heavyweight, 28-year-old prospect Andrew Sanchez is dropping back down to his natural class at middleweight to fight Trevor Smith on Dec. 9 at UFC Fight Night 102. The UFC announced the match-up on Thursday.

Sanchez (8-2) won four consecutive bouts on TUF 23 to capture the season’s crown, defeating Phil Hawes, Myron Dennis, and Eric Spicely on the show, then dominating Khalil Rountree to win via lopsided decision in the season finale. A former RFA middleweight champion, Sanchez has finished all but one of his professional victories via stoppage.

He’ll now begin his UFC journey in earnest against Smith (14-6), a hard-nosed veteran who recently put together the first winning streak of his UFC career with a pair of decisions over Dan Miller and Joe Gigliotti. Prior to that, Smith struggled, losing four of his first six Octagon bouts, including a pair of losses to Thales Leites and Caio Magalhaes that ended in less than 46 seconds.

UFC Fight Night 102 takes place at Times Union Center in Albany, New York. The entire event will stream live on UFC Fight Pass and is headlined by a heavyweight contest between Derrick Lewis and Shamil Abdurakhimov.

An updated UFC Fight Night 102 fight card can be seen below.