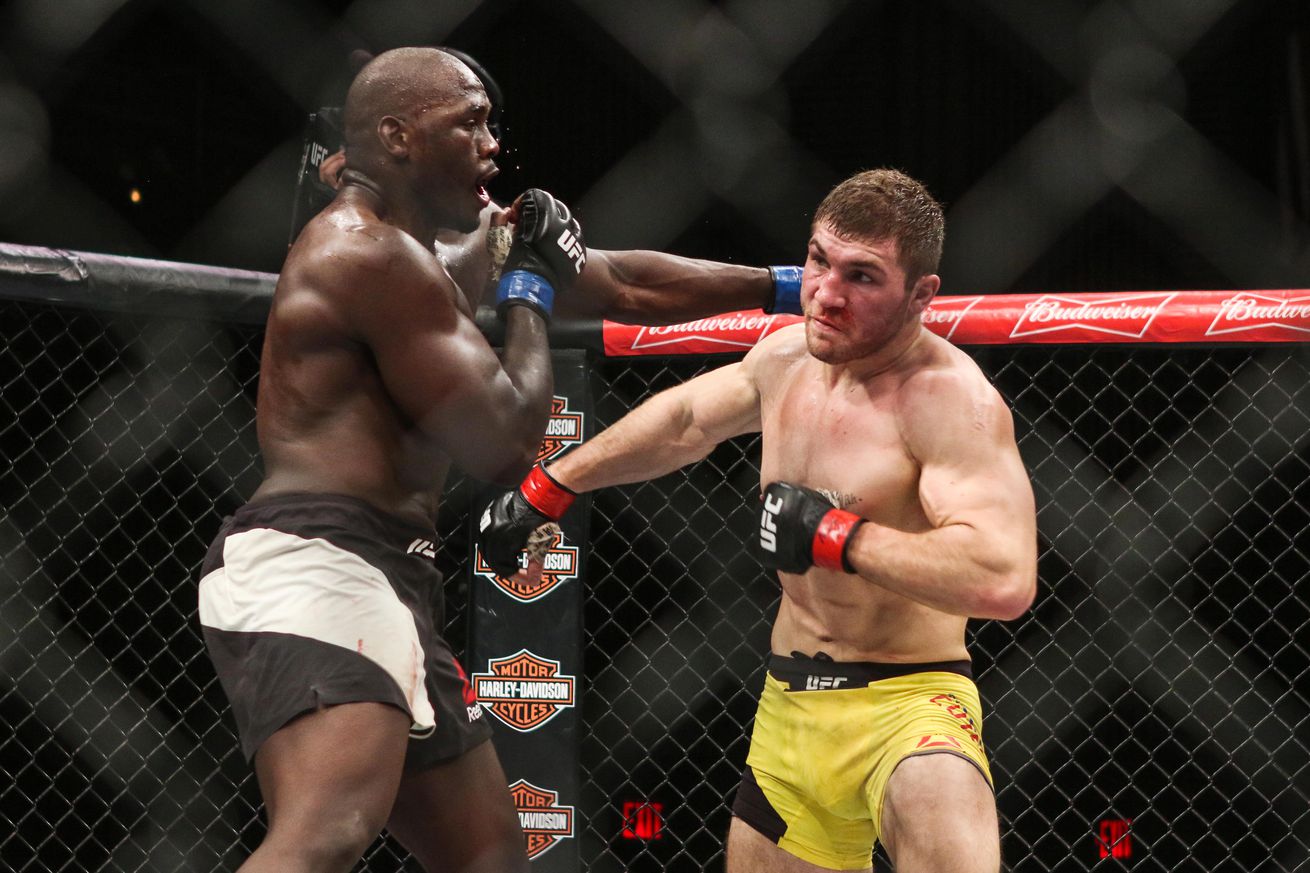 After throwing bombs at each other for 15 minutes, Jared Cannonier and Ion Cutelaba are taking home $50,000 each.

Out of all the wild fights at Saturday’s The Ultimate Fighter 24 Finale in Las Vegas, Cannonier vs. Cutelaba came out on top, taking the Fight of the Night awards. Cannonier looked to be in trouble early in the fight, as Cutelaba placed high pressure, dropping Cannonier in the first round. From then on, Cannonier gained strength and came back to win in exciting fashion.

With this win, Cannonier is now on a two-fight winning streak and 2-1 in the UFC, while Cutelaba now falls to 1-2 in the promotion.

In the Performance of the Night bonuses, Sara McMann and Anthony Smith earned $50,000 for stopping their respective opponents.

McMann put on an impressive performance, becoming the first person to submit Alexis Davis in an MMA bout. McMann stopped the jiu-jitsu black belt with an arm-triangle choke in the second round. She’s now on a two-fight winning streak.

Like McMann, Smith also ended his fight in the second round, but in a different manner. The 28-year-old middleweight earned a brutal technical knockout over Elvis Mutapcic, improving his professional record to 26–12.