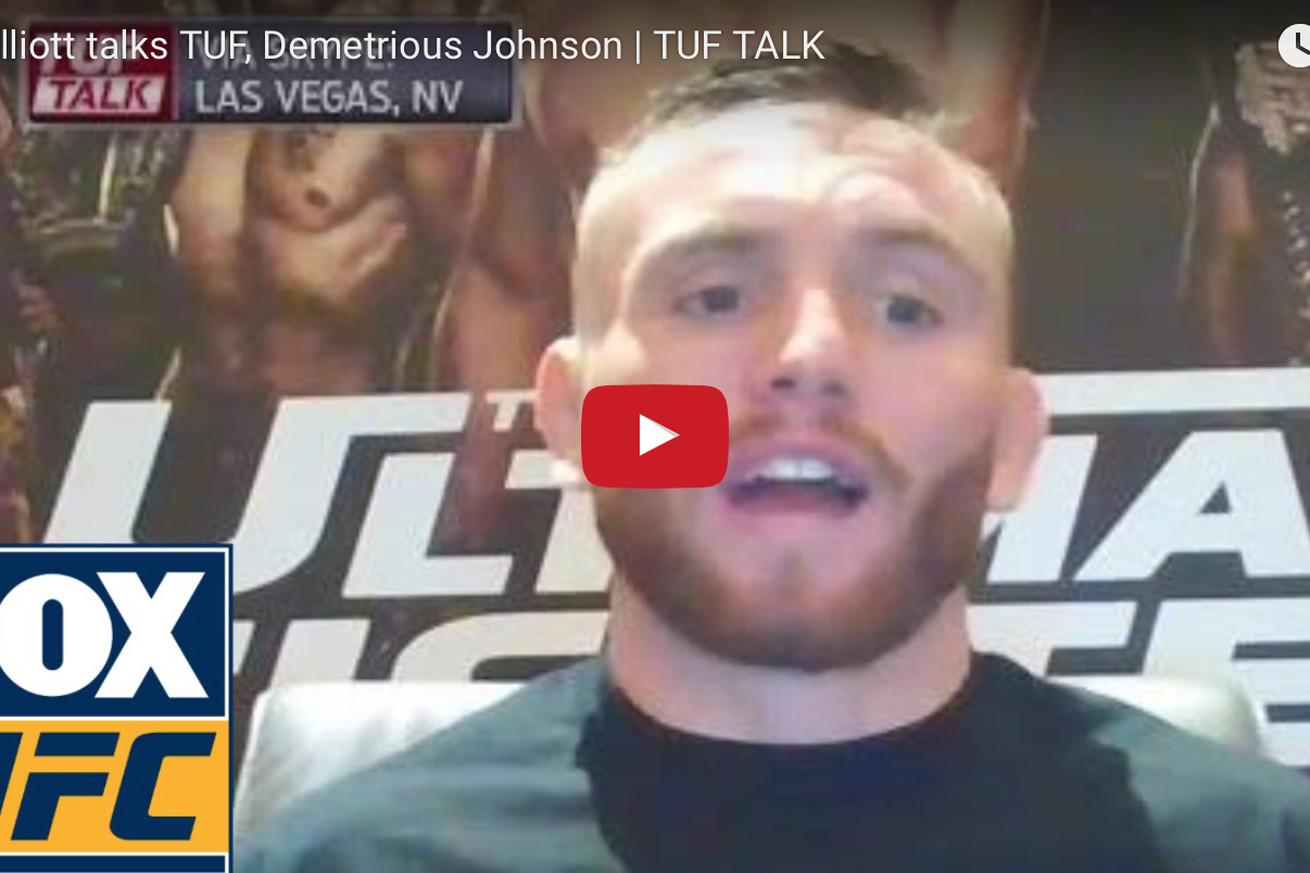 Ultimate Fighting Championship (UFC) flyweight Tim Elliot, 29, was unranked at 125 pounds at the start of The Ultimate Fighter (TUF) 24 back in September. Heck, he didn’t even have a UFC contract.

Three months later and he’s facing the pound-for-pound best fighter in the world.

That’s because Elliot, flyweight champion of Titan FC, was able to capture the glass trophy on TUF 24 (more on that here), which went a long way in clouding the collective memory of the three-fight losing streak that earned him his walking papers in 2015.

“When I got signed to the UFC, I wasn’t ready,” Elliott told ESPN. “I was green. I was just getting started. I was hired by the UFC and fired by the UFC before I ever even had any punching technique.”

“I try not to think too much about my opponents, what they do, what they are good at, what holes they may have in their game,” Elliot assured UFC.com. “With Johnson, it’s different, he’s been the champ for so long it’s hard to think about the 125-pound division and not think ‘Mighty Mouse.’ I think he is a great champion and will go down as a legend in the sport. I look forward to December 3.”

Hey, anything can happen.

Remember last time a TUF winner got to fight the champ tho? pic.twitter.com/ZZ5WfK9Iie

Elliot (13-6-1) will get the chance to make history against Johnson in the five-round main event of the upcoming TUF 24 Finale this Saturday night (Dec. 3, 2016) inside Palms Casino Resort in Las Vegas, Nevada, airing live on FOX Sports 1.