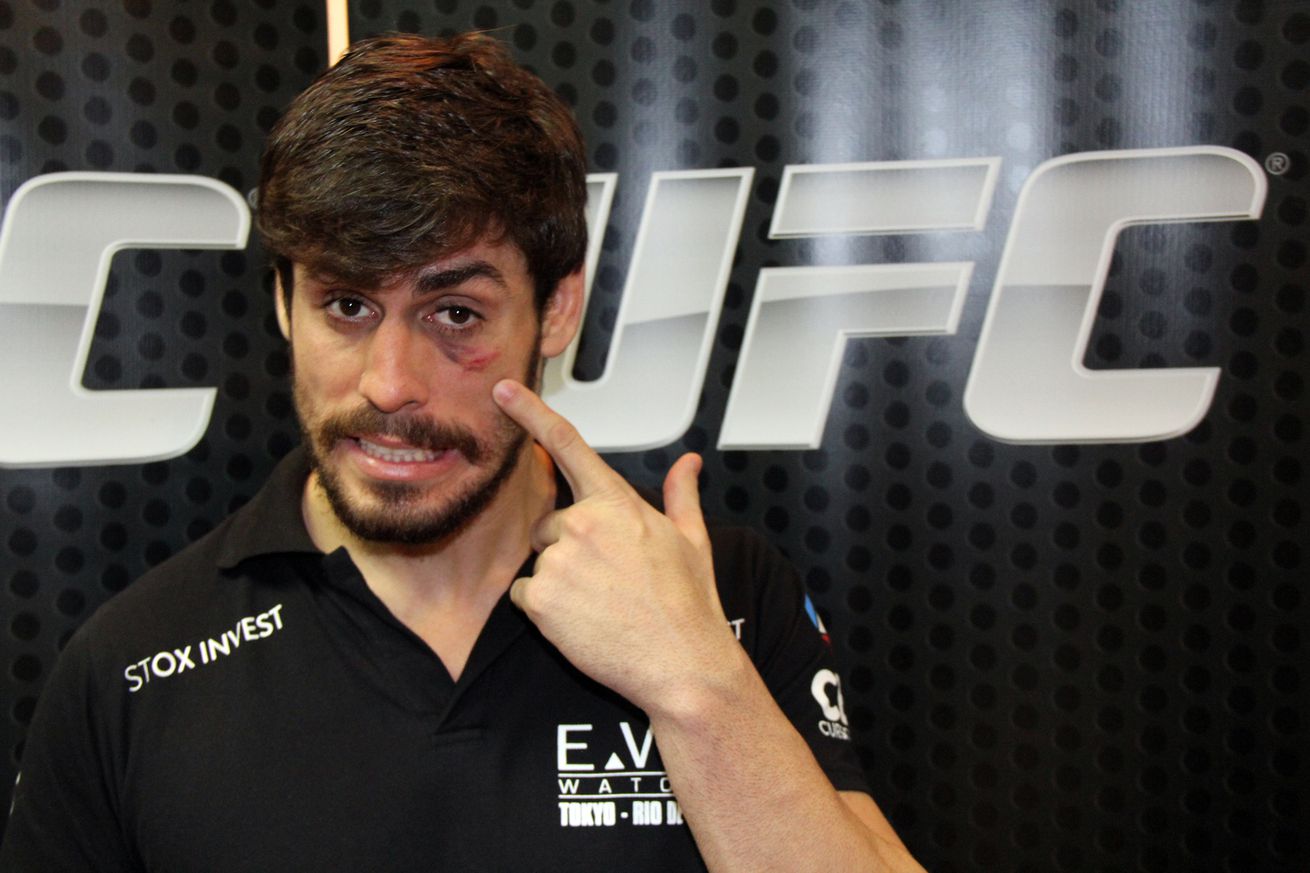 RIO DE JANEIRO, Brazil — Antonio Carlos Junior is a different fighter compared to the last time he fought in Brazil.

Back in Dec. 2014, 17 months after making his MMA debut, “Cara de Sapato” was already an Ultimate Fighter: Brazil heavyweight winner heading back down to the light heavyweight to face Patrick Cummins. Things didn’t go his way, but his first MMA defeat thought him important lessons.

Now, with only one defeat over his last five UFC bouts, Junior celebrates his return to Brazil by facing Eric Spicely in the preliminary portion of UFC 212, and he sees the opportunity as a perfect chance to showcase his evolution.

“It will be awesome to have the crowd supporting me, my friends and family,” Junior told MMA Fighting. “I believe I’ve evolved a lot in my game since then. I want to put on a good fight and get my third straight victory.”

A multiple-time jiu-jitsu champion, “Cara de Sapato” enters his 10th professional bout with just a pair of losses in his record, however he only started seeing himself as a true mixed martial artist recently after leaving Brazil to train at American Top Team.

“Even though I won The Ultimate Fighter, I was still too immature in that fight against Patrick Cummins,” Junior said. “I moved to the United States to train at ATT, fought a few times more, and I’m more experienced now.

“I had previous experience from my career in jiu-jitsu, but I lacked experience in MMA. I knew I was too light for 205 pounds even though I fought at heavyweight on TUF, but I’ve evolved a lot a a fighter, especially in wrestling and with the diet. I’m more mature and experienced now.”

“Cara de Sapato” won three of his five UFC bouts as a middleweight — one of his fights ended in a no-contest after just 11 seconds due to an accidental eye poke — but the idea of moving down to 185 pounds was something that scared the jiu-jitsu black belt.

“I lacked experience in the cage, fighting, and lacked confidence in the weight area,” he said. “I never cut weight before in jiu-jitsu, so I was having this experience for the first time in my life in the UFC, and that scared me. I had no idea how my body would respond. I decided to cut weight after that fight (with Cummins). I took some time off to test the weight cut, and now I have a great team around me to take care of that.

“It was hard for me because I only had three MMA fights when I entered The Ultimate Fighter, and I was still immature. I had to learn the hard way. There’s no easy fight in the UFC and that’s good, but was also hard for me. I found myself now. I’m going for my third straight win, heading to the top.”

Across the cage Saturday night, Spicely will also look to add another win to his finishing streak after a pair of submissions, including a first-round upset over Thiago Santos last September in Brazil.

“He’s a tough guy,” Junior said of his opponent. “He submitted (Thiago Santos) ‘Marreta’ and then Alessio (Di Chirico), so he’s dangerous on the ground. He has some good attacks, is flexible, but that’s where I have more experience. I do this since I was a kid. I fought the best, trained with great grapplers. I’ll be prepared for anything he might try. What he does best is what I do best, so I’m capable of submitting him and come out victorious.”

As someone who is always respectful towards his opponents, “Cara de Sapato” hopes Spicely is confident enough to try to test his jiu-jitsu against an absolute Pan-American champion.

But if Spicely decides to keep it standing, Junior will do his part to get him on the ground.